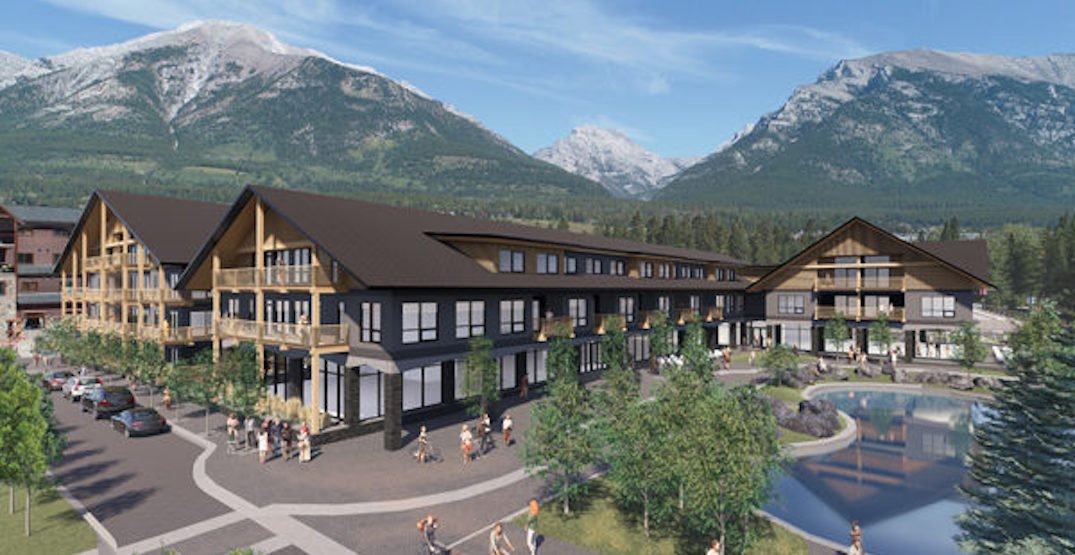 The latest phase of the new Spring Creek neighbourhood in the resort community of Canmore is underway.

The four-storey Tamarack, the fourth building in Spring Creek, contains 80 condominiums with a construction value of over $50 million, according to a release.

But what is particularly unique about this development is it has the municipality’s “Tourist Home” permitted use zoning, allowing homeowners to use these units as either a permanent residence or for short-term rentals such as Airbnb.

Without the designation, homes illegally rented for terms shorter than 30 days face municipal fines starting at $2,500.

“The community layout sets this building apart with a uniquely-grand entrance. A broad, scenic road that leads to the Tamarack is designed to feel like approaching a luxury hotel,” reads the release.

“Tamarack is split into two distinct wings, with the Lofts at Tamarack on one side and the Residences at Tamarack on the other. As a nod to its picturesque surroundings, textures and finishes offered within these homes are nature-inspired.”

The homes, both in single-storey and two-storey configurations, with between one bedroom and three bedrooms, range from 720 sq. ft. to 2,331. sq. ft.

On the ground level, the building incorporates commercial space and amenities, including a fitness area, jacuzzi hot tub, and spa area.

Construction on Tamarack is slated to begin this fall. When complete in late 2021, Spring Creek will be roughly half complete.

Jack Pine Lodge, an earlier phase currently under construction, is expected to be ready for its residents in 2020, but it does not offer short-term rental possibilities.