From office to mixed-use buildings, Calgary is home to many unique concrete, steel, and glass giants. With so many different buildings towering over one another, here’s a look at the 20 tallest buildings in Calgary right now. 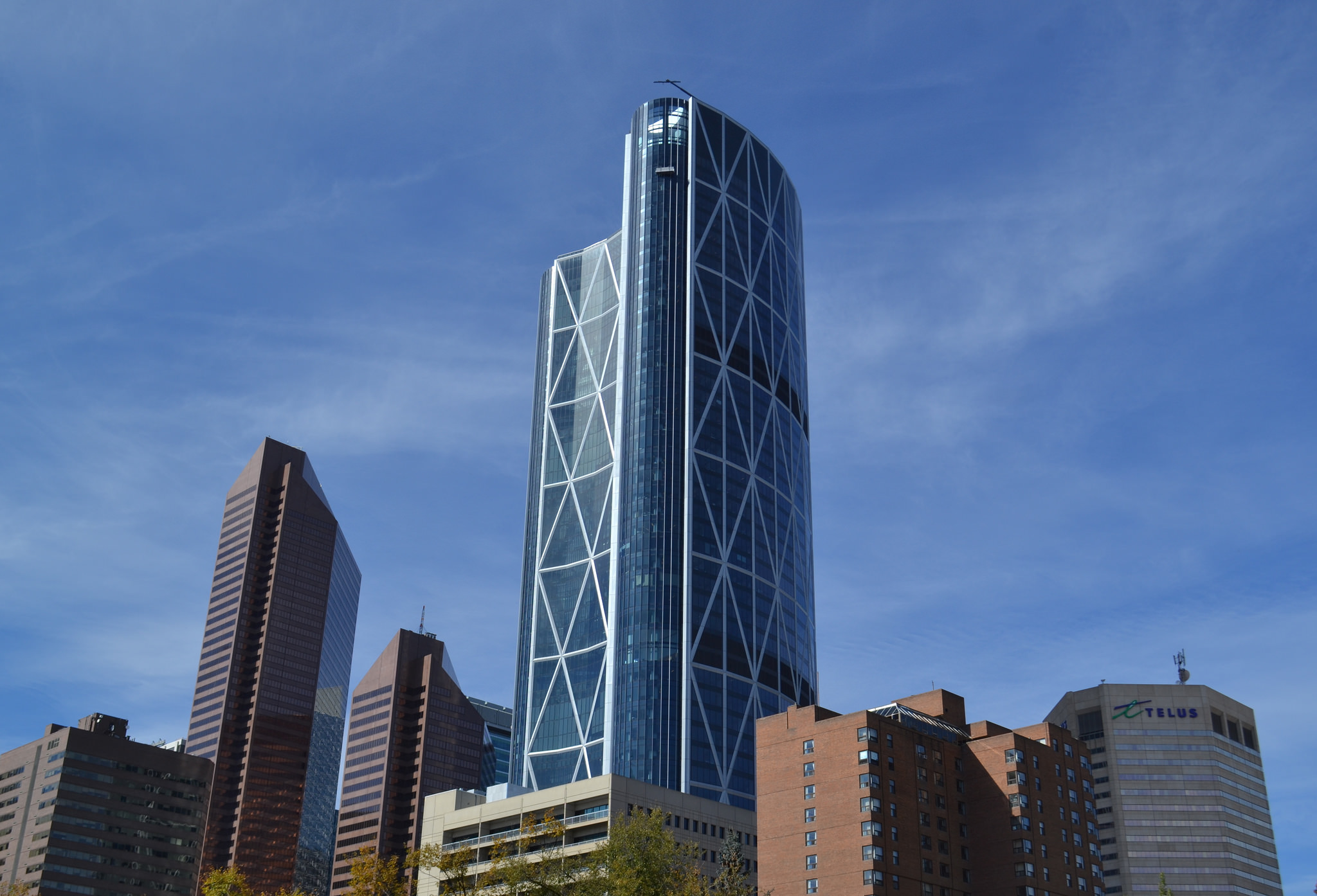 Opening in 2012, the Bow Skyscraper is a beautiful addition to Calgary’s skyline. Boasting large windows and a crisscross-like design, The Bow sits as the largest skyscraper in Calgary. It also plays host to “Wonderland“, a popular piece of public art. 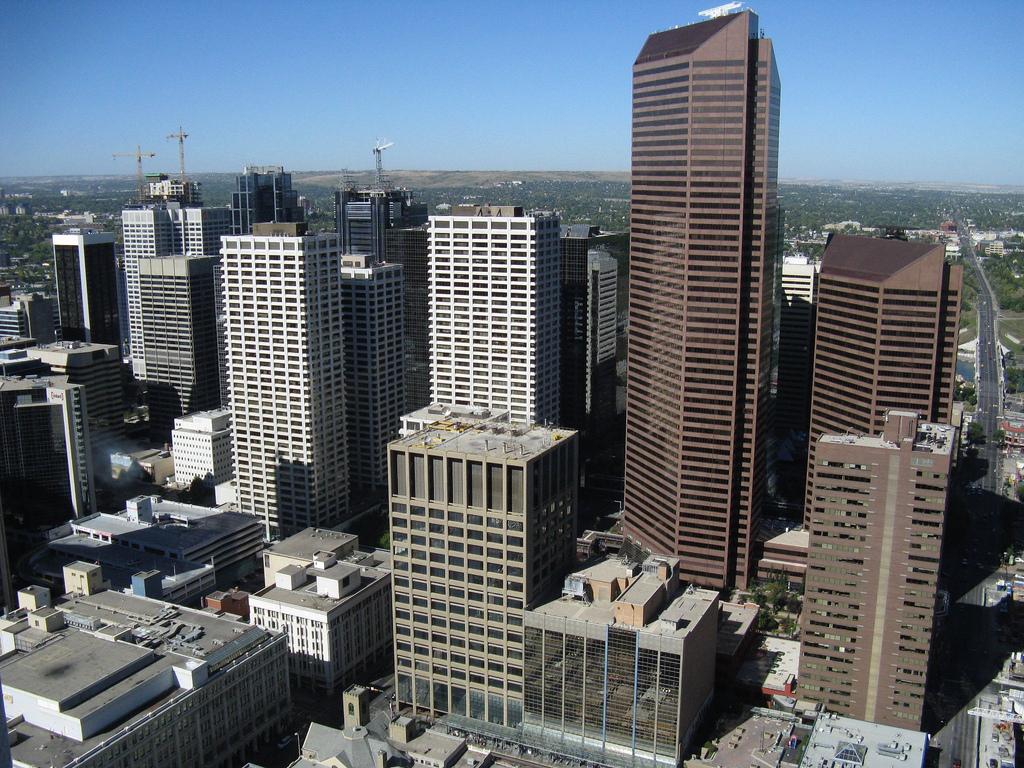 Suncor Energy Centre was built in 1984, making it an older building but is still the second tallest building in Calgary. It encompasses over two million square feet of office and retail space. It is also a certified green building with a Gold level of certification in the Leadership in Energy and Environmental Design (LEED) Existing Buildings: Operations and Maintenance program. 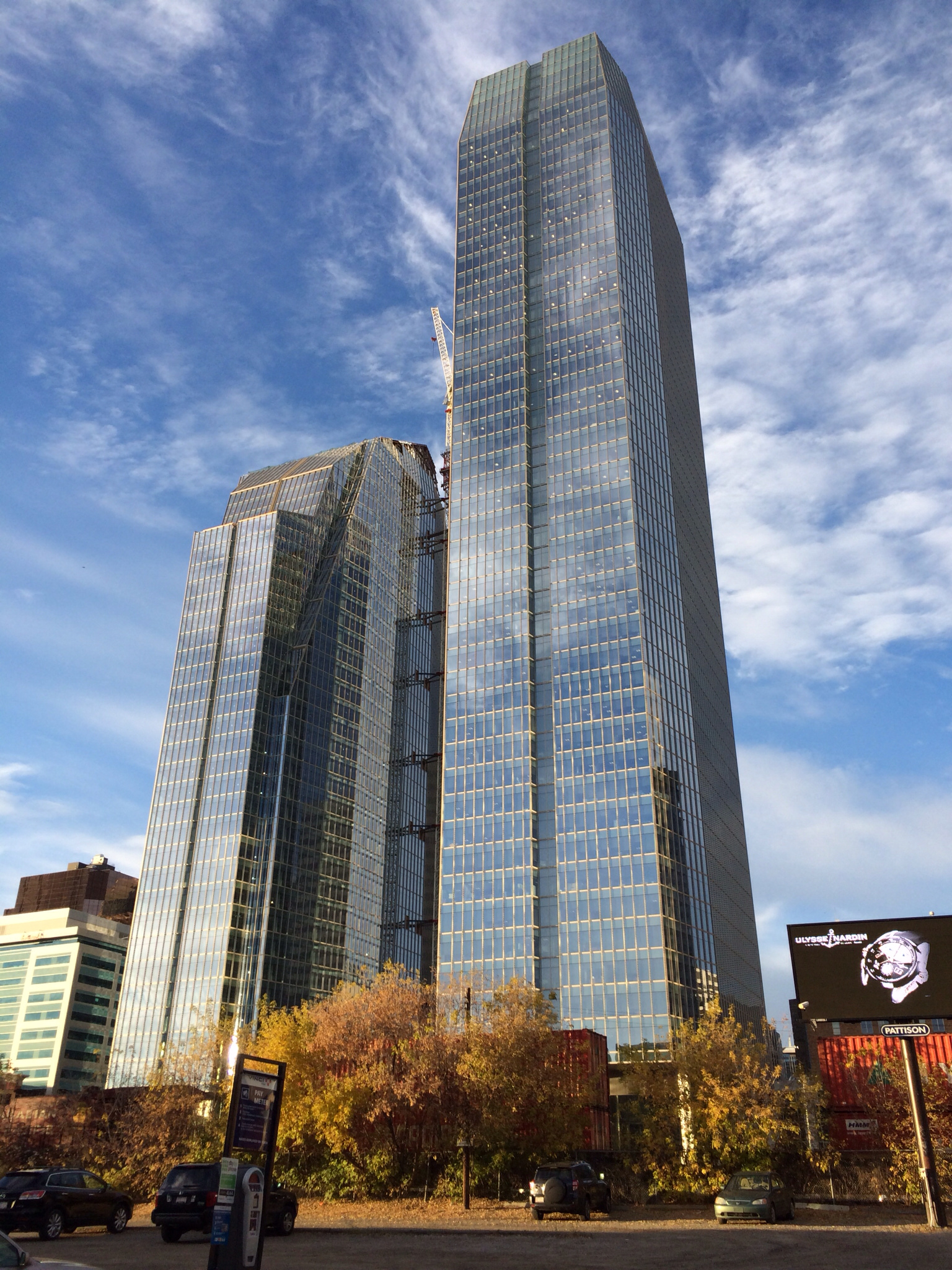 Since 2011, Eighth Avenue Place I has added a sleek look to the skyline, and its design was inspired after the mountains. Made out of mostly metal and glass, the highrise is mainly used for office and some retail. 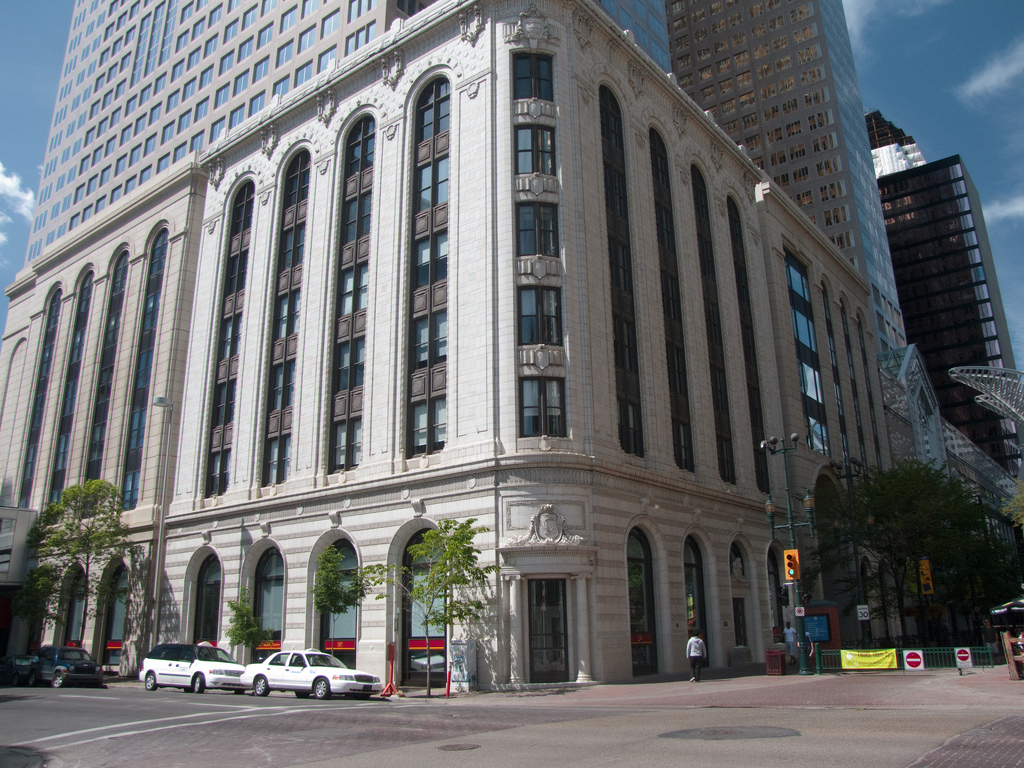 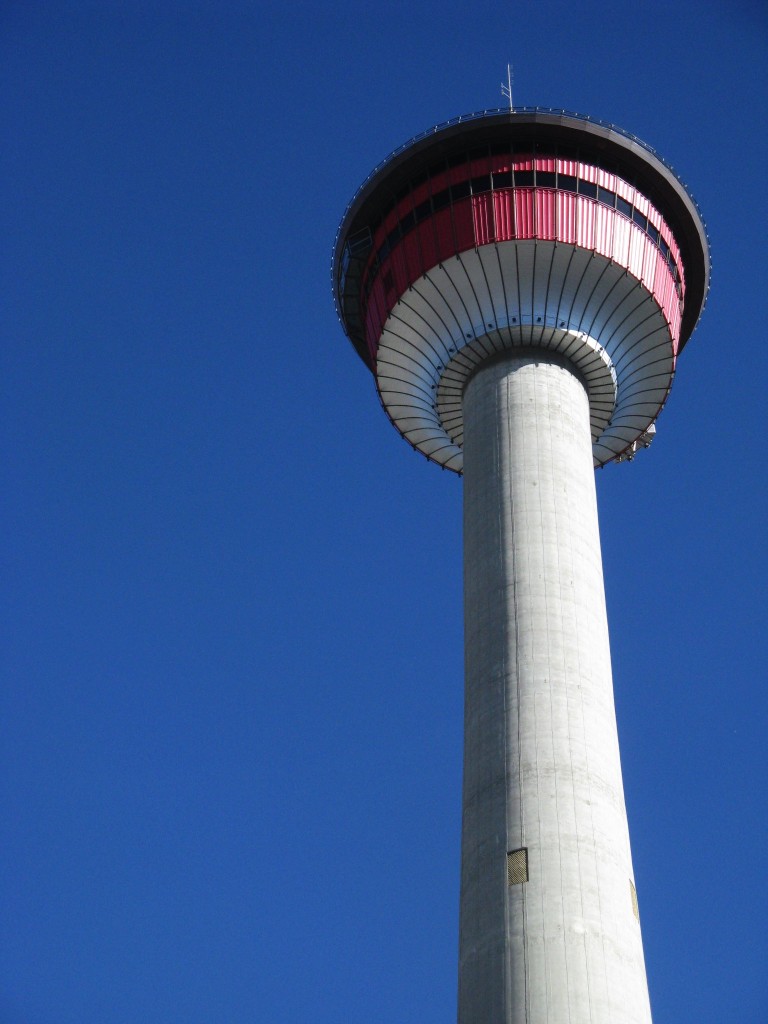 The iconic Calgary Tower opened to the public as Calgary’s tallest building in 1967. Today, the Calgary Tower is home to the highest 360° observation deck in the world. 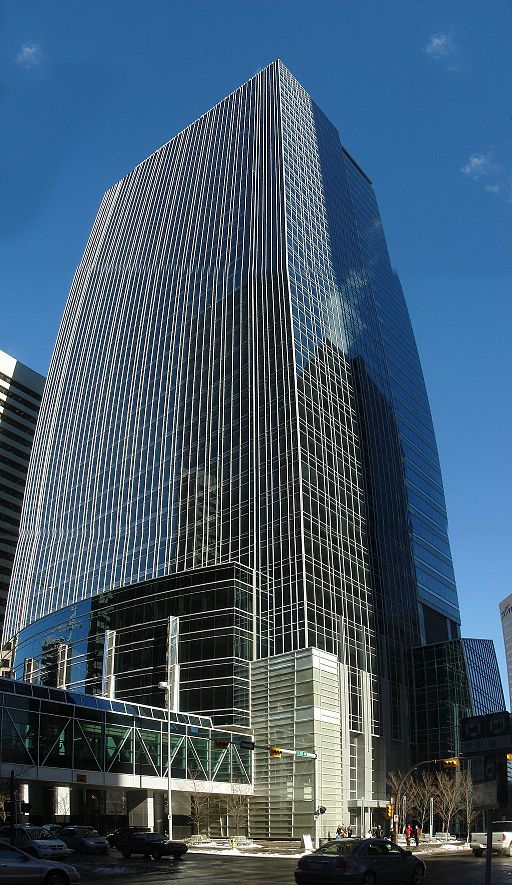 This office tower was completed in 2001 and is the head office of TransCanda Pipelines, a leading energy company in North America. 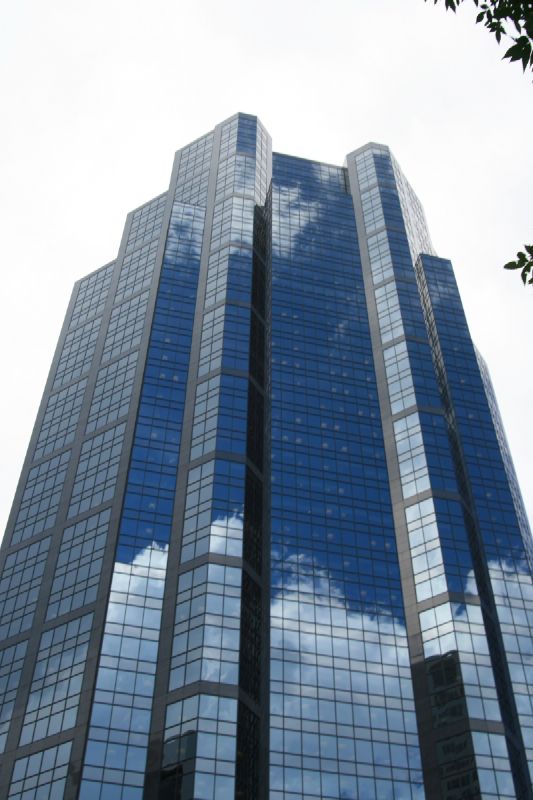 The Canterra Tower is considered a Class “AAA” office tower located in Eau Claire and opened to its first tenant in 1988. 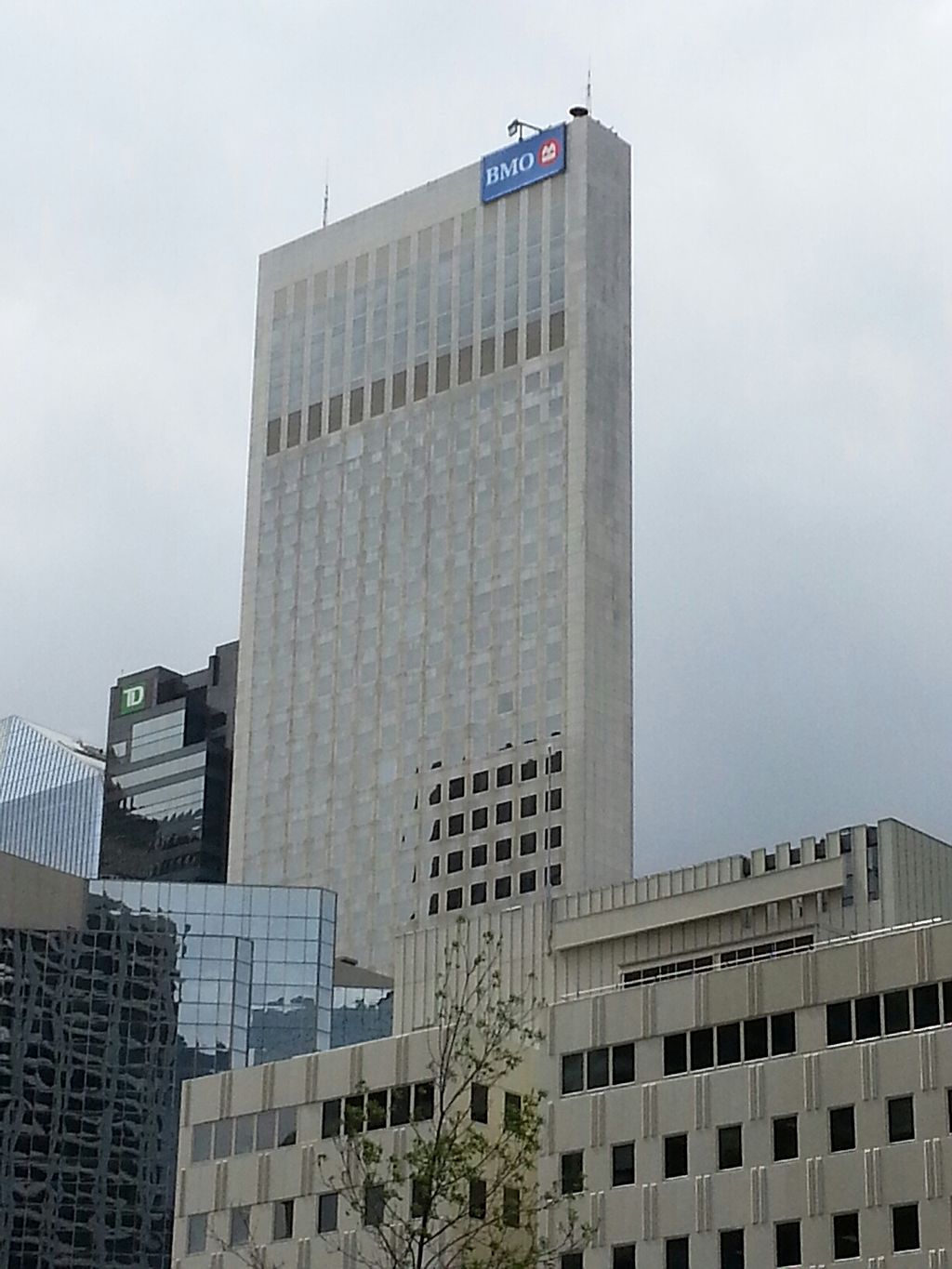 Located in the heart of downtown, First Candian Centre – West Tower was built in 1983. The building is currently pursuing BOMA BESt certification and is managed by GWL Realty Advisors. 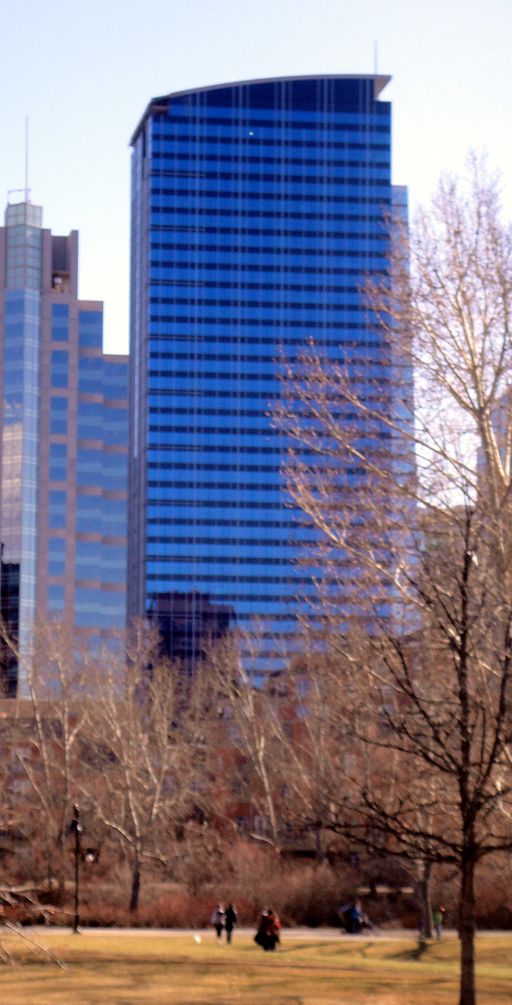 Being a “AAA” two tower office building in Eau Claire, Centennial Place I was built to LEED Gold standards and provides exceptional views of the city.

Built in 1983, this office building has sleek edges and is considered to be a Class A tower with a BOMA BESt Level 3 certification. 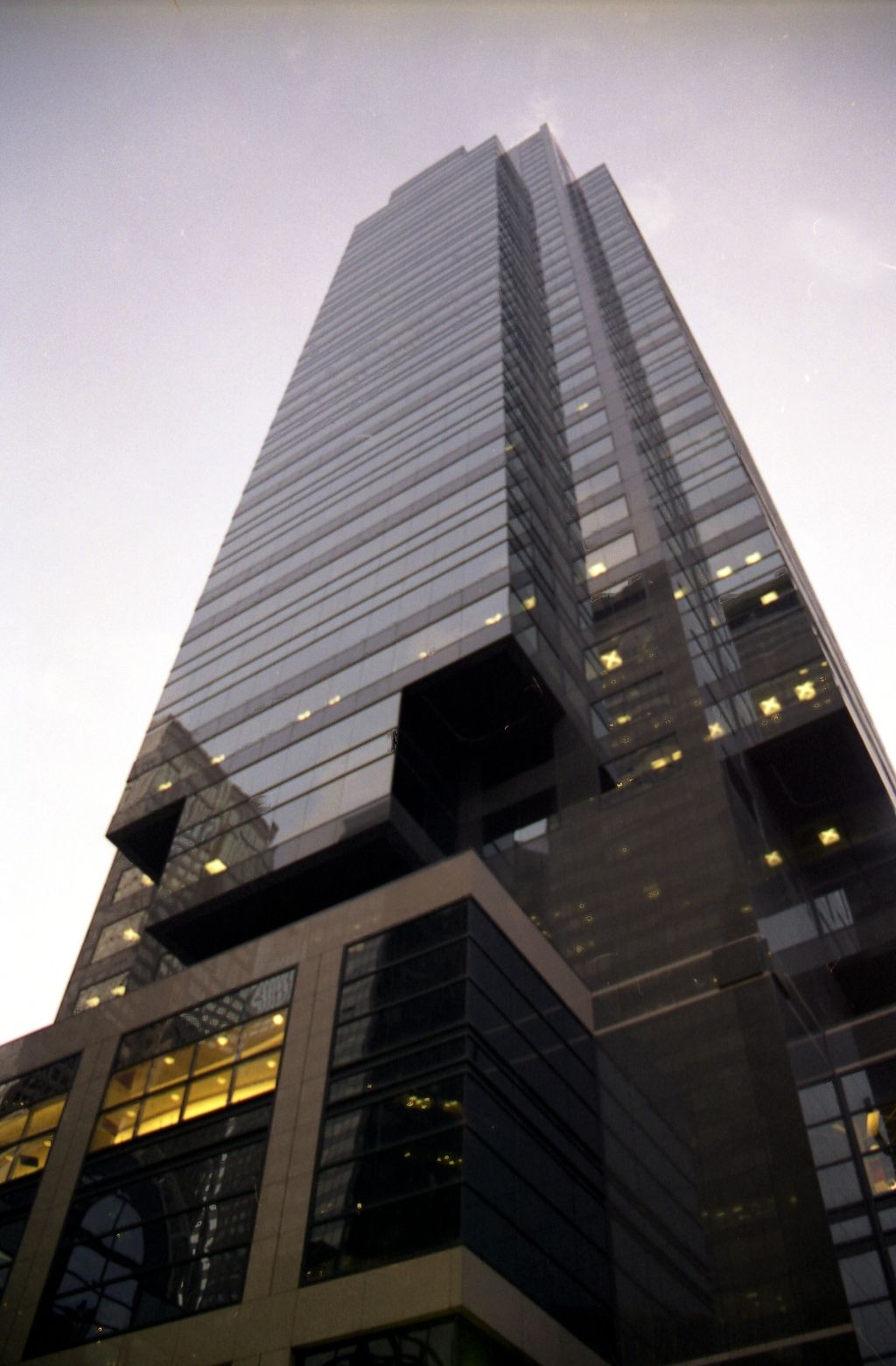 The TD Canada Trust Tower opened in 1991, in the heart of downtown Calgary. It’s close to restaurants, shops and entertainment. 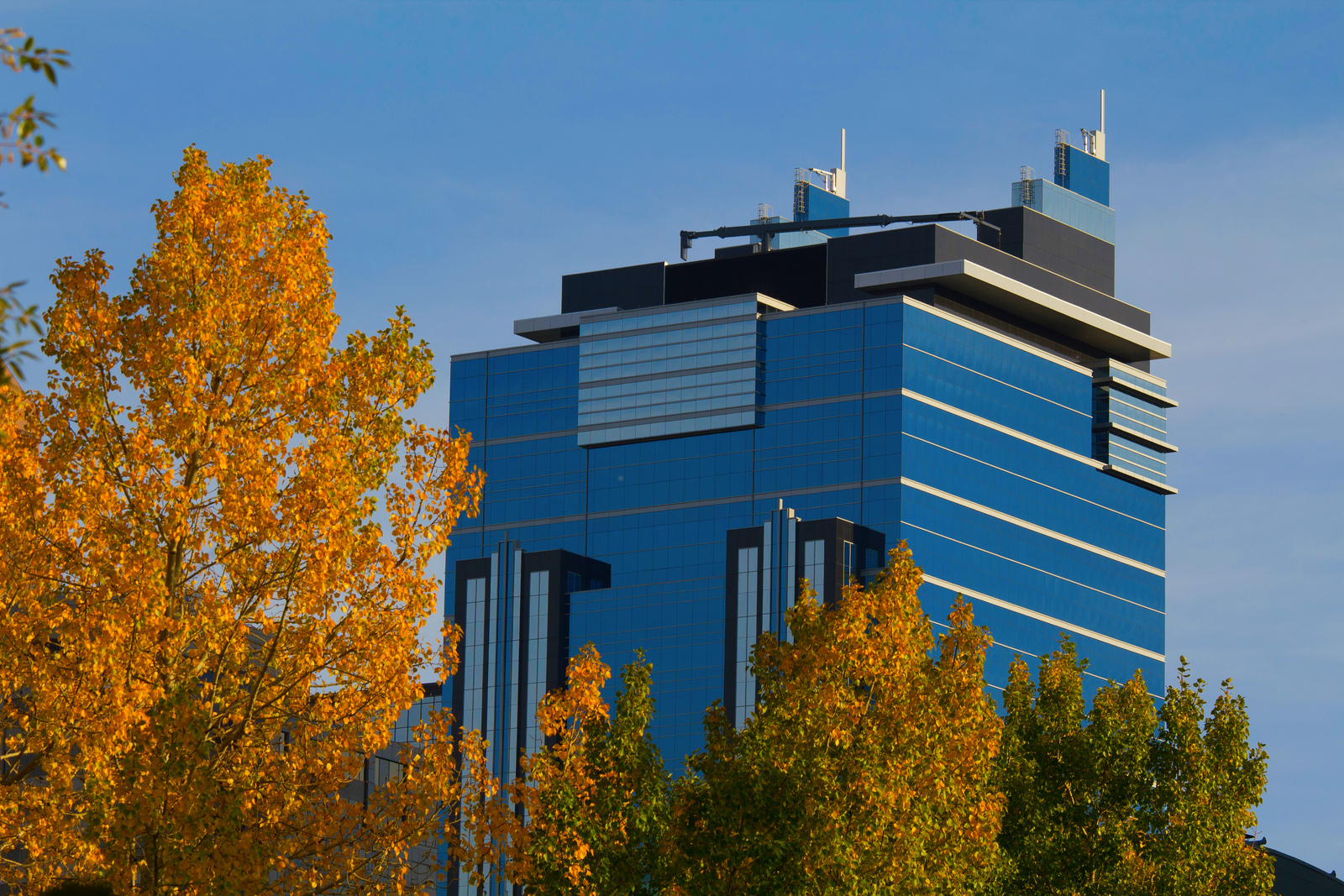 Finished construction in 2010, Jamieson Place has unique features on the roof of the building. The building’s height is 518 feet, but if you include the spire on top it actually comes to 558 feet.

The Scotia Centre is an office tower with a three level retail complex at its base. 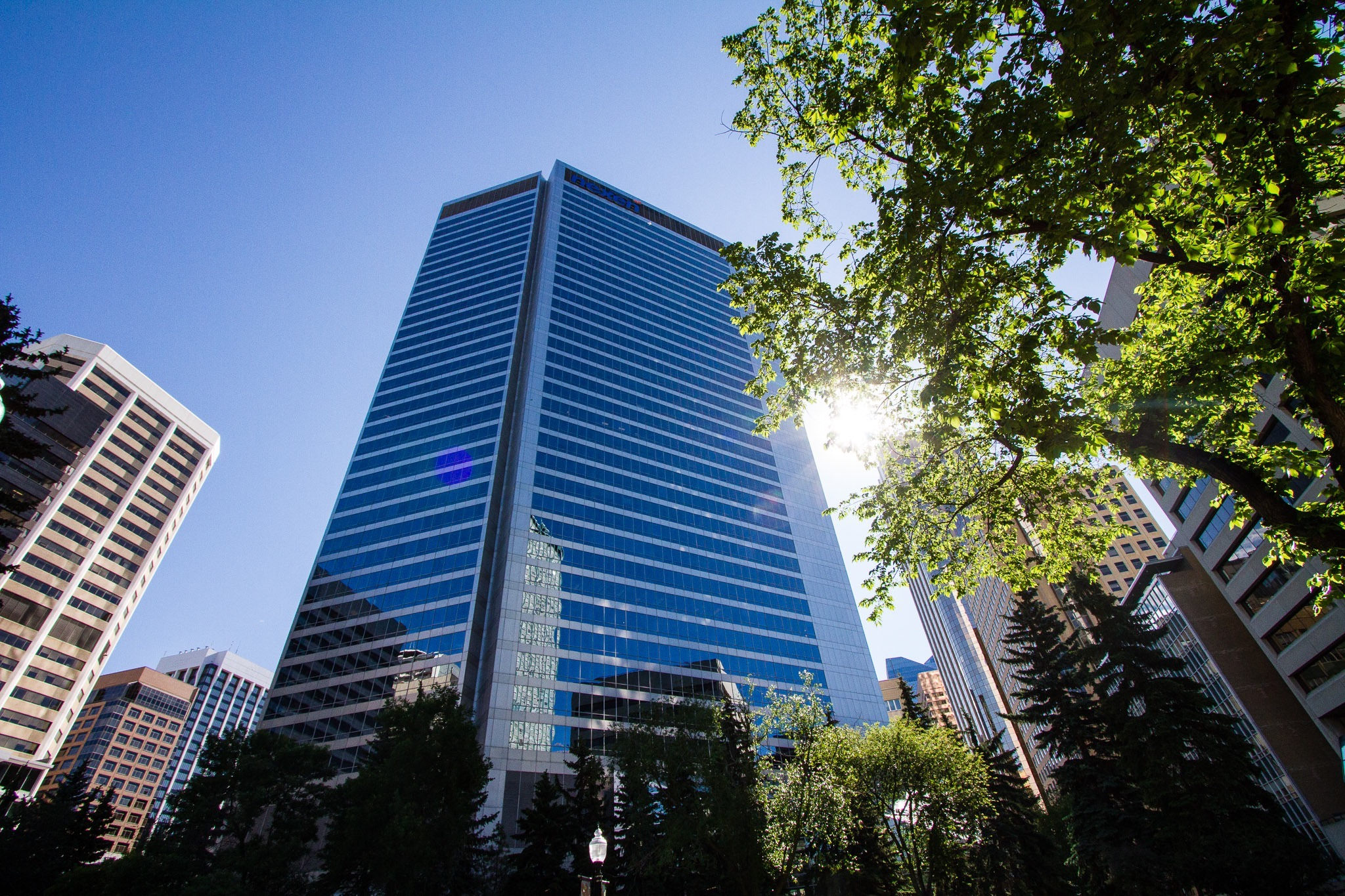 Constructed in 1982, this 36-storey office building made a significant impact on Calgary’s skyline. The Nexen Building includes a two-storey conference centre building and mixed-garden court space. 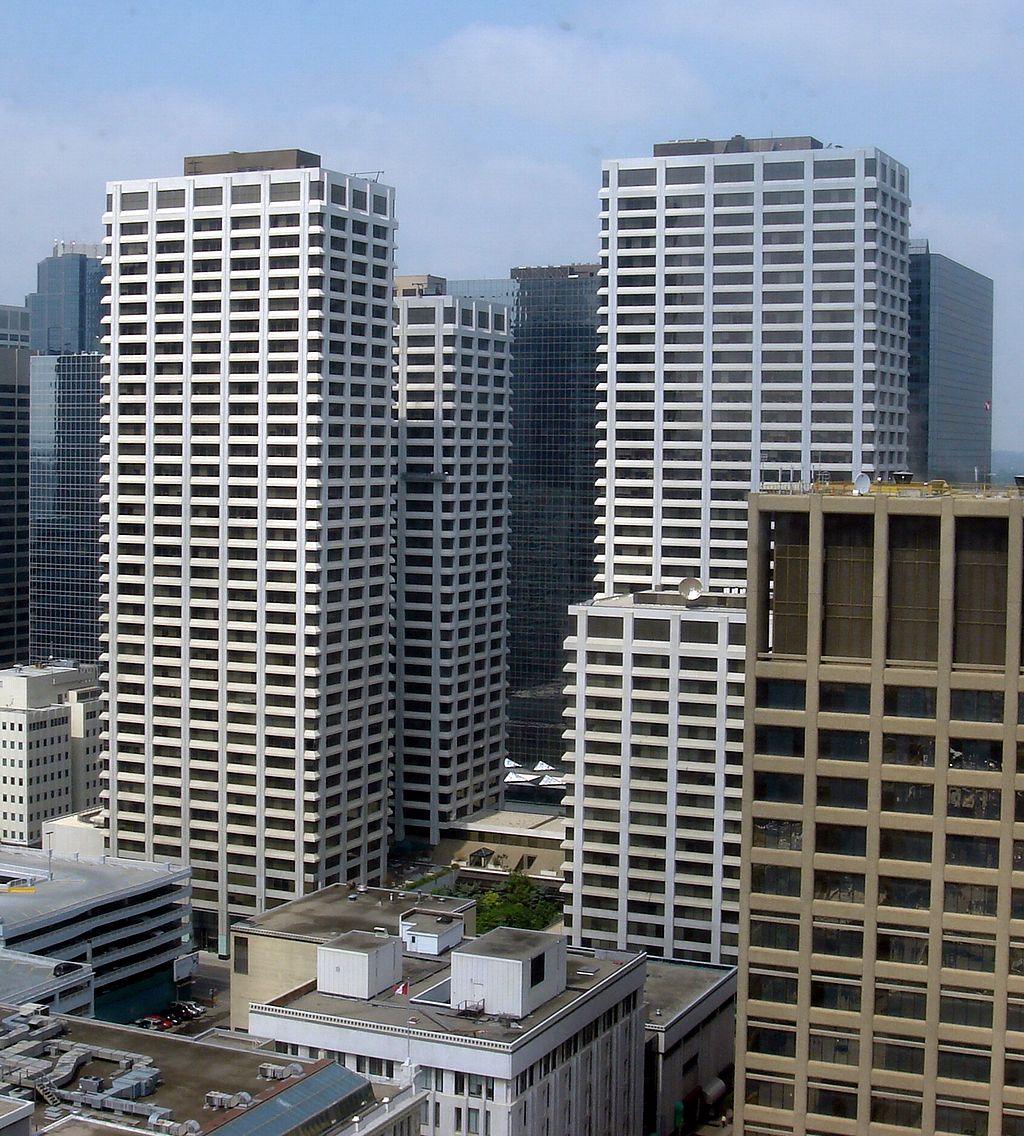 Bow Valley Square was built in 1974, and is situated in the heart of downtown. Inside it plays host to over 50 shops, services, and restaurants. 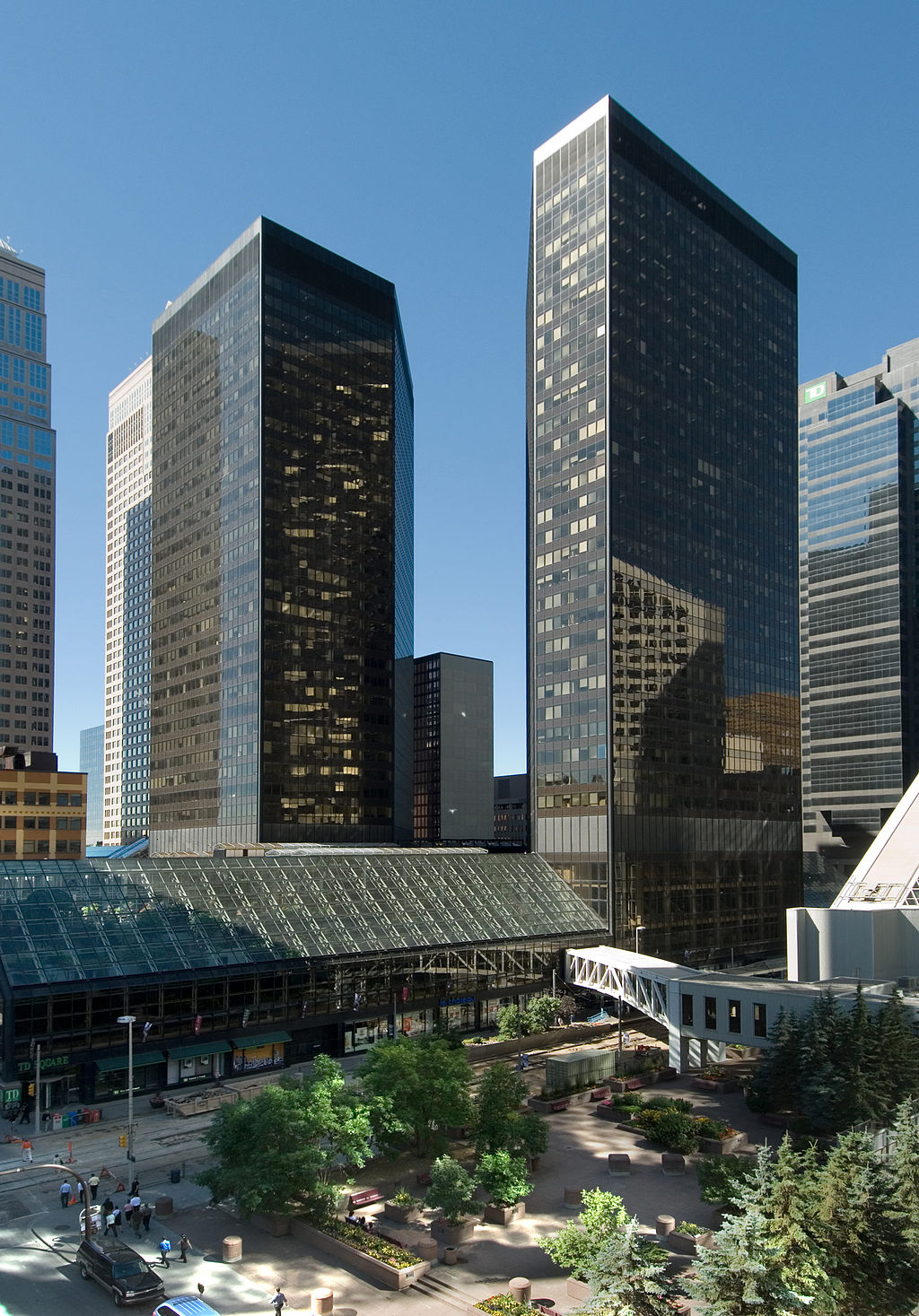 Build in 1977 the dome is mostly an office building but features retail as well and sits opposite to its twin tower, the Home Oil Tower. 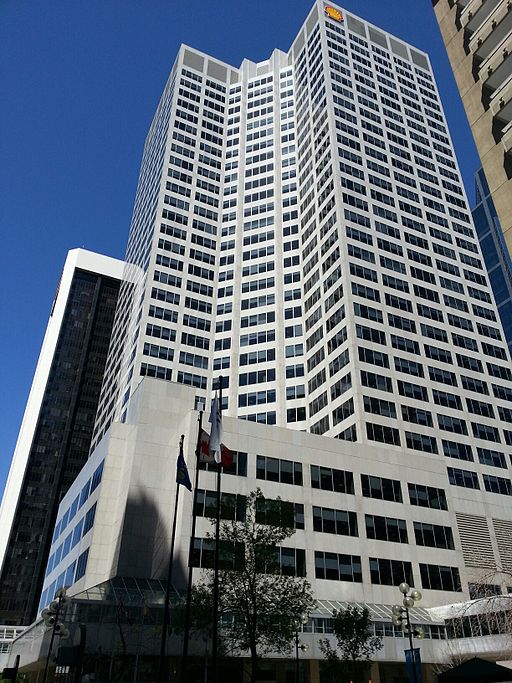 Built in 1977, the Shell Centre offers both office and retail space. The highrise is considered a Class ‘AA’ office tower in the Eau Claire district. 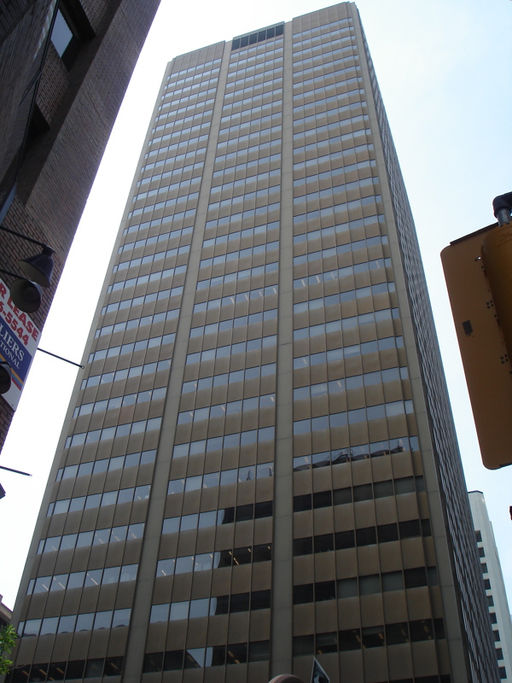 Built in 1980, Fifth & Fifth Building is an office building that includes two levels of retail and services.