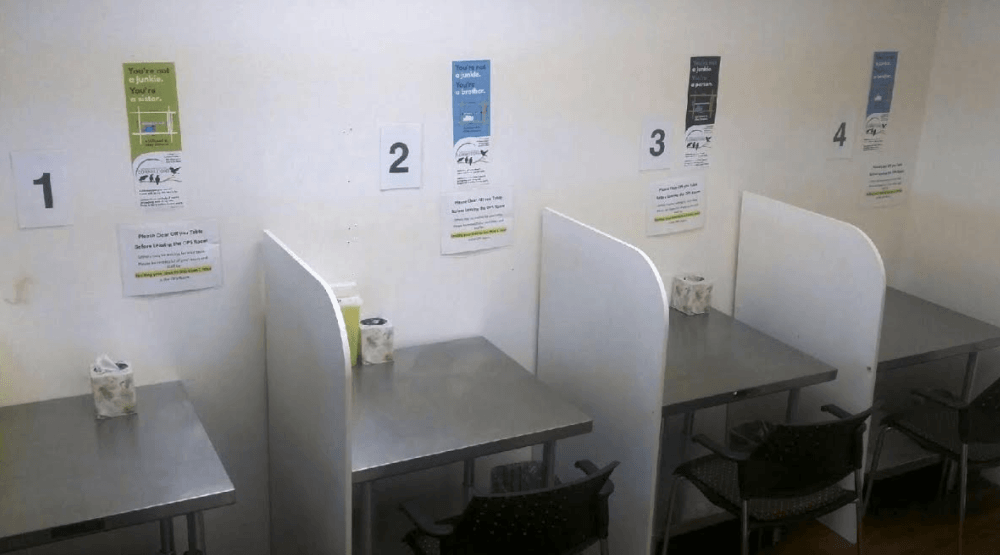 Calgary is set to open a temporary supervised drug consumption site, with a permanent one being built in the following months.

According to a release from the Government of Alberta, Health Canada has now approved the application for a supervised consumption site in Calgary. It will be one of six sites throughout Alberta, joining the four in Edmonton and one in Lethbridge that were approved earlier this month.

The permanent Calgary location will be in the Sheldon M. Chumir Health Centre, but until that opens in early 2018, a temporary site will be operating out Chumir’s surface area parking lot.

The first in Alberta

With the temporary site in Calgary expected to open soon, it will become the first in Alberta to offer the life-saving services, as the Edmonton and Lethbridge sites aren’t set to open until late 2017 or early 2018.

The Edmonton sites will only be offering supervised injection services, however, they are still being termed “supervised consumption sites.”

Alberta Health Press Secretary Laura Ehrkamp told Daily Hive this is to leave open the possibility of offering other services, such as oral, inhalation, and intranasal consumption.

The site in Lethbridge will be offering all four services as soon as it opens, and Calgary’s site will offer injection, ingestion, and intranasal consumption services, but not inhalation.

“This is a significant step in our coordinated effort to end the opioid crisis facing our community,” said Calgary mayor Naheed Nenshi, in the release.

“We know that supervised consumption services save lives—they are an important part of our coordinated and integrated approach that balances harm reduction, treatment, prevention and enforcement.”

The sites have the aim of curbing overdose deaths, reducing the spread of infections via used needles, and creating safer communities.

As of mid August, some 315 Albertans have lost their lives to apparent fentanyl-related overdoses in 2017.

“This is an important day for us as we are one step closer to providing these much-needed services to some of the most vulnerable people in our community,” said Dr. Verna Yiu, president and CEO of Alberta Health Services, in the release.

Before the Calgary site was approved by Health Canada, Calgary Coalition on Supervised Consumption held 11 engagement session and received feedback from more than 120 Calgarians.