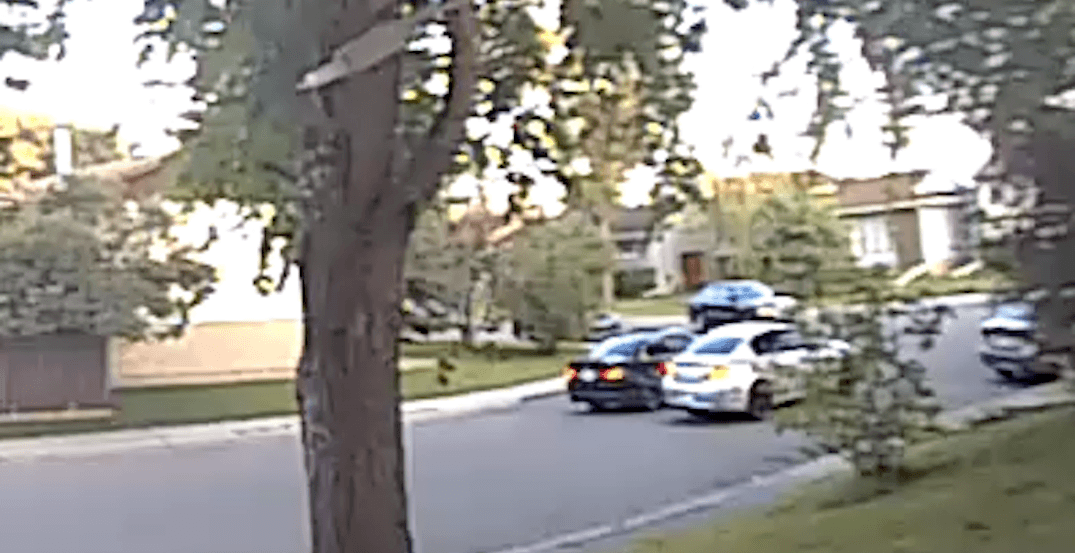 A black BMW is allegedly at the centre of multiple shootings that were reported to the Calgary Police Service on Sunday night.

According to a release from the police, two shootings were reported just after 9 pm that night, with multiple vehicles allegedly being seen at the scenes of the gunshots.

The first incident reportedly occurred at around 9:05 pm near the 3400 block of 48th Street NE, with residents stating that gunshots were heard from an alleyway behind the street and that a black BMW had been spotted.

However, when police say when they investigated the scene, no evidence of gunshots was found.

Just 10 minutes after the initial report, CPS responded to another call regarding gunshots, this time at the 4900 block of Rundleview Road NE.

Police believe that the driver of a black BMW pulled over to speak to someone in another vehicle when a black Chrysler 300 drove up, at which time the shooting allegedly took place.

Both the BMW and the Chrysler 300 drove away right after at a high rate of speed, according to the release.

The Chrysler 300 was found shortly after, having been reported stolen and discovered unoccupied. Police are still searching for the black BMW, which they believe may have sustained damage to the body, including a missing window, as a result of the shooting.

“The offenders in this shooting have demonstrated little regard for public safety,” said Staff Sergeant Greg Cooper of the CPS Guns and Gangs Unit, in the release.

“This shooting happened in the middle of a street, in a busy residential neighbourhood, at a time when citizens were out and about and in their front yards. At this time, the individuals targeted in the shootings have not come forward and we are relying heavily on information from the public to solve this case. We know that people in the community have information that can assist us, and it is crucial for them to speak with our investigators so that we can continue to address these types of incidents.”

Anyone with information on the vehicles or gunshots, or who live nearby and discover evidence of the shootings, is asked to contact the CPS by calling 403-266-1234.