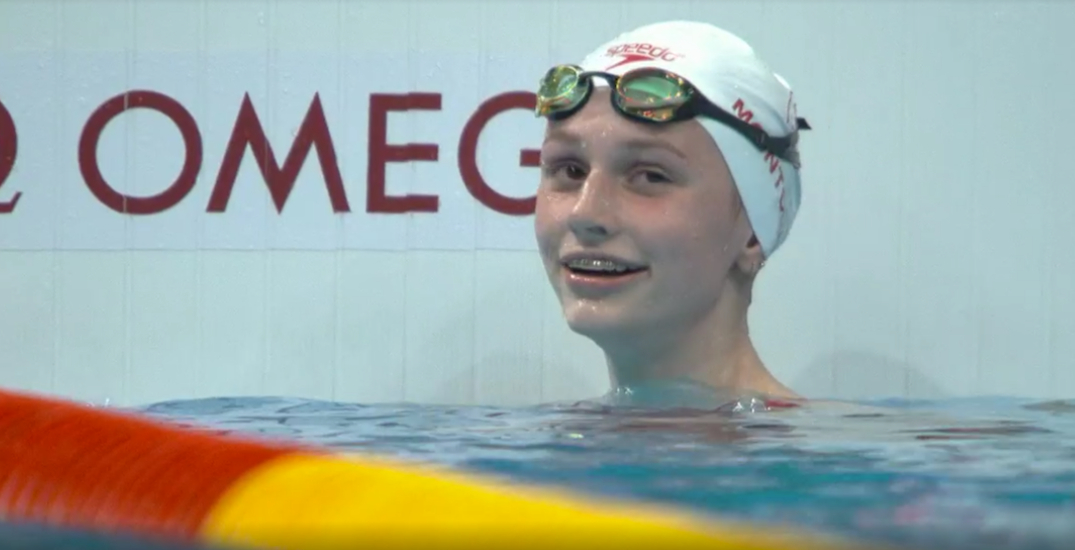 Summer McIntosh is making a splash at the Tokyo Olympics.

The 14-year-old set a new Canadian record for the women’s 400-metre freestyle on Sunday with a time of four minutes and 2.72 seconds.

The previous Canadian record of four minutes and 3.43 seconds was set by Brittany MacLean during a heat at the 2016 Olympics in Rio de Janeiro.

The 14-year-old breaks the Canadian record in the 400m freestyle and finished third in her heat with a time of 4:02.72

McIntosh’s record-breaking time saw her finish third in her heat, earning a spot in the final. The event is set for 10:20 pm EDT/7:20 pm PDT on July 25.

Over the course of McIntosh’s short career—she started swimming competitively when she was eight—the Toronto native has broken more than 50 Canadian Age Group records.

She’s also a second-generation Olympian. Her mother, Jill Horstead, swam the women’s 200-metre butterfly at the Los Angeles Olympics in 1984.