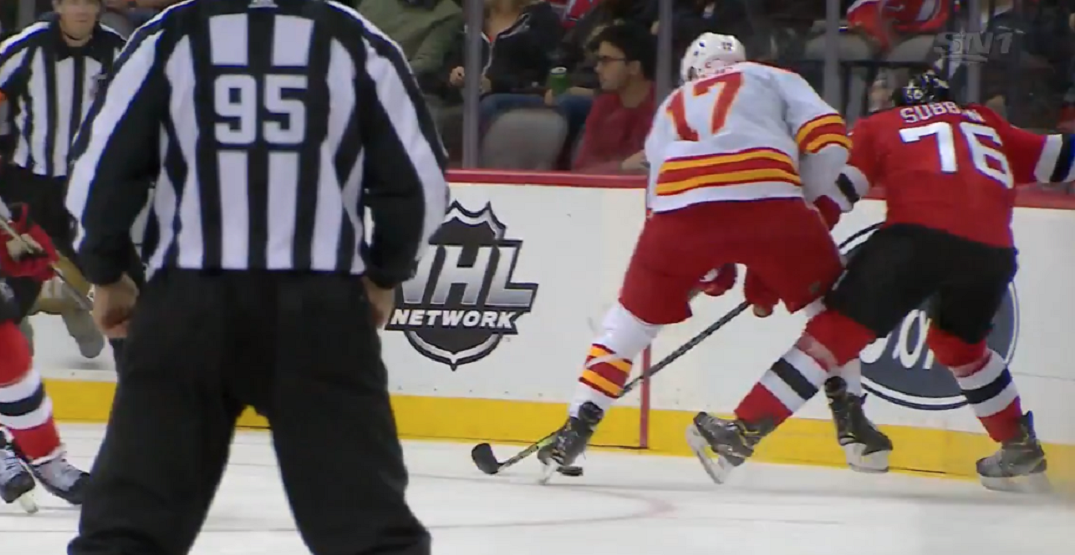 The NHL Department of Player Safety announced Wednesday that his fine comes at a price tag of $5,000, the maximum amount allowable by the league’s collective bargaining agreement.

In the first period with the Flames up by a 2-0 score, Subban went into the corner, and stuck his leg out behind Lucic’s and tripped him up on the play.

Subban was given a two-minute minor for the trip.

Was this an intentional slewfoot by PK Subban on Milan Lucic?

A. Yes
B. No pic.twitter.com/6dvX1vwunD

Subban and Lucic have been long-time NHL competitors, dating back to their history as members of the Montreal Canadiens and Boston Bruins, respectively.

Lucic had the last laugh in this one, though, as he scored the game’s opening goal on the way to a 5-3 win. The Flames are now 4-1-1 on the season, as they sit second place in the Pacific Division.

It’s the second “slew foot” infraction of the year for Subban. In a preseason game against the New York Rangers, he pulled off a similar play against forward Ryan Reaves, though he didn’t receive a penalty or any supplementary discipline for the play.