Studio Bell opened their doors over the weekend to JUNO delegates, artists, and members of the music industry to give them a sneak peek of the new National Music Centre. Members of the press were given an opportunity to tour Studio Bell as well and we were blown away.

1. The architecture is inspired by Canadian landscape and resonate instrument vessels

In certain areas you can see light fixtures that look like clouds and walls will like mountains or have resemblance to the shape of a guitar. 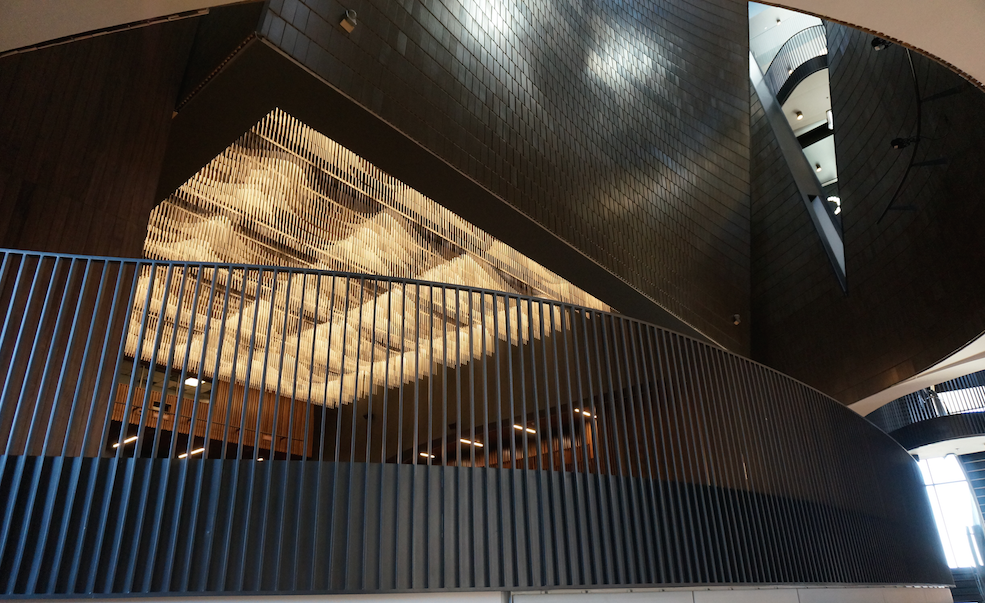 2. Purposely built with empty spaces throughout the building so people can hear music everywhere in the facility (you can play the space)

3. Each floor has an overarching theme. 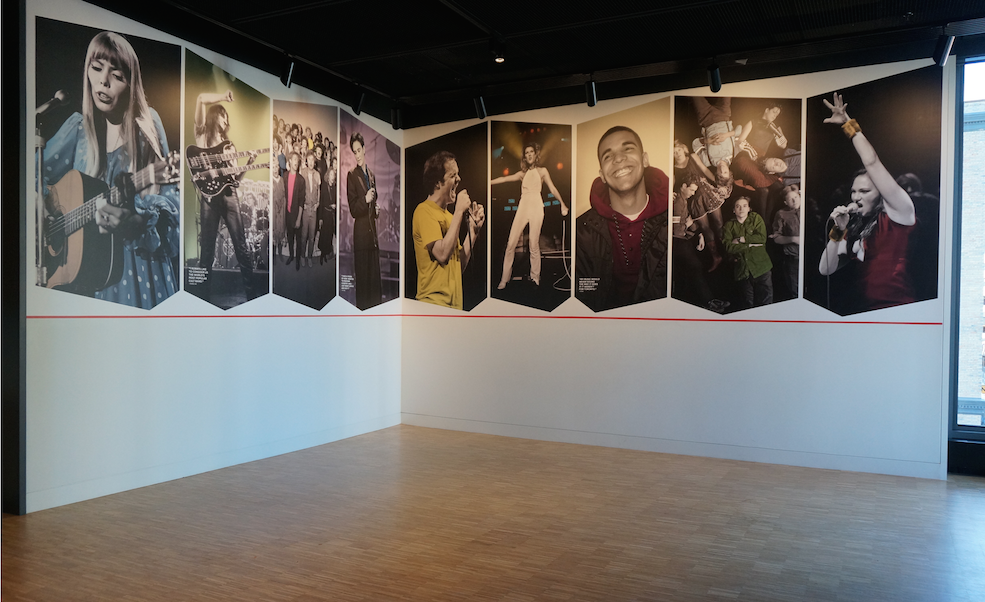 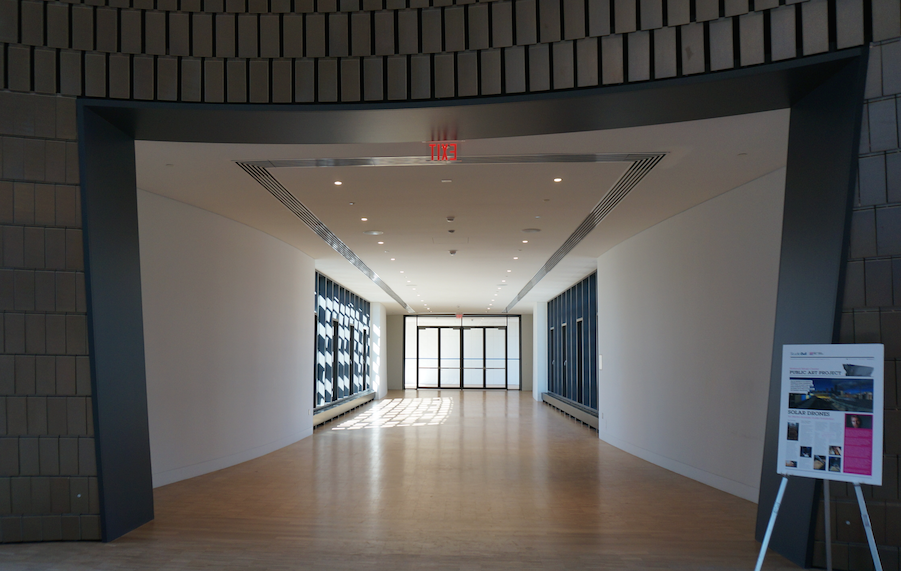 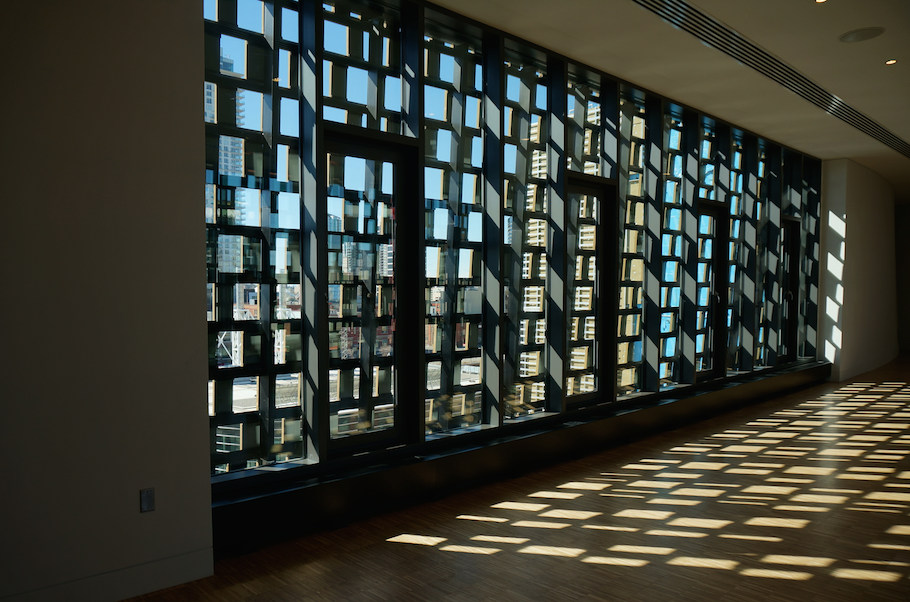 5. The Performance Hall is multifunctional

Music that is played in the 4,000 square foot Performance Hall can be heard in two ways. You can close the curtain door and play to an intimate group of 300 people or you can open up the door and play to whole building, like an amphitheater 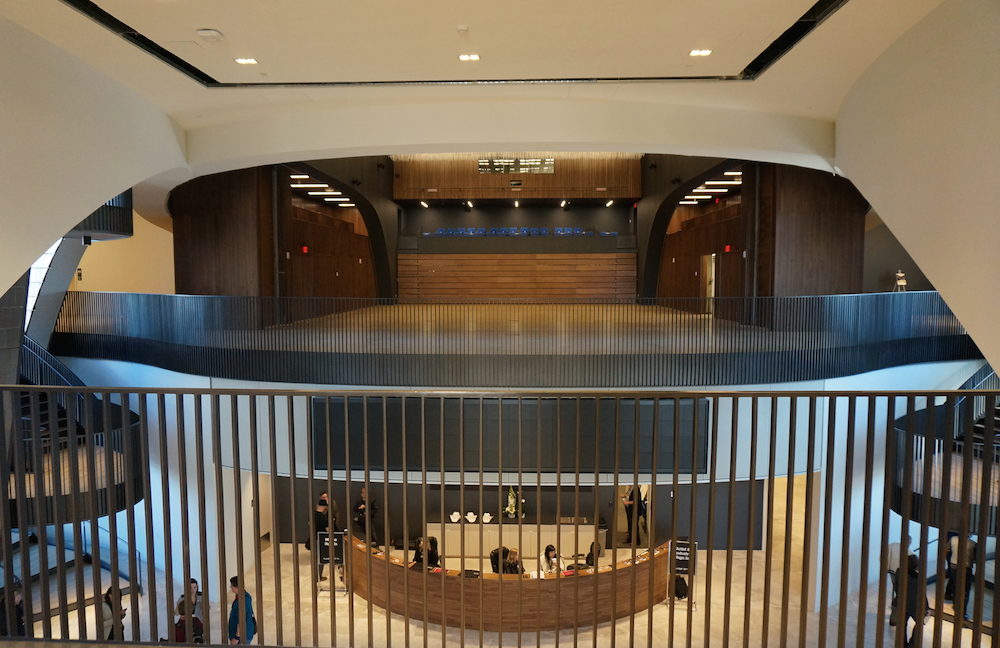 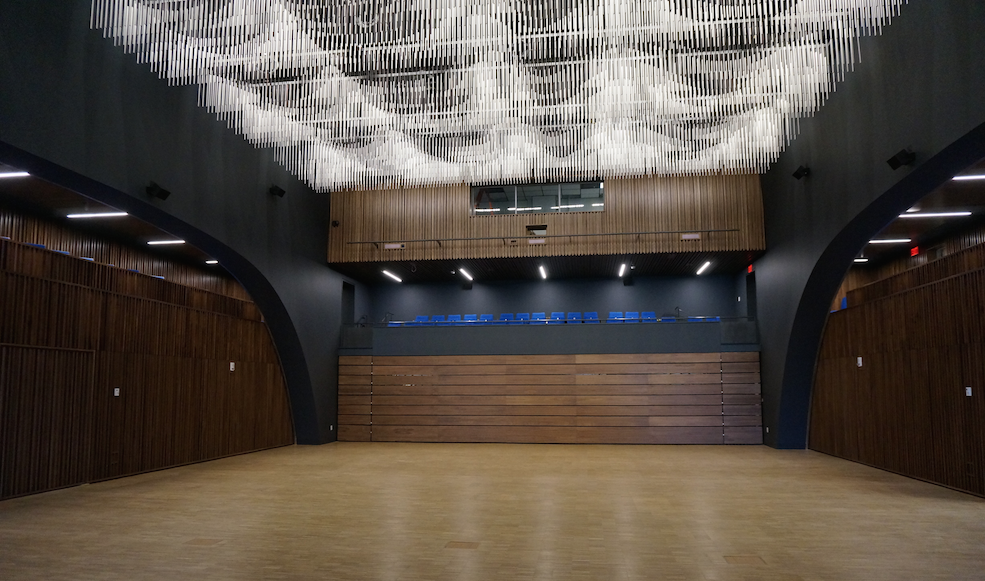 6. The sound is linked to the architecture

The walls are concave and convex, and the tiles that line the walls have spaces in between them that are not uniform. The nine curving walls, and the spacing between the tiles allow sound to resonate throughout the building perfectly. 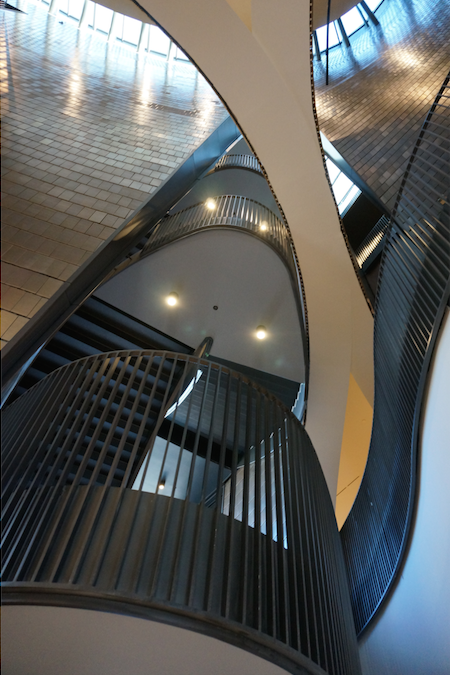 7. Tiles are clad in glazed terracotta

This can make the walls look either coper or silver, depending on how light shines on it. Cascading light comes in through the skylight on the 5th floor. 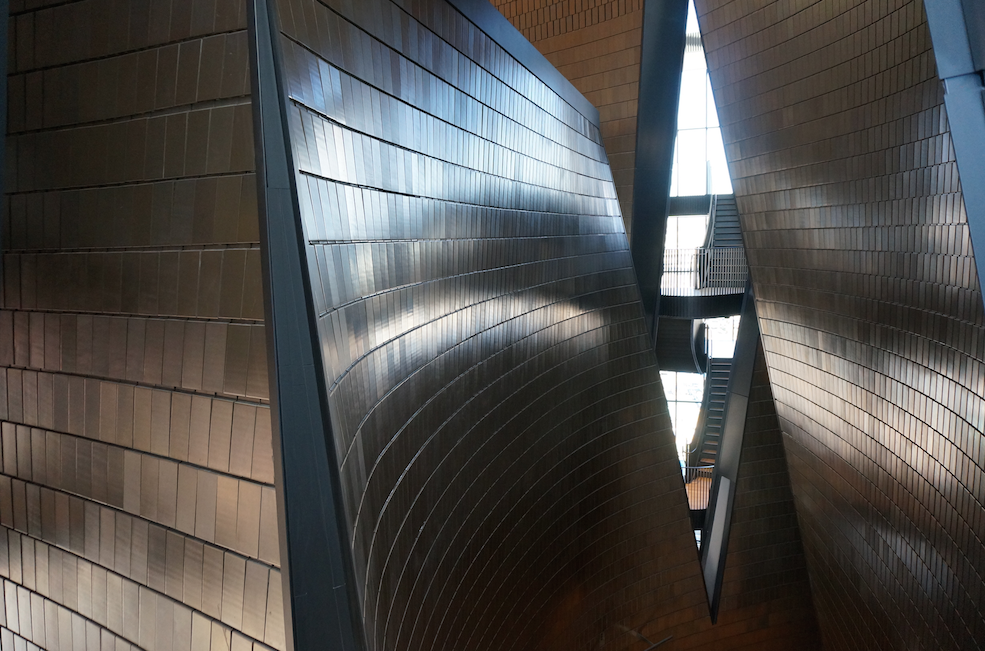 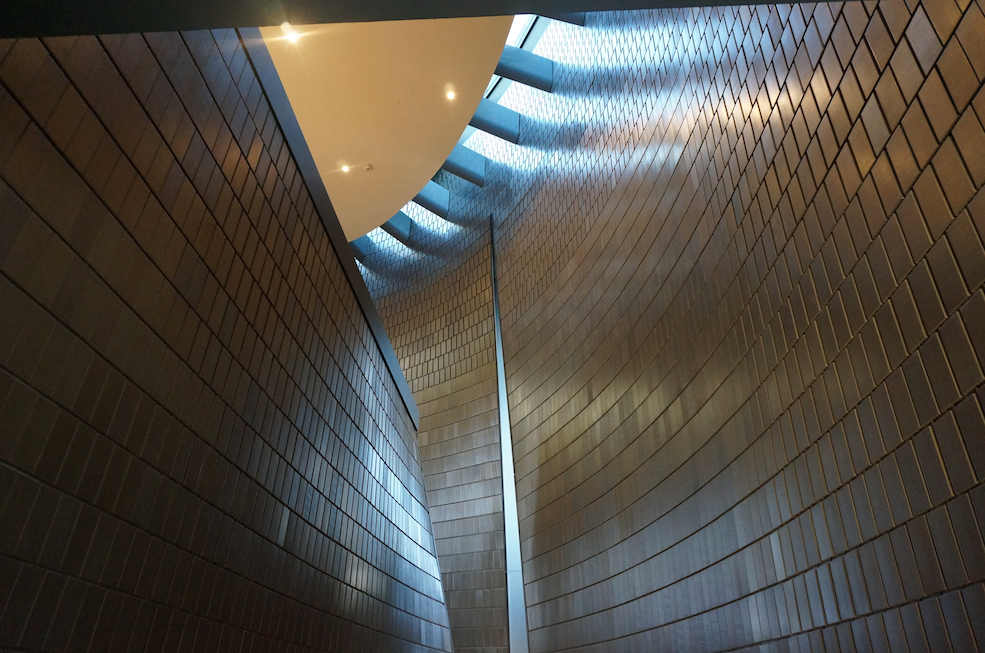 8. Can see beautiful vantage points from every stairwell. 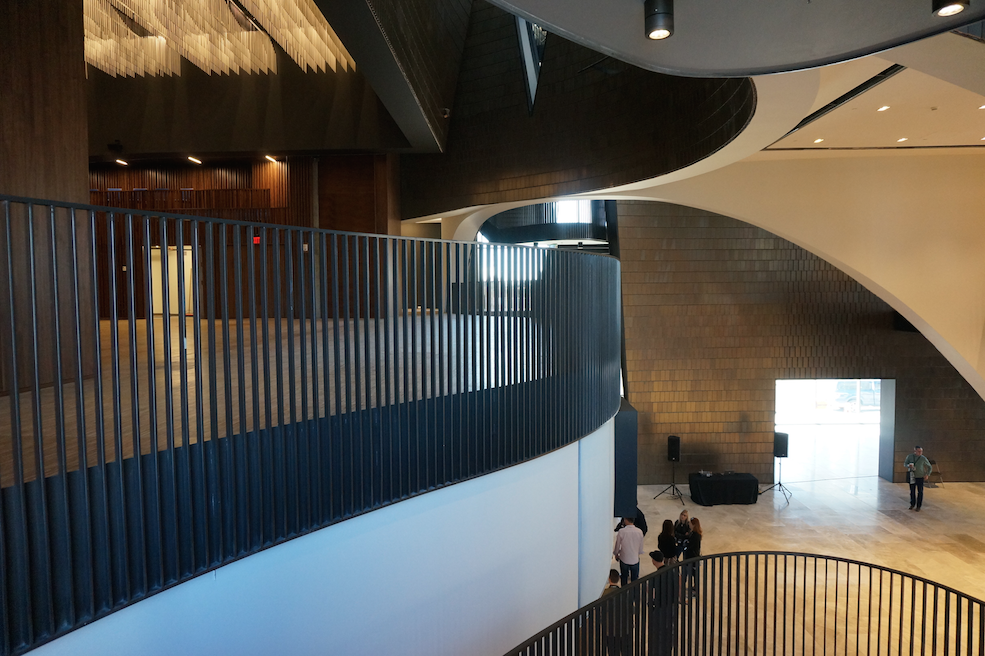 Spaces that aren’t allocated for specific exhibits can house pop up shows. NMC collections include: the Canadian Music Hall of Fame, the Canadian Country Music Hall of Fame Collection and the Canadian Songwriters Hall of Fame. Programming features in the NMC include: acoustic and electronic soundlabs, artifact conservation and restoration workshops, artist in residence program for Canadian and international artists and technicians. 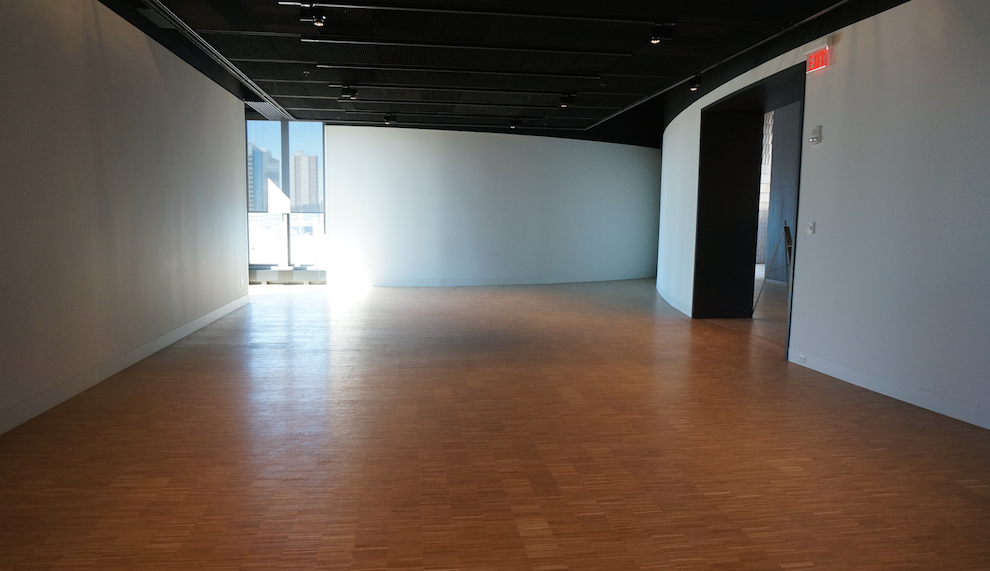 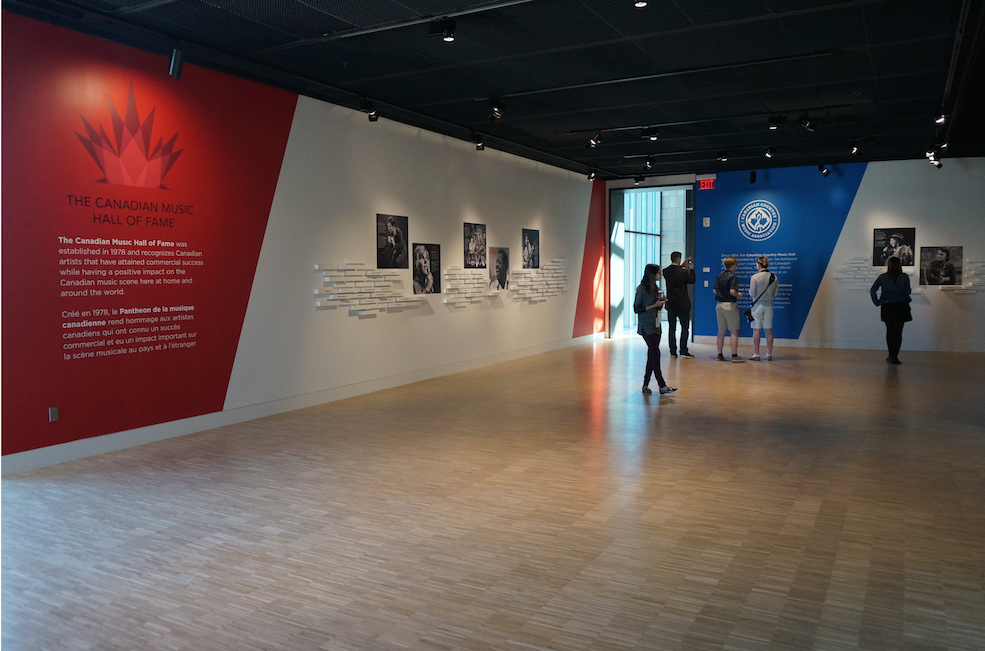 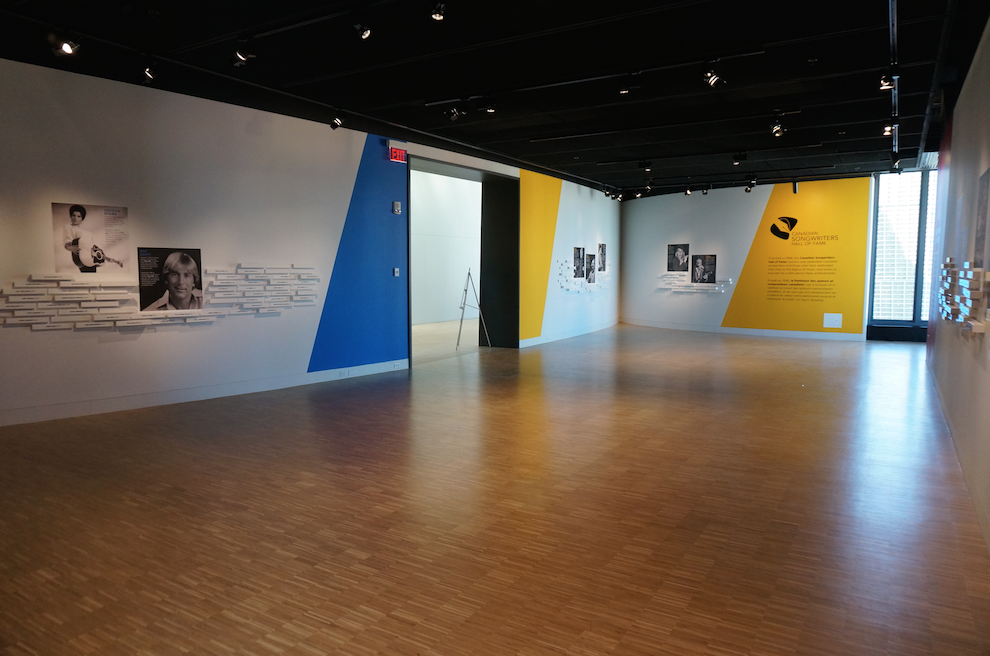 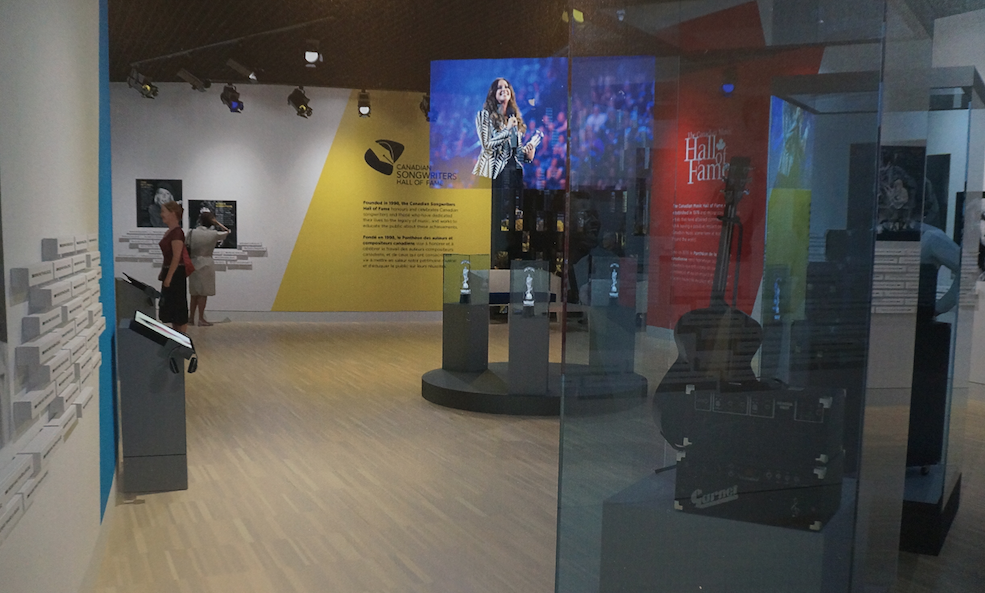 Image: What it will look like once completed. Shez Rajan / Calgary Buzz 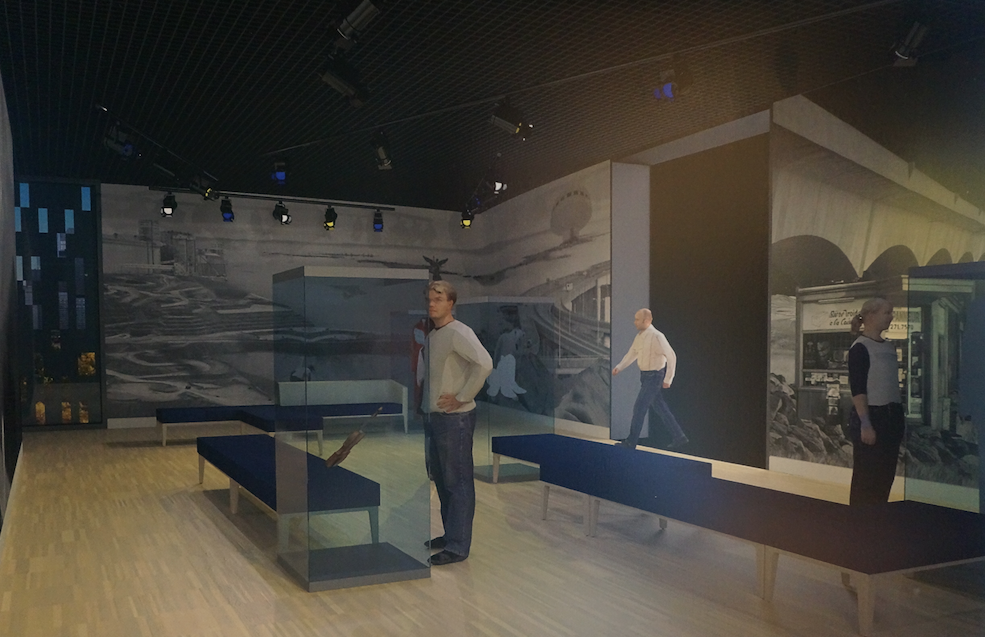 10. Studio Bell is the first facility of its kind in North America

Bonus fact: Studio Bell will include Elton John’s ‘Songwriting’ piano, on which he composed his first five albums.