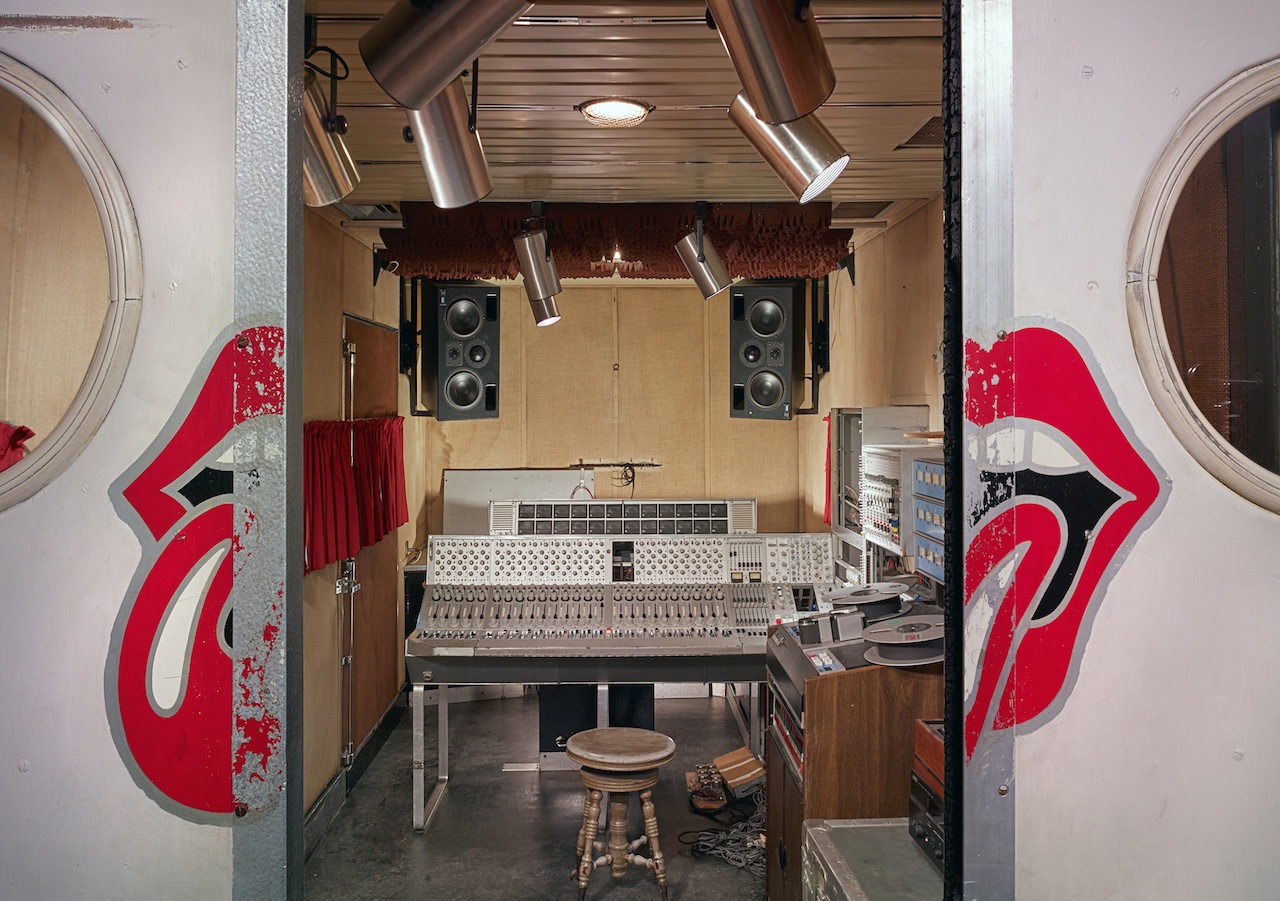 There’s a new home for music in Canada.

Studio Bell, home of the National Music Centre, encompasses Canada’s music history in layers of stories and sounds. The architecturally impressive building in Calgary’s East Village has been a welcome addition, not only to the city but nationally as well.

“Previously, there was no national cultural institution that was celebrating Canada’s music story. We’re 160,000 square feet of exhibitions and storytelling that’s dedicated to music,” said Julijana Capone, publicity coordinator at the National Music Centre. The construction of Studio Bell had been in the works for the past three years, and has been built around the King Eddy Hotel. 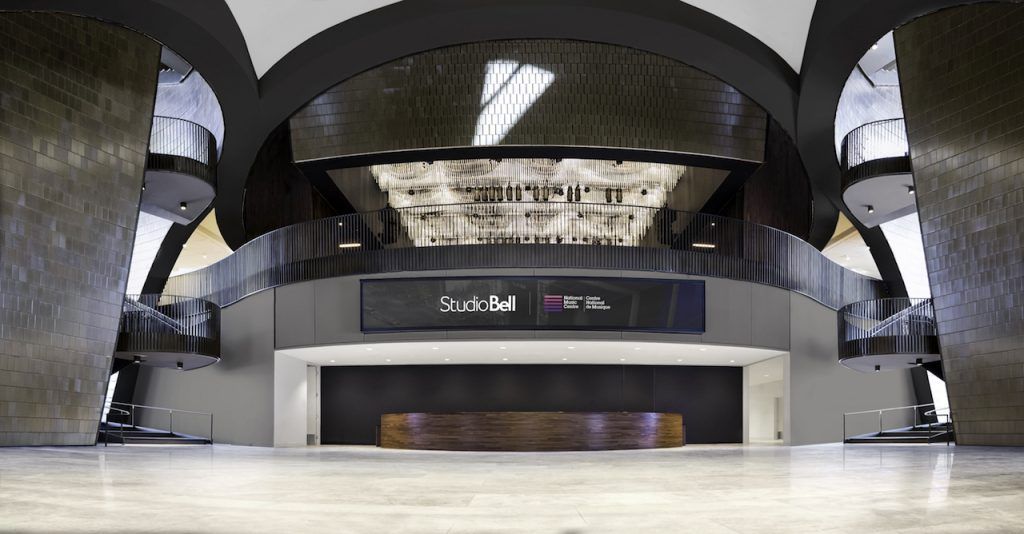 “The King Eddy Hotel is an important piece in the whole project,” said Capone. “It was built in 1905. It’s the second oldest hotel in Calgary. And in the 80’s, it was known as the home of the blues in Calgary. It was restored, went through a period of repair in the 2000’s.” Capone said the building was taken down, and built back up “brick by brick.” The new part of the Studio now cradles the old King Eddy. “When this vision to have an institution with a national focus came to be, we needed to be anchored by a strong Calgary story, and The King Eddy was that story. We also consider the King Eddie to be the largest artifact in our collection,” Capone said.

For those who attended the Stampede this year, The King Eddy was a pop-up live music venue with 10 days of programming. Before the Stampede, there had been no programs at the Eddy for the last 10 years. But besides the largest artifact, the music museum has been attracting a steady flow of traffic since its Canada Day opening – exactly a month ago. 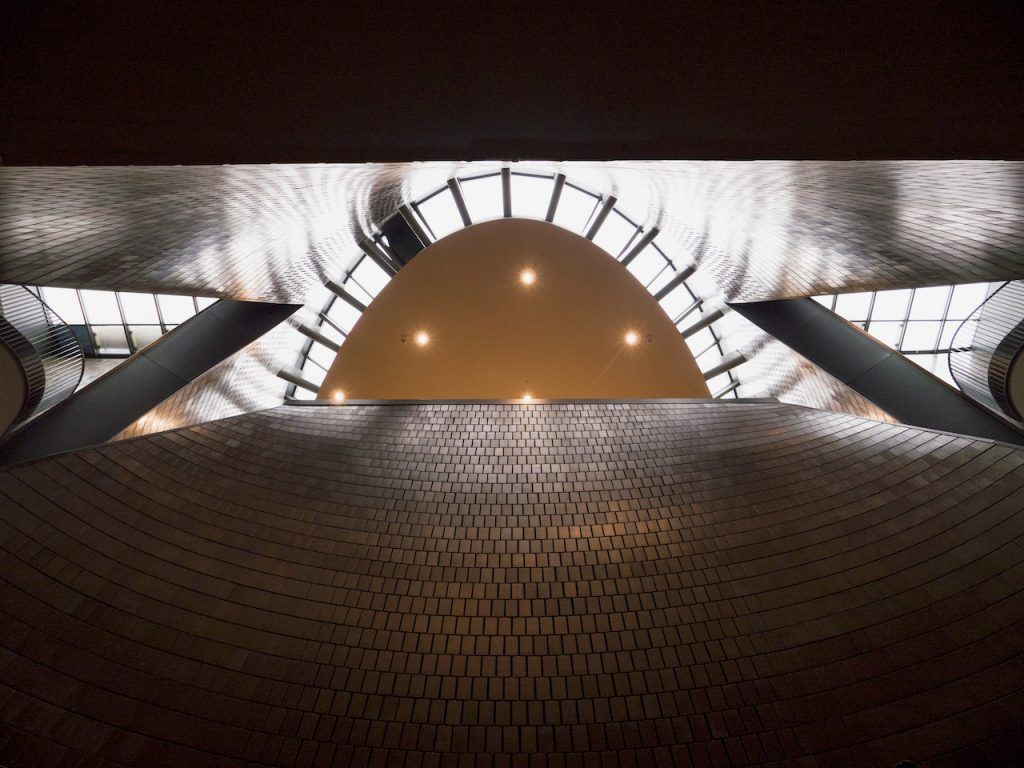 Standing in the Performance Hall looking up/ Brandon Wallis

A new cultural landmark, Studio Bell is more than a museum – it is a 160,000 square-foot building that includes five floors of exhibition space and collections of musical artifacts and equipment that spans over 450 years. The space also includes Canadian music memorabilia and three Canadian music halls of fame. Interactive exhibits mix touch, sight, hearing and technology to create an immersive visitor experience. Galleries at Studio Bell are referred to as “stages” to reflect a music theme – found throughout the space.

“We really wanted our visitor experience to be like that of a music festival. That same exploratory vibe that you would have at a festival, where you hear something off in the distance and think, “what’s happening over there? That’s really cool, I want to check that out.” You have that same feeling in our building,” Capone said. The open spaces and sounds drive visitor curiosity and encourages them to explore the different levels.

Two building blocks connected through the Skybridge, Studio Bell includes a West Block and East Block. The West Block offers educational programs, with classrooms and a recording facility. The East block is where the majority of stages are found, over five levels.

Capone describes the first level as an orientation space where people can plan out their journey.

This floor is about the national creative music scene, and live performances. This level also includes the Studio’s 300-seat performance space. “That’s what our architect consider the heart of the building. You can close our retractable walls, and you can have a contained performance, or you can open the walls and you can play the entire building,” Capone said.
The building is designed with empty spaces to allow sound to travel throughout. “If there’s a performance happening on the second floor, you can hear that throughout the space.”
Another highlight on this level is the BMO Soundscapes, a 360 degree audio visual experience that uses iconic Canadian songs and regional landmarks. And of course, make some time to take a selfie with your fave Canadian celebs at the Trailblazers stage. 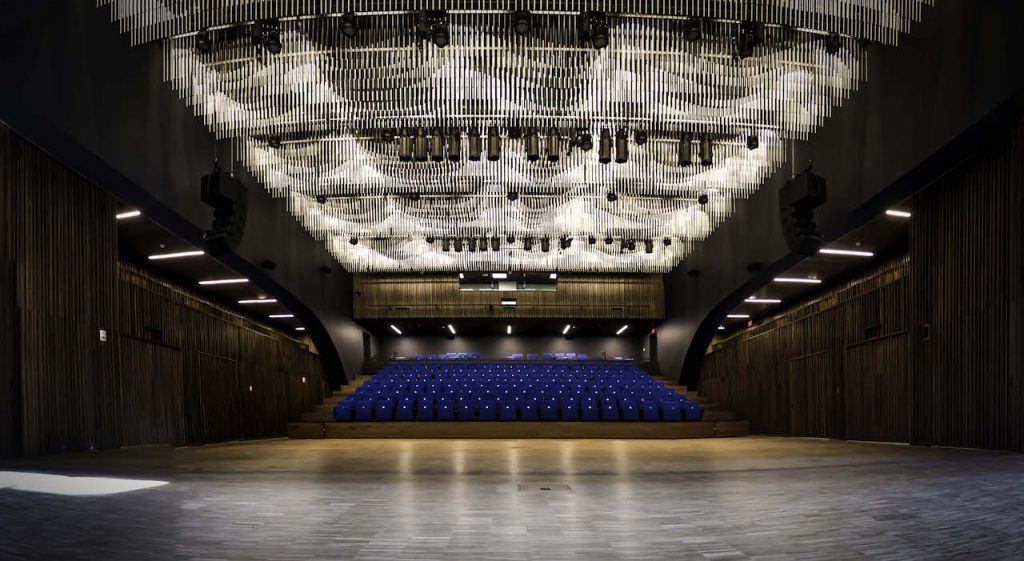 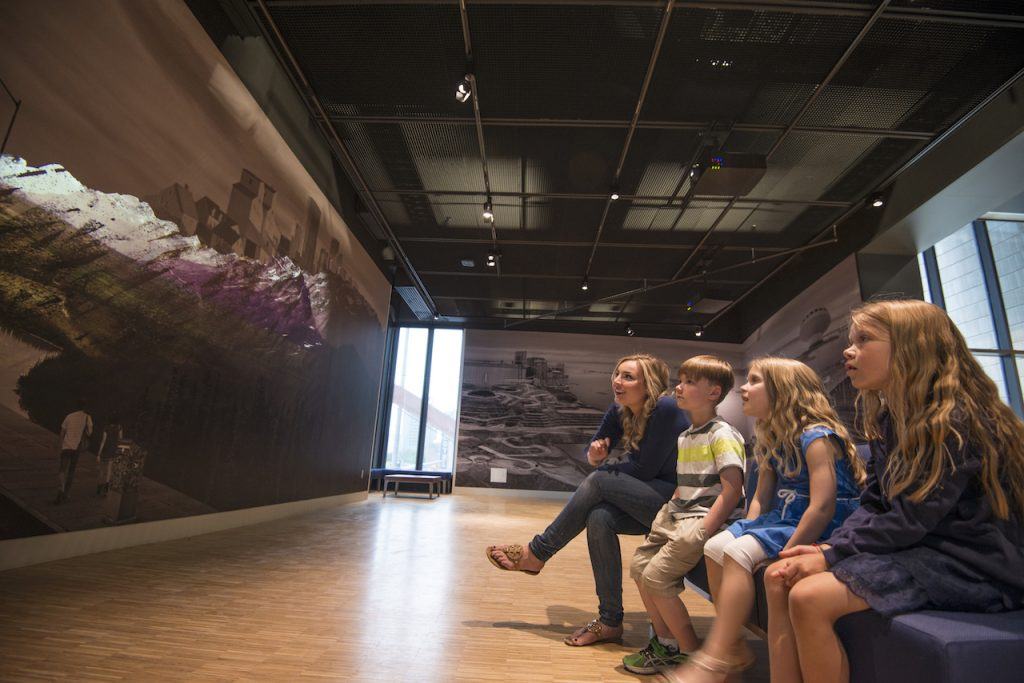 Stimulate your brain, move your body, and nourish your soul on the third level. “You really need the public to activate this space,” said Capone. This level allows visitors to listen to music through headphones, and write on a postcard how they feel. “You really need the public to activate that space,” Capone said. A voice stage, celebrating Canadian voices from rap to throat singing, is also on this level. And if you’ve ever wanted to take a stab at singing, this is your stage. Literally. While you’re on level three, check out the Kimball theatre organ—used to soundtrack silent films in the ’20s—come to life. 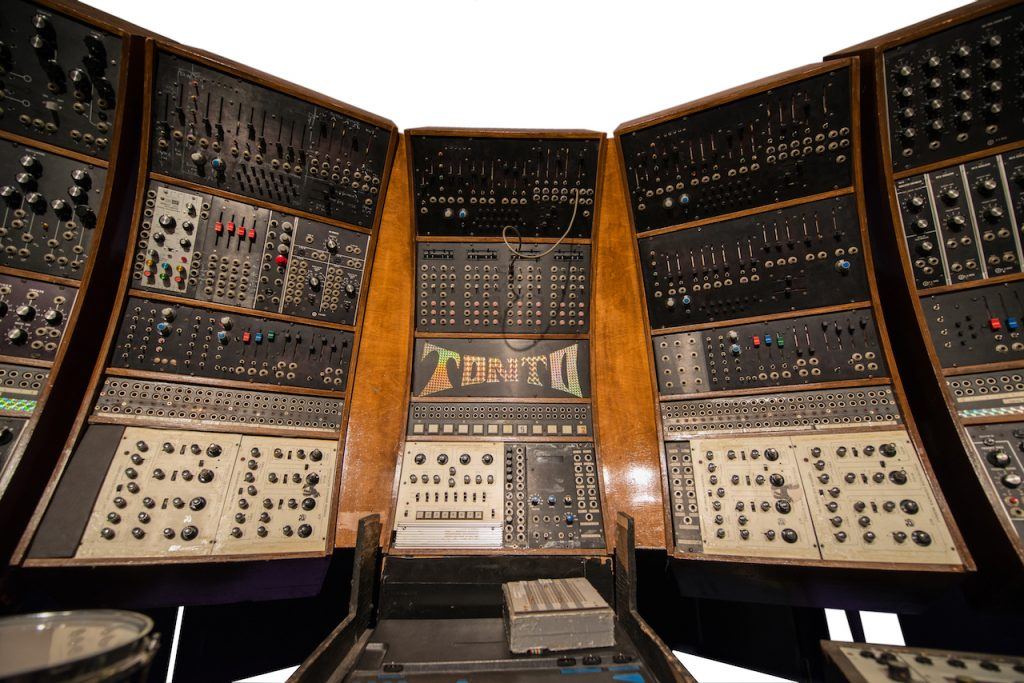 Everyone can make music, especially on this level. Level four explores the science of instruments and visitors can play music at several interactive displays. “We have our Unplugged Stage, which is a celebration of some of our acoustic artifacts. And same way that there’s the acoustic side, there’s also the Plugged-In Stage that has electronic instruments,” said Capone. 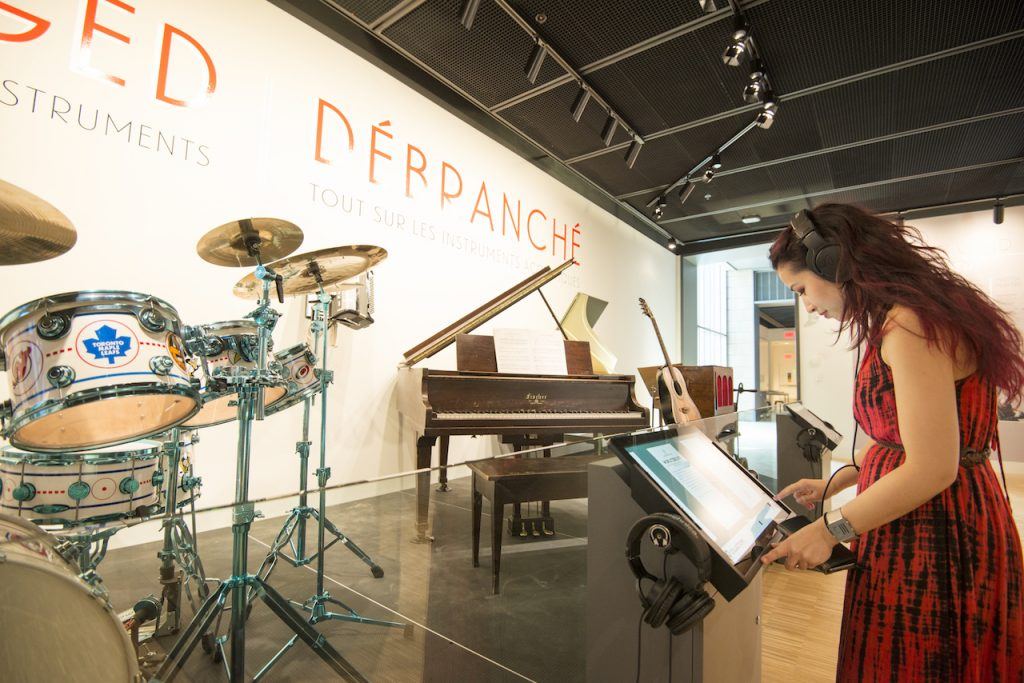 The big celebration of Canadian musicians is located on the fifth level, along with the Canadian Halls of Fame. “We have partnerships with three Canadian Halls of Fame – the Canadian Music Hall of Fame, the Canadian Country Music Hall of Fame Collection, and the Canadian Songwriters Hall of Fame,” Capone said. The Items of Icons Stage is also on level five, which includes artifacts like Corey Hart’s sunglasses from his “Sunglasses at Night” music video, stage outfits worn by Shania Twain, and one of Deadmau5’s head masks. There is also an open space on this level, which is the Temporary Exhibition Stage. “We put a bunch of weird and wacky pianos in there and the public is free to play them,” Capone said.

And what better way to end your tour at Studio Bell. 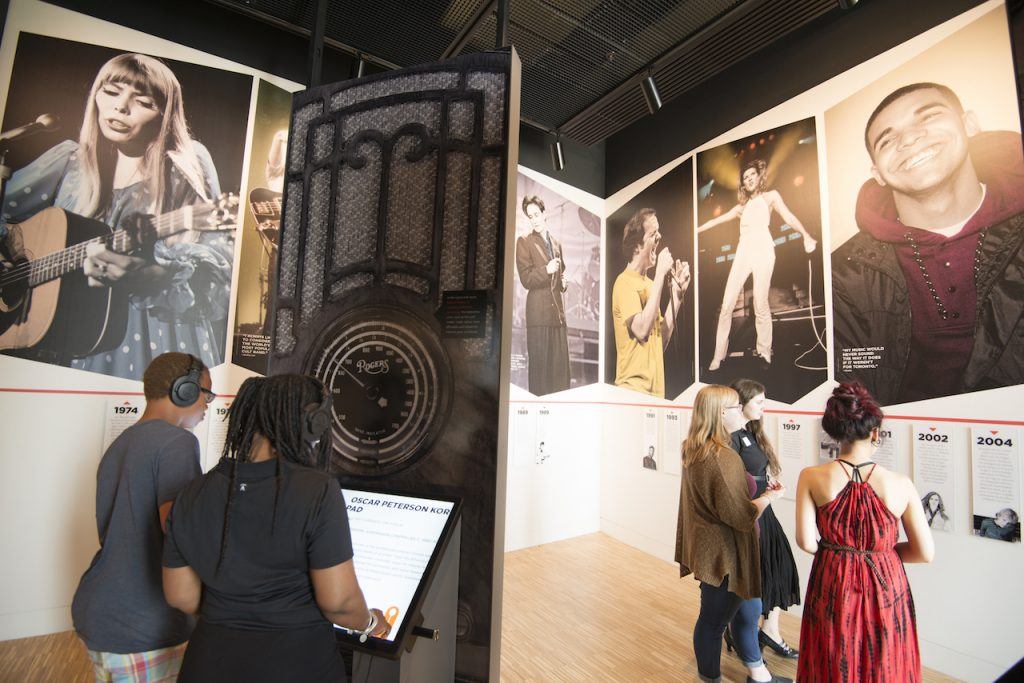 Inside the Made in Canada Stage/Leblond Studio Inc 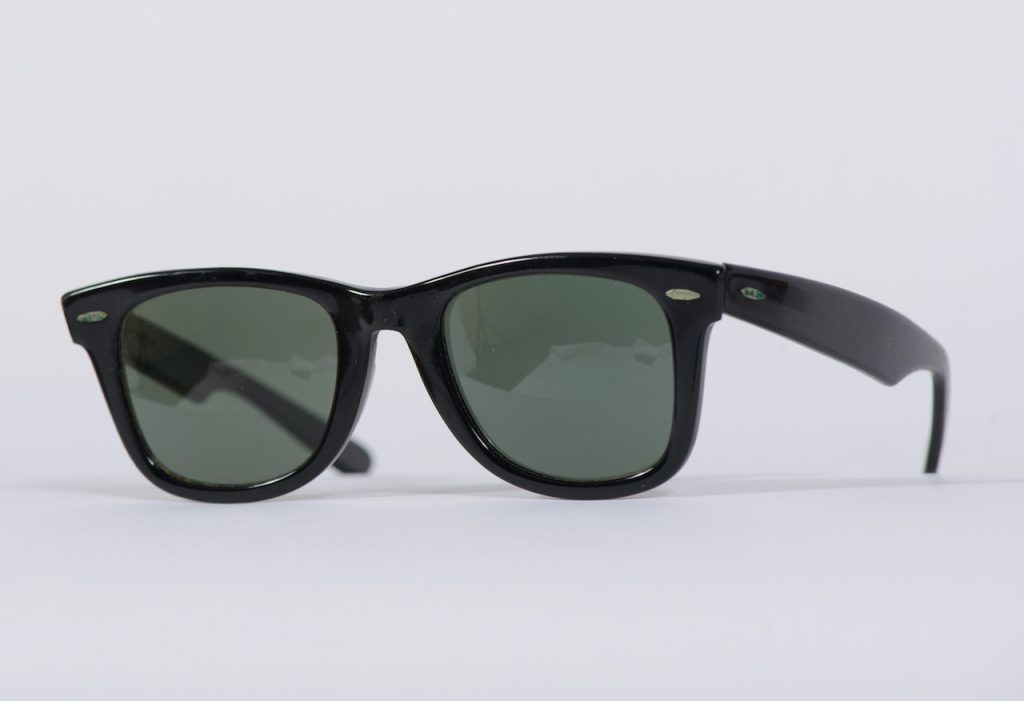 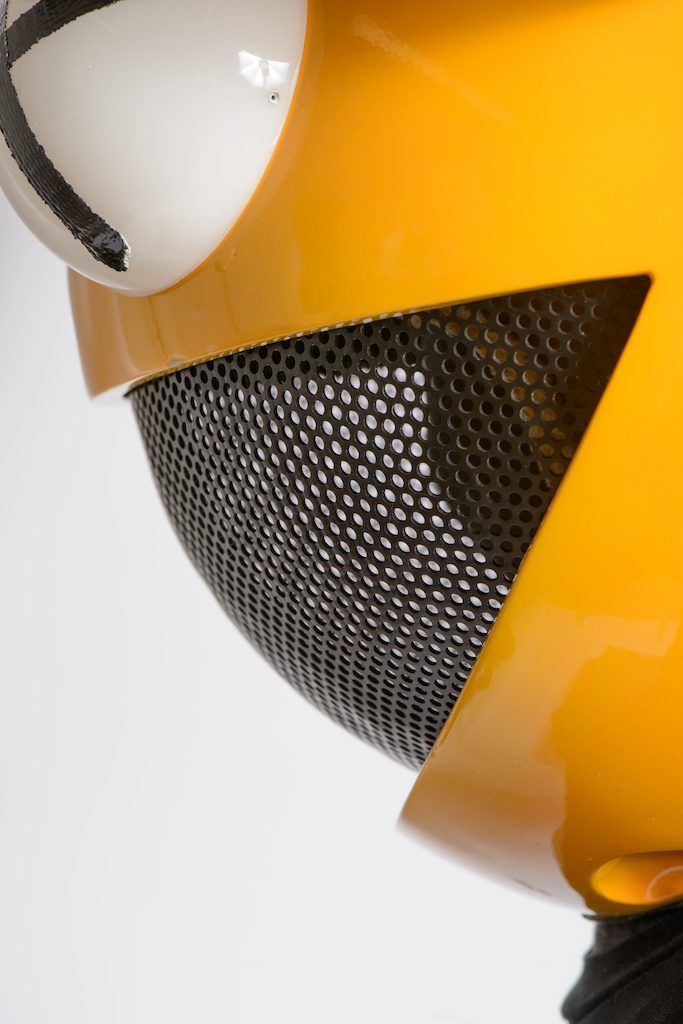