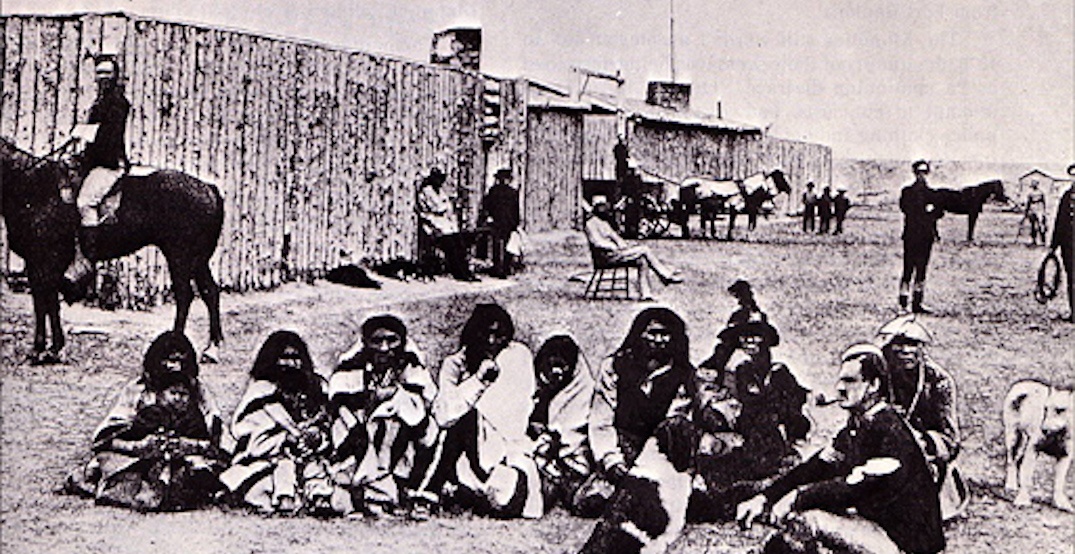 It has been 144 years since a squabble resulted in Calgary being named the way it is today.

According to a 2019 post published on the city’s newsroom, the City of Calgary (or, back then, “Fort Calgary”) was close to being named something entirely different.

Back in January of 1876, a 25-year-old officer by the name of Ephrem A. Brisebois issued the order that all North-West Mounted Police post coming out of the fort would be headed with the name “Fort Brisebois.”

Brisebois’ order was quickly countermanded by NWPM Assistant Commissioner Colonel A.G. Irvine, and in February he wrote a letter to Ottawa explaining that no one at the fort wanted it to be named after Brisebois.

Furthermore, he stated that the fort had not even been built by Brisebois’ troops in the first place, and that he recommended the name “Fort Calgary” as a replacement.

Here’s a full transcript of the letter:

As we have now a Post or Fort at Bow River it would be as well if it was known by some name, I visited the Post about a fortnight ago with Colonel Macleod and when we were there Inspector Brisebois (who is in command of the Station) issued an order without consulting either Col. Macleod or myself, stating that all public documents sent from his Fort were to be headed Fort Brisebois. I of course cancelled the order at once, as in the first place Inspector Brisebois had no authority to issue such an order and in the second place the Fort was not built by Inspector Brisebois’ troop and neither the troop or the people about there wish the place called Brisebois.

Colonel Macleod has supported the name of Calgary which I believe in Scotch means clear running water, a very appropriate name I think. Should the Minister be pleased to approve of this name I will issue an order to that effect.

I have the honour to be Your [Humble] Servant.

Props to Irvine for not suggesting the name “Fort Irvine.”

According to the post from the city, Brisebois quit the NWMP just six months after the Fort Calgary kerfuffle. 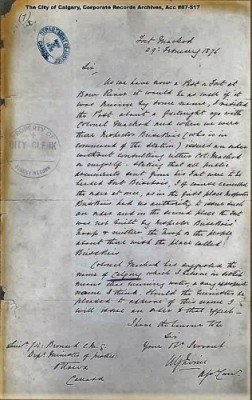