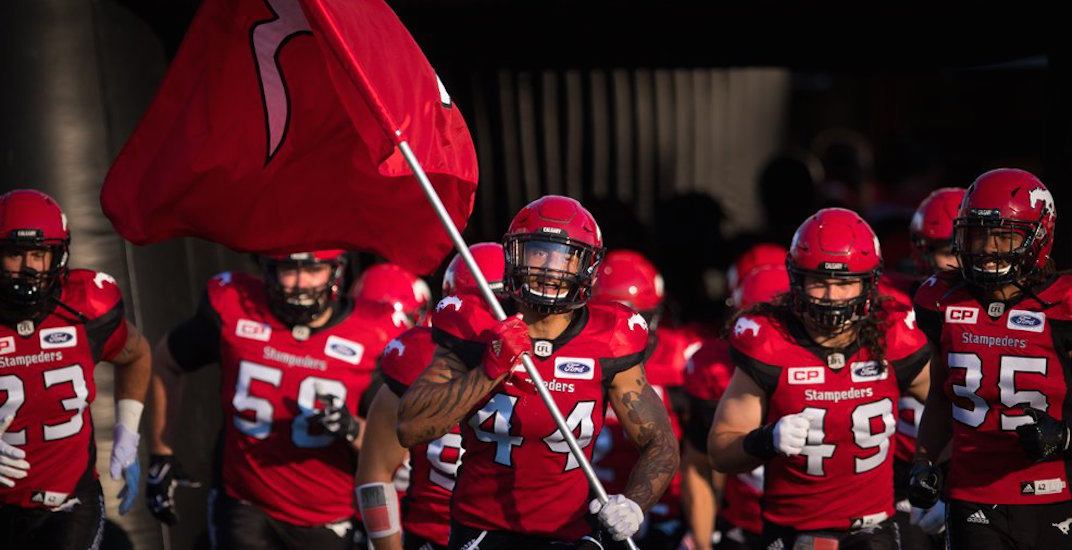 Football is for everyone.

The CFL’s Diversity is Strength campaign focuses mainly on ethnic diversity, but the phrase can be borrowed for Saturday night at McMahon Stadium as well.

The Calgary Stampeders are kicking off Pride Week in style, hosting Pride Night on Saturday when they take on the Toronto Argonauts. It’s a first for the Stamps, who will donate a portion of every specially-priced ticket to Calgary Pride and You Can Play Project.

For the first time ever, the Calgary Stampeders will host a Pride Night! Don't miss out!!https://t.co/Pa9j2T4NsJ

Pride tickets will be available for $30 including fees and taxes (regularly $41.50). The first 300 tickets will also get access to the exclusive pre-game tailgate party and a $10 food voucher.

The Stampeders are off to another great start this season. They’re 6-1-1, but sit second in an ultra-competitive West Division this season. Calgary is just one point behind Edmonton, and a win against Toronto would set-up a showdown for first place against the Eskimos on Labour Day.