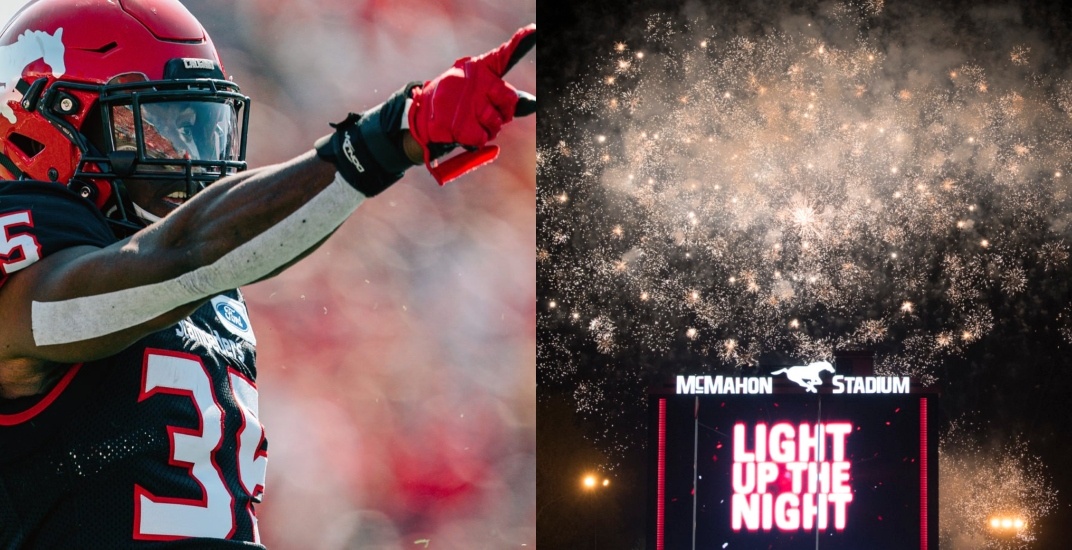 With just four games remaining in the regular season, the Stamps are in a tight race in the ultra-competitive West Division.

Friday’s game represents the biggest game of the season, as the Stampeders welcome the Saskatchewan Roughriders to McMahon Stadium. A win by the Stamps would vault them into first place, as they would be tied in points but would hold the tiebreaker with Saskatchewan.

And with Calgary hosting the Grey Cup this year, there’s extra incentive for the Stamps.

Friday’s game is also the Stampeders’ Light Up The Night game, with the evening ending in a fireworks show.

And we want to send you there to see it live!

To enter to win four tickets to the Stampeders Light Up The Night game on Friday, October 11, do at least one of the following:

Contest entries will be accepted from the time and date of publishing until 4:59 pm on October 10, 2019. One winner will be chosen at random and contacted through the platform they used to enter.