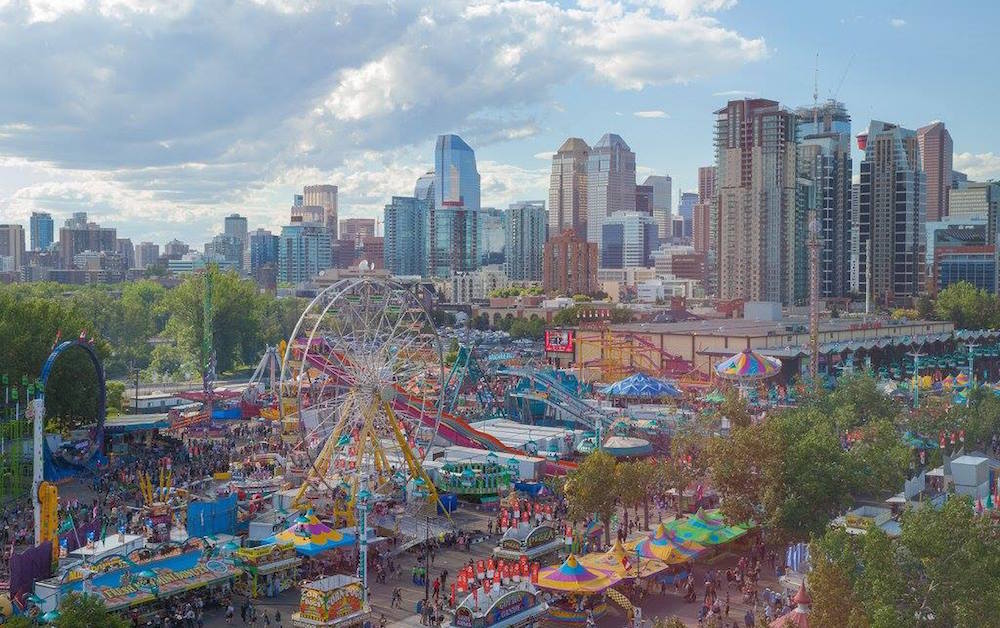 The Calgary Stampede is offering reduced entry for today, Thursday, July 14 from 5 to 7 pm. Children, adults and seniors will only have to pay $5 to get into the park this evening.

Embrace your inner child while trying hard to keep the Oreo Funnel Cake in your stomach. The Midway returns to Stampede this year with a new 45-foot-tall rotating claw ride aptly named “Spin Out”. Other favourites will also return, such as Crazy Mouse, Outlaw, Giant Wheel, Polar Express, Wave Swinger, Mach 3, and Spin Out, along with a number of carnival-style games and activities.

Not just one of the cutest attractions on the park but the most dynamic are the miniature horses. No more than 34 inches tall these horses compete in everything from obstacle courses, mini barrel racing and the ever popular costume class.

This year’s lineup for the Coca-Cola Stage, the largest music venue at the Calgary Stampede, is chart-topping and award-winning. Tonight’s concert features Mother Mother at 9pm.