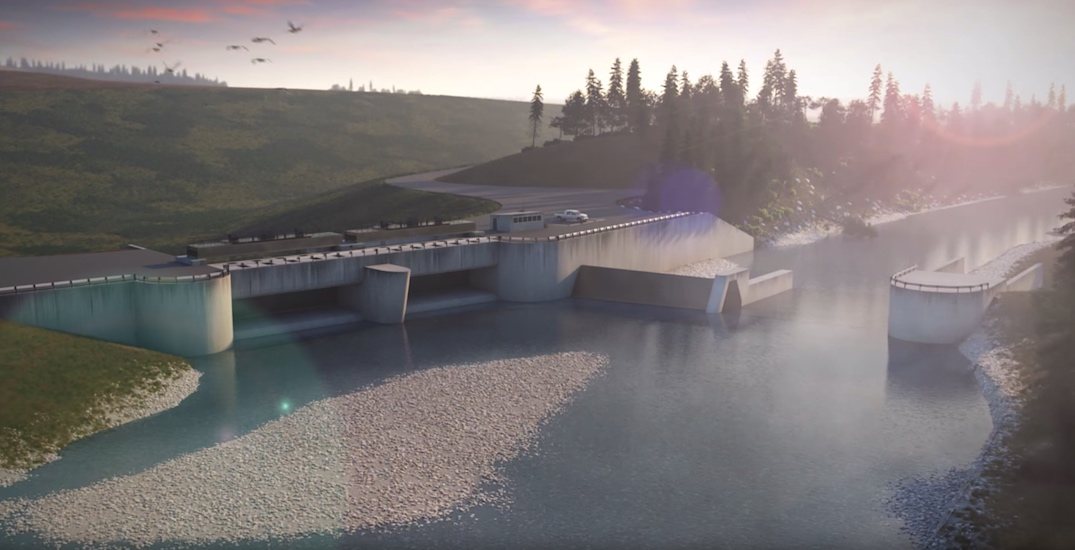 Artistic rendering of the Springbank Off-Stream Reservoir on the Elbow River. (Government of Alberta)

Winnipeg’s serious floods last week have become yet another reminder that prairie communities, including Calgary, need to continue to seriously invest in further flood mitigation infrastructure.

In Calgary’s case, ever since the devastating 2013 flood, the Alberta government has been developing a plan to build the Springbank Off-Stream Reservoir (SOSR) — a flood water storage system for the Elbow River that will reduce the volume of water that rushes towards Rocky View County and Calgary, including downtown Calgary, the Calgary Zoo, and the Stampede Grounds.

By all accounts, the SOSR will greatly reduce the likelihood that the river will spill its banks again during another 1-in-200 year flood, which could become a more frequent occurrence with the onset of the effects of climate change. 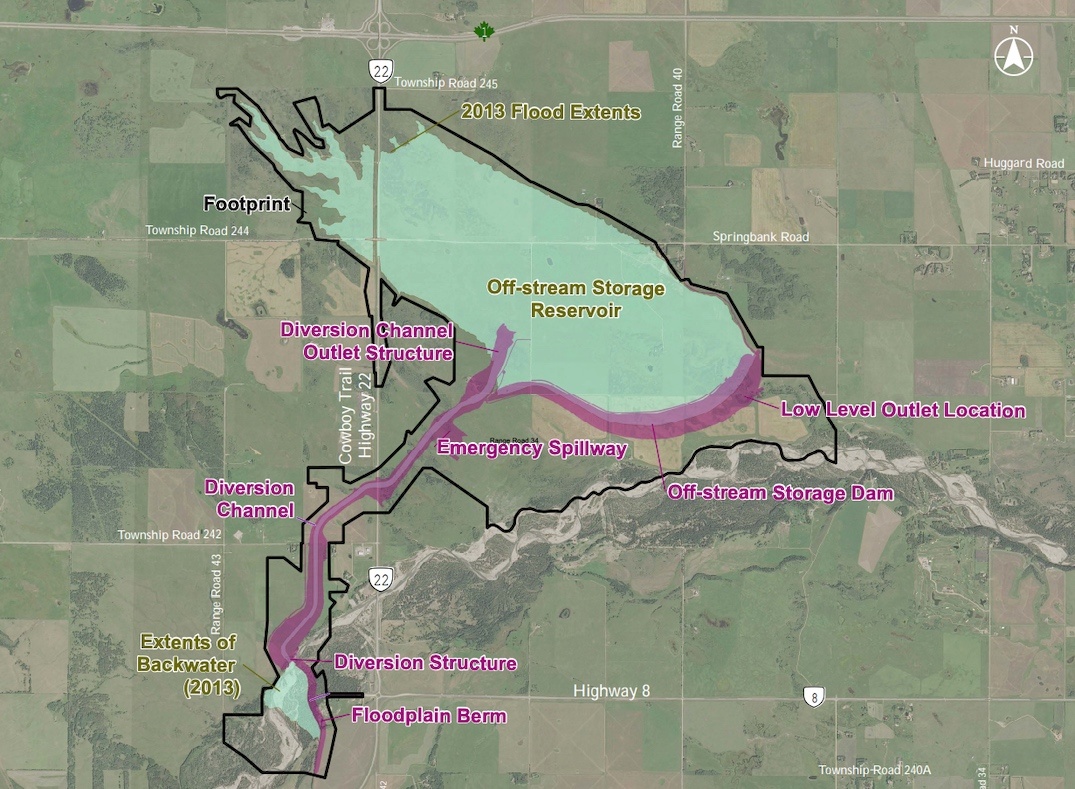 Map of the proposed Springbank Off-Stream Reservoir. (Government of Alberta)

A 4.5-km-long, 24-metre deep diversion channel will be carved through the landscape from a new spillaway on the edge of the river towards a 1,950-acre reservoir enclosed by dam and berm formations.

According to the provincial government, there will be enough storage capacity in the reservoir to hold 70.2 million cubic metres of water — equivalent to approximately 28,000 Olympic-sized swimming pools.

After the passing of peak waters in the river, when water levels recede, an outlet structure will slowly release the water back into the river in a controlled manner.

The existing Glenmore Reservoir, with its 10 million cubic metre flood water storage capacity, will work in tandem with the SOSR. When the capacities of both reservoir systems are combined, they will be sufficient to prevent the same scale of the 2013 flood, which caused over $5 billion in property damage and was associated with at least five deaths.

The entire footprint of the SOSR system, including roads, structures, diversion channels, and contingency buffer area for reservoir storage space, is 3,870 acres.

The controversial project is currently expected to cost $432 million, with the federal government committing to cover $168.5 million of the cost. At this time, the provincial government has already acquired one-fifth of the private land necessary to complete the project.

If the project passes its federal and provincial environmental approvals as scheduled, and is not obstructed by any legal hurdles, it could be ready as early as late 2022 or early 2023.

There is no question that this is a difficult project; there will be winners and losers with the SOSR, but the greater and collective good should be more than sufficient to push this project quickly forward.

Simply put, billions of dollars worth of densely clustered private property and infrastructure in downtown Calgary — the economic and cultural heart of Alberta, and the homes and livelihoods of hundreds of thousands of people — should be prioritized over a handful of individuals who own rural, undeveloped properties.

At the rate of project planning and development, assuming there are no further delays, Calgary and its surrounding communities located downstream from the reservoir site will remain greatly exposed to the conditions of another great flood for at least another four years.

It goes without saying that the provincial government should use all and any tools at its disposal to expedite the land acquisition process — ideally at fair market prices and, if necessary, with expropriation.