Two Calgarians want to shine some light on local businesses, and they’ve started a grassroots campaign to do just that. Developers Travis Martin and Leighton Healey launched the Made in Calgary sticker campaign on March 4 in efforts to help promote home grown talent. 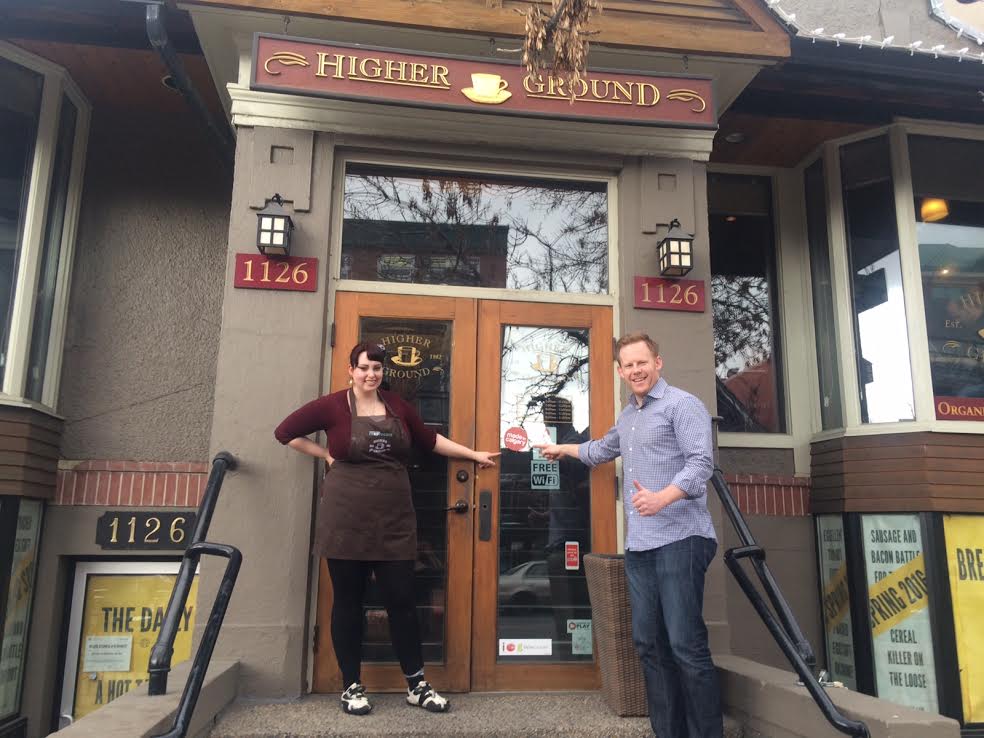 Image: Higher Ground / Made in Calgary

“We want Calgary to be known as a place where local businesses thrive and for people to easily see that there are Calgary bred businesses,” Healey told Calgary Buzz. “For an entrepreneur to start a business, they have to overcome certain obstacles. Will people actually try my business is one of them, and sometimes people will purchase a franchise instead because of the security. We looked at the ‘cowboy mentality’ that has kind of become a social norm in Calgary (at least everyone owns a cowboy hat, or something related), so we wanted to bring upon another social norm, support local Calgary businesses.”

‘Spot the dot’ is the slogan and it’s as easy as it sounds. When you see a red “Made in Calgary” sticker in a store front window, on a website, or on the packaging of beer, you’ll know that company is truly Calgarian. 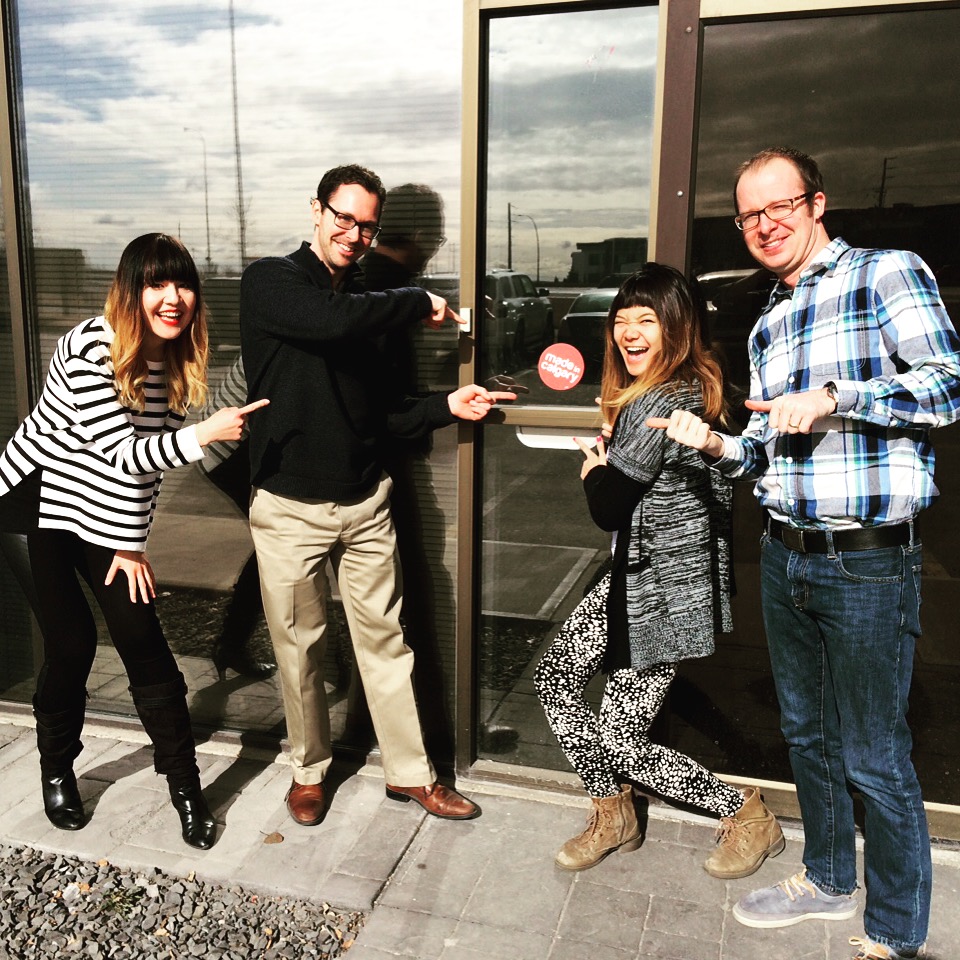 Image: Worldplay / Made in Calgary

The dot was designed by Chris Wharton, co-founder of local graphic design company GOOD Company, and first printed at Little Rock Printing in Inglewood with the support of owner Brian Kroger.

“We really wanted it to be a prominent dot. You’ll spot the dot and that will hopefully inform your decision to get your coffee from there.”

Local owners can grab their spot the dot stickers from three sites around town:

If businesses don’t have a store front but still want to use the logo, Made in Calgary will send over digital files so the dot can be spotted on flyers, websites, and even packaging. 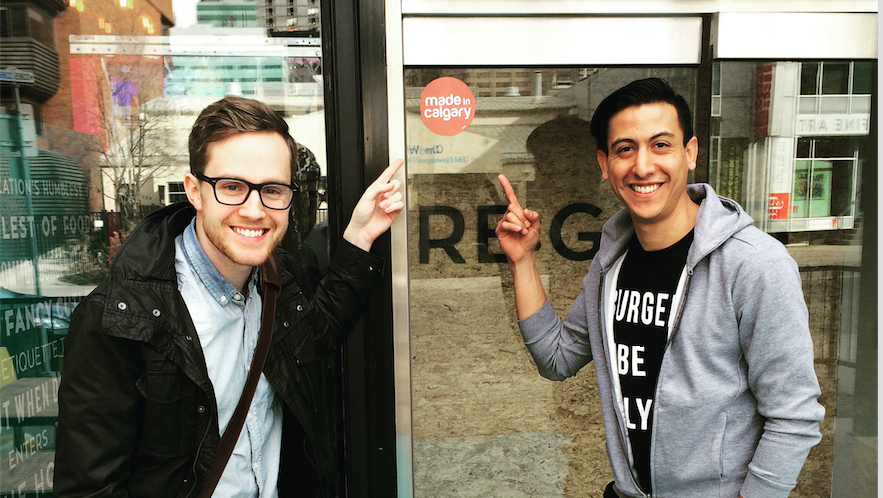 Image: Re:Grub / Made in Calgary

Martin and Healey are using social media and their website to help make the dot fun and interactive. People can visit a local business, take a picture with the dot, and then tag them on Instagram and Twitter. On their website, the duo has integrated the use of Google maps where Calgarians can click on the interactive map to find out where local businesses are. 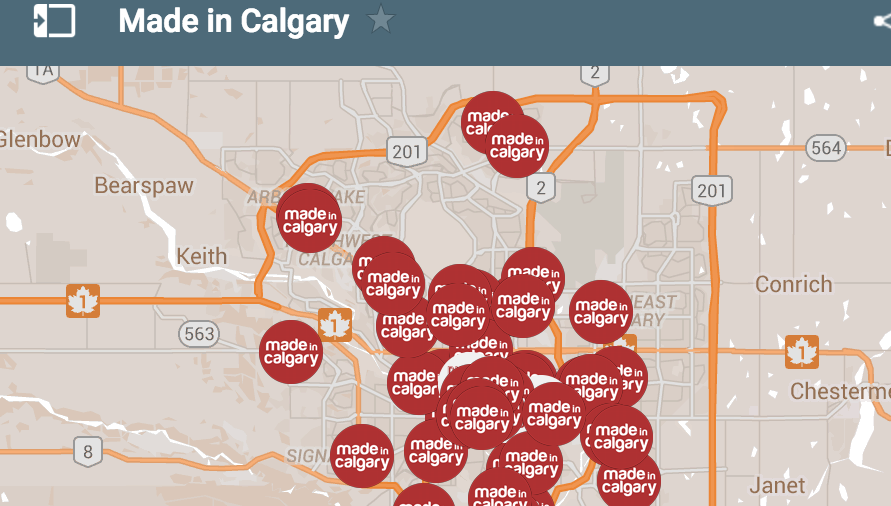 Image: Made in Calgary map

To help spread the word and identify the 51,845 local businesses in Calgary, a volunteer run ‘dot squad’ will be starting up later this month. Stickers will be given to squad members to find those hidden gems around town.

Huge shoutout to Little Rock printers in #inglewood for being the first official #madeincalgary business! And thanks for printing up our stickers! Let’s spread the word about all the great local businesses in #YYC #yycbusiness #yycstartup #403 #madeinyyc #buylocal

Shoutout to @k.met, the local #yyc artist that designed our #madeincalgary postcards! It’s so great collaborating with #calgary talent to encourage people to #buylocal! #yycarts #403 A photo posted by Launch Calgary (@launchcalgary) on Mar 5, 2016 at 2:38pm PST

Everybody give a 🏻🏻 to Melanie and the crew at Inglewood Art supplies! We’re honoured to have them on board with the #madeincalgary campaign, so go check them out in Inglewood!

Haven’t picked up a #madeincalgary sticker yet? Hurry up and grab one because we only have a million! #YYC A photo posted by Launch Calgary (@launchcalgary) on Mar 16, 2016 at 7:30am PDT