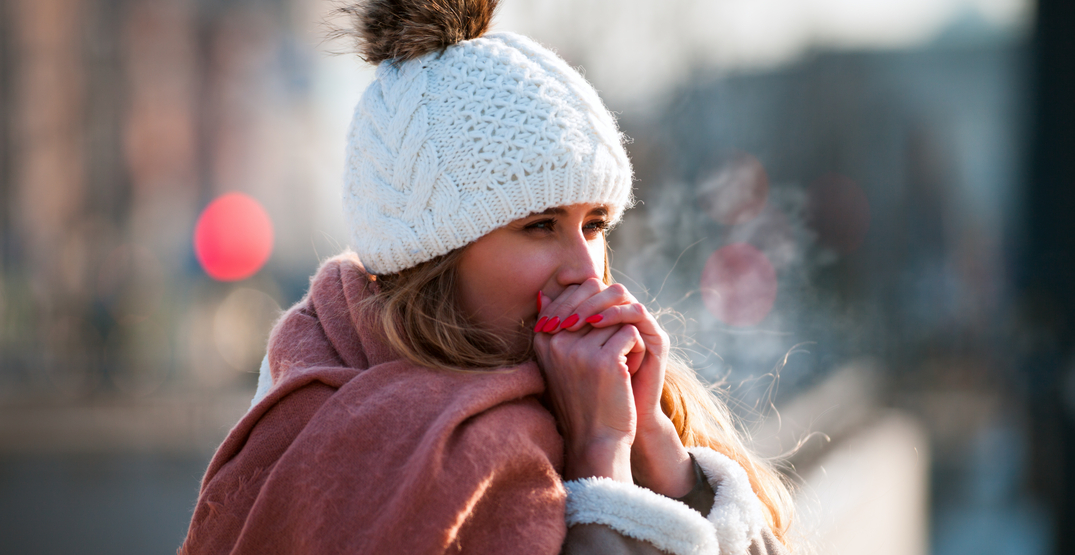 A cold front is on its way to Calgary.

Environment Canada issued a special weather statement for the City of Calgary stating that a Pacific low is currently making its way through BC.

That cold front will hit Alberta on Friday, bringing with it snowfall to much of central and southern parts of the province, including Calgary, notes the statement.

Temperatures are expected to be “well above zero” on Friday with a chance of rain, though by the afternoon temperatures could plummet as the cold front moves in.

Calgarians can expect snowfall and winds of up to 80 km/hour.

Those who are travelling home on a Friday afternoon/evening commute should be wary of the quickly changing weather and plan accordingly.

Upwards of 10 cm of snowfall could fall for any areas south of Red Deer.

“There remains some uncertainty as to where the majority of the snow will fall as this low is still off the BC Pacific coast,” reads the statement.

Looks like winter is well on its way to Calgary after an unseasonably warm fall.