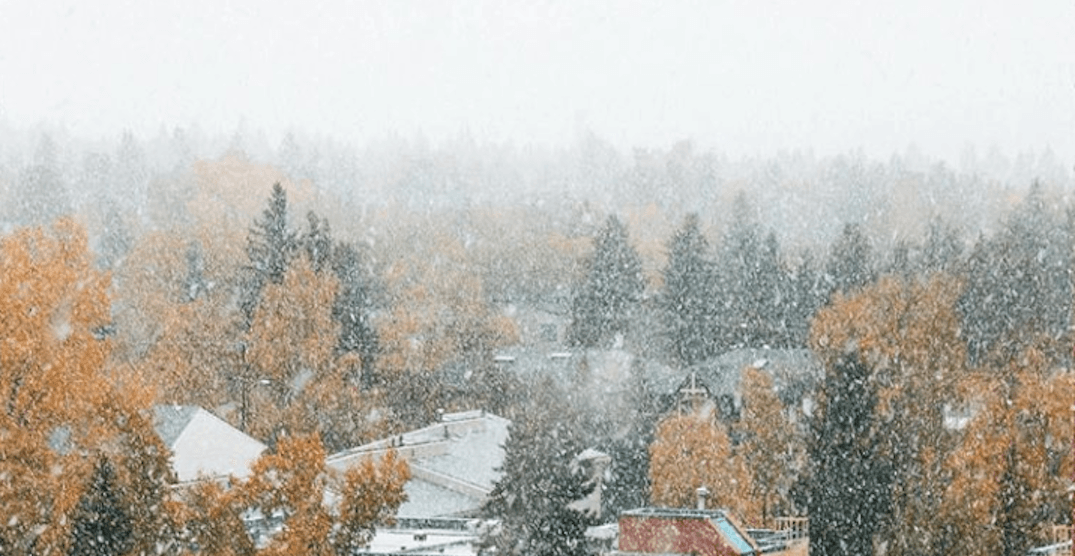 The sky turned white for Calgary on Thursday morning, though we’re still a few months away from calling it a Christmas miracle.

On September 27, giant snowflakes were seen falling from the clouds above Calgary, coming down with enough consistency to actually stick to the lawns of residences in the city.

Environment Canada forecasted a chance of snow for Thursday, as well as for a few days this weekend.

The dusting may not have stuck around for long, but it was enough to give Calgarians a glimpse into what the coming months may look like, and more than a few people took to Twitter to voice their frustrations at the early-fall snowflakes.

Others took photos and videos of the sizeable flakes as they floated down to the ground, and we’ve collected a few of our favourites to give you a look at the unseasonable snowfall.

Woke up this morning in Calgary to scenes of snow falling pic.twitter.com/KBShgDv0ec

We got snow this a.m. in Calgary …too early!! ☹️ pic.twitter.com/Mg62H0egOZ