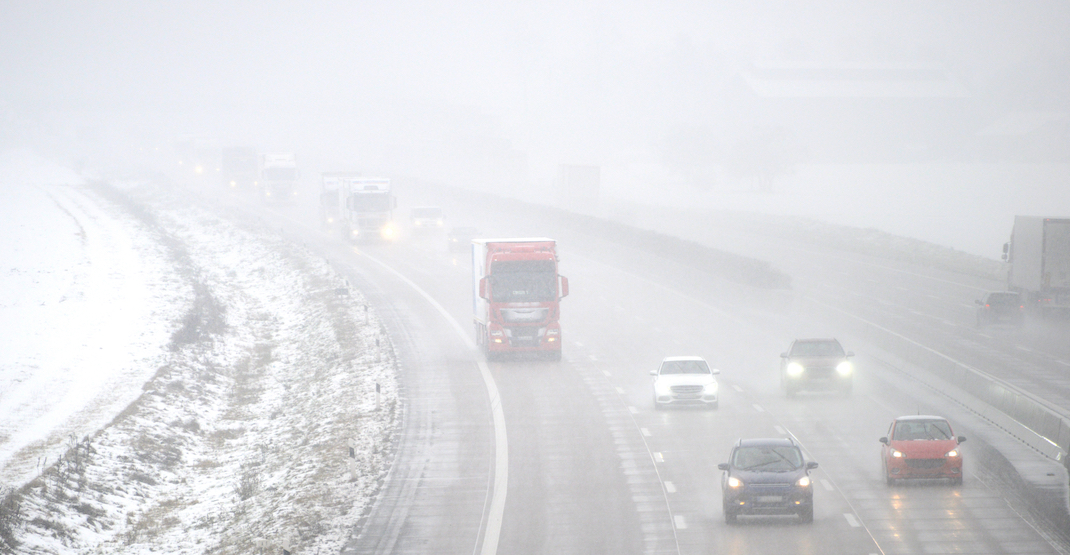 If you were planning on taking the highway near Banff or Jasper National Parks this weekend, be prepared for a lot of snow.

Environment Canada has issued Snowfall Warnings for parts of the highway leading to Banff and Jasper national parks, as well as Special Weather Statements for some surrounding areas.

According to Environment Canada, snowfall is expected to begin Thursday evening, “bringing 15 to 25 centimetres of snow to Highway 93 north of Lake Louise by Friday afternoon.”

In the warning, Environment Canada is reminding motorists to adjust their driving to the changing road conditions.

“Rapidly accumulating snow will make travel difficult. If visibility is reduced while driving, slow down, watch for tail lights ahead and be prepared to stop,” said Environment Canada.

A Special Weather Statement has also been issued for Banff National Park near Banff, near Lake Louise, and near Saskatchewan River Crossing, as well as Clearwater Co. near Siffleur Wilderness Area.

“Communities and highways close to the British Columbia border could see total snowfall accumulations of 10 to 20 centimetres, while the eastern slopes of the Rockies will see warm, dry, and gusty conditions. Warming temperatures could cause some precipitation to fall as rain or wet snow, especially in valleys at lower elevations,” says Environment Canada.

Holiday travel through the mountains could be difficult Friday and Saturday on routes such as highways 1, 3, and 93.

Drivers are reminded to slow down and be prepared to stop if travelling on these routes for the holidays.