And just like that, winter has swept right back into Alberta.

Environment Canada has issued snowfall warnings for much of the province, though Calgary itself is safe from the heaviest of snow falls (for now, at least).

A total of 10 to 15 cm is expected for the surrounding areas, including Edmonton, Grande Prairie, Hanna, and Leduc.

The snow will fall on Thursday afternoon, throughout Thursday night, and into Friday. 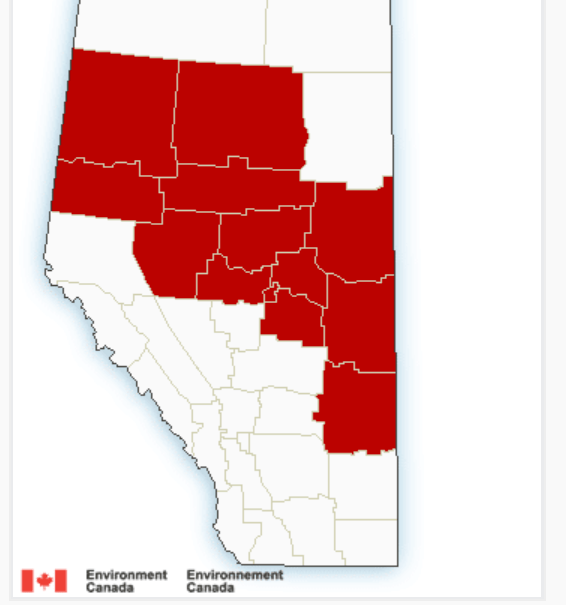 The warning also states that winds of up to 70 km/h can be expected in eastern and central portions of the province, which may cause blowing and drifting snow.

As always, drivers are urged to use caution when driving on affected roads and to look out for damaged tree branches. Power outages may also occur in localized areas, as the snow is expected to be wet and heavy.

As for Calgary, the city does have a bit of snow expected in the forecast, though Environment Canada has not yet included it in today’s snowfall warning.