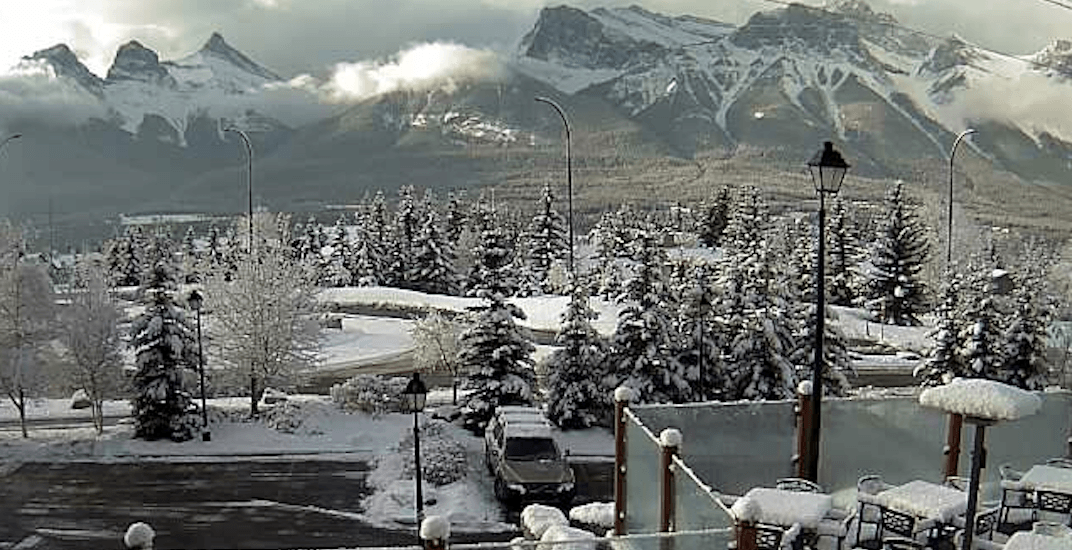 Looks like the Starks were (finally) right; winter has come.

Environment Canada has issued a snowfall warning for areas of Kananaskis Country, Canmore, and Crowsnest Pass, expecting extended snowfalls from Wednesday to Saturday.

Due to a storm moving in from BC, parts of the areas have already seen 10 cm of snowfall, with heavy snow expected to start later on Wednesday.

“Total snowfall accumulations of 25 to 40 centimetres are expected by Saturday morning, with locally higher amounts possible.”

While Calgary is plunged into below freezing temperatures, the city may also see a snowfall warning sometime this week as well.

“Snowfall warnings may need to be expanded east later this week as the system develops,” the release read.

As always, Environment Canada urges drivers to use caution when travelling in snowy areas, and to adjust driving accordingly.