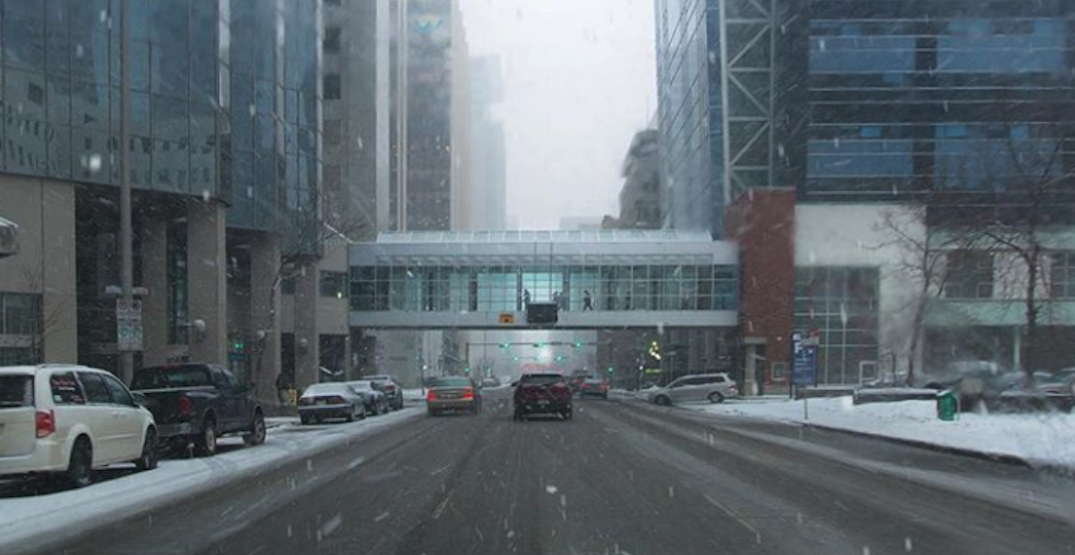 We all know the drill by this point, right?

It might be the latter half of April, but Calgary has fallen under yet another snowfall warning from Environment Canada.

This time around Calgarians can expect to see a full 10 to 20 cm of the white stuff before things calm down, ending from south to north on Monday night.

To think that some of us actually got our hopes up from that sunny weekend.

Anyone living in the northwestern part of the city will see higher amounts of snowfall today, while the lower portions of the city may actually luck out with less than 10 cm of snow – if you can call that lucky.

Drivers are warned of reduced visibility throughout the day, and to use caution on the roadways, if they must travel at all.

More snow is expected for Calgary on Tuesday, though the weather actually clears up heading into the weekend, with sunny skies and highs of 12°C.