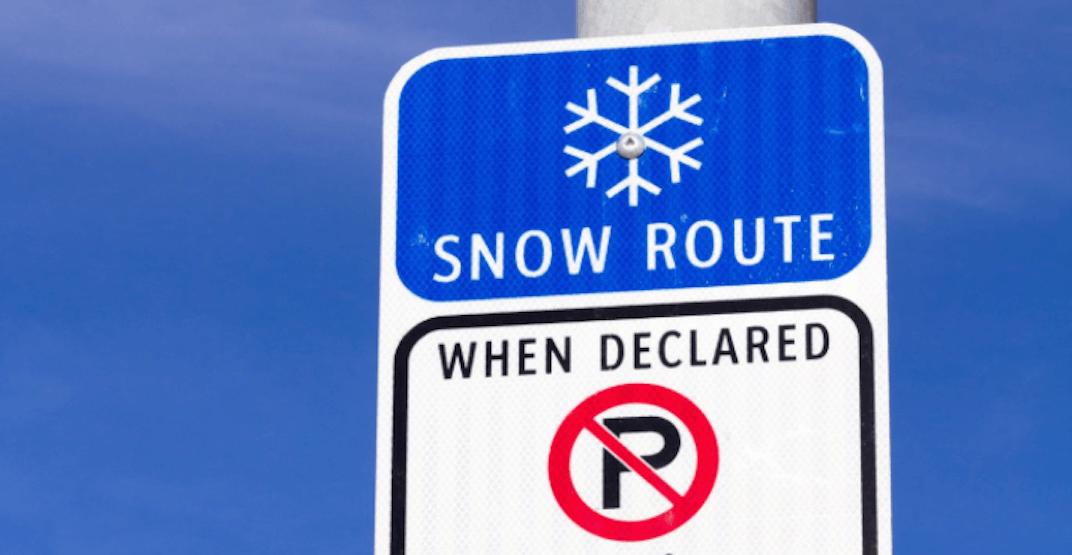 Congratulations, Calgary — you’ve made it through yet another snow route parking ban!

…Well, you almost have. Technically the ban doesn’t actually lift until 5 pm today, but given that so many of you are (probably) out and about at work, school, or whatever it is you spend your 9 to 5 doing on Wednesdays, the 5 pm lift means that your favourite roadside parking spots will have become viable by the time you pull up later today.

Thanks to the weekend’s snowfall, the City of Calgary announced a snow route parking ban that started at noon on Monday.

The ban called for anyone who usually parks their vehicle on designated snow routes to relocate so that the roads could be cleared, according to a release from the city.

Bans are expected to last for 72 hours after they are first put into place, or until they are either lifted or extended. Luckily for us, the former was the case this time around.

There were some casualties as a result of the two-day long parking ban this February, however, with a total of 1,898 tickets being given out as of noon today.

“Our goal is 100% compliance with every parking ban,” said CPA Enforcement Coordinator, Ben Pisch, in the release.

“Our fines increased this year to $120 and the numbers show this was an incentive to move vehicles off the street. It is the Calgary Parking Authority’s main objective to help keep roads safe and accessible for Calgarians.”

Snow removal operations are now expected to move onto residential streets, where ruts will be knocked down and sand and gravel will be laid.