The free, all ages Sled Island Pre-Party will be back outside Lukes Drug Mart in June, headlined by local singer Chad Van Gaalen.

Van Gaalen doesn’t make many appearances in his hometown, so it promises to be a rare treat for fans of his adventurously creative music and visual art.

Van Gaalen will be joined on June 12 by Calgary band We Know, Vancouver’s We Are The City and Toronto’s Hooded Fang.

Now in its fourth year, the Pre-Party was originally launched to celebrate Sled Island, a five-day annual independent music and arts festival held in Calgary. 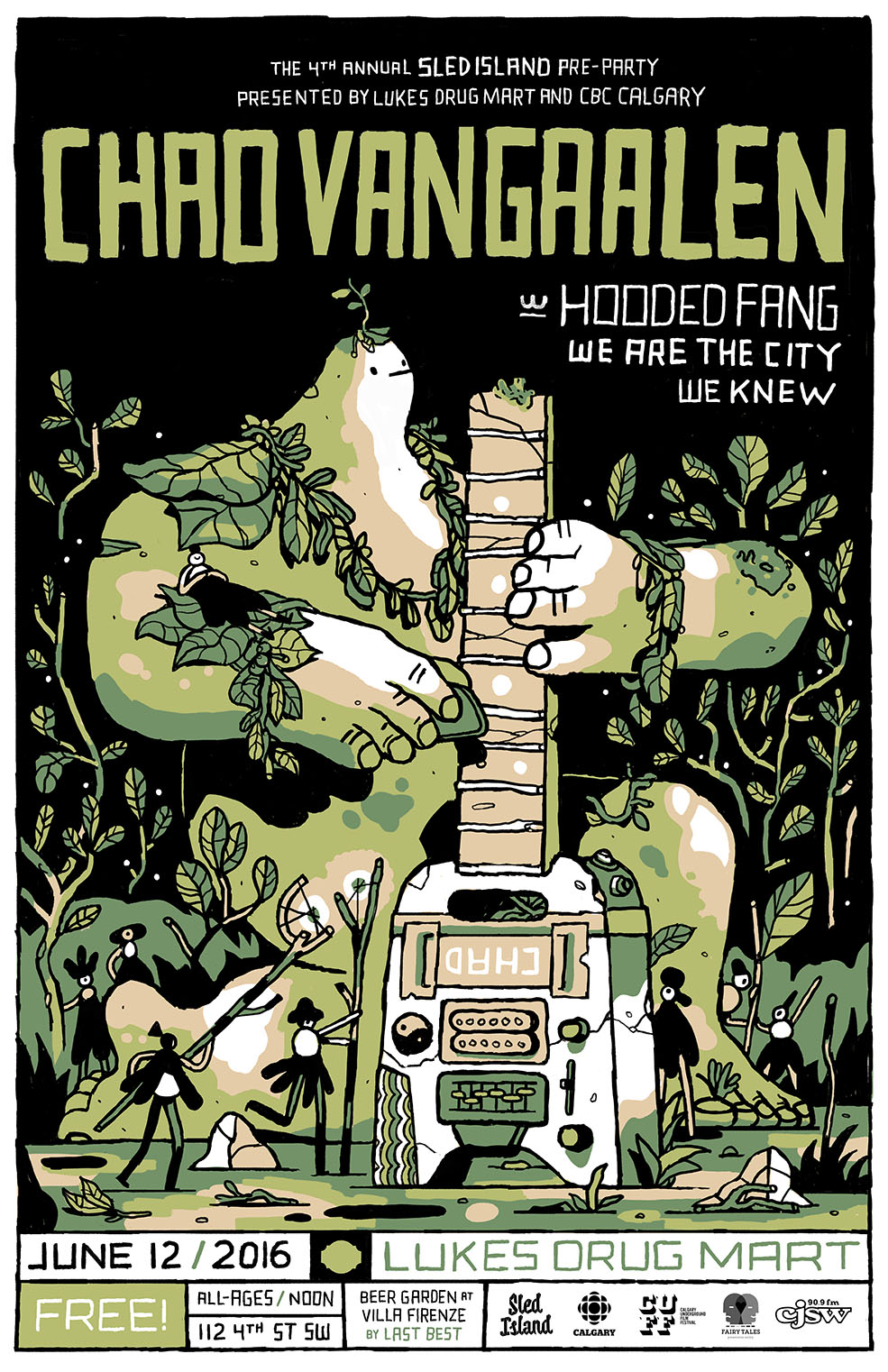