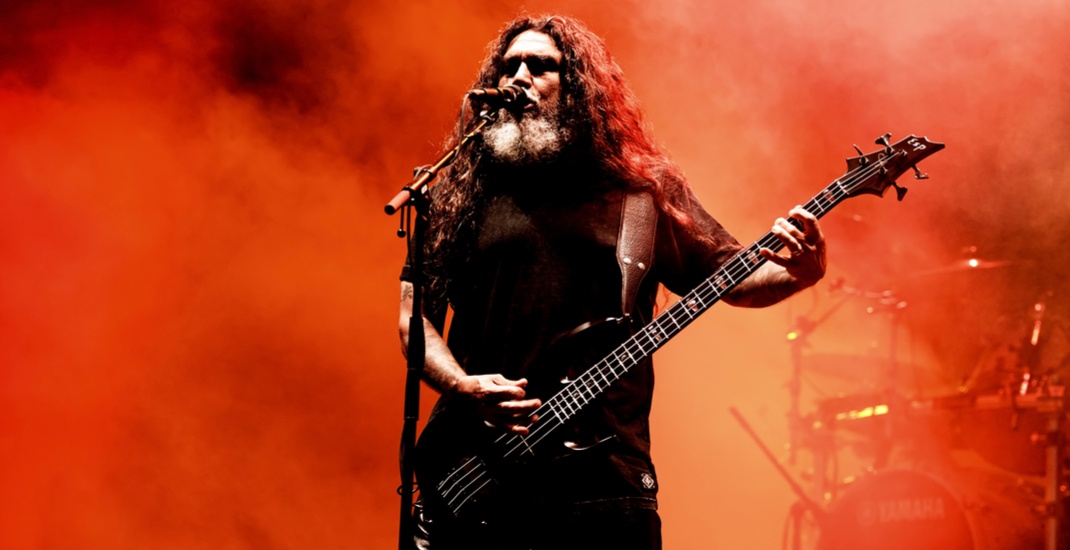 Slayer is coming to Calgary this spring. (Christian Bertrand / Shutterstock)

In what might be the heaviest show you’ll ever witness, California metal act Slayer has announced they will stop in Calgary as part of the band’s “last concert tour around the globe” this spring.

The show is set to take place on Saturday, May 19, at the Big Four, and, in addition to Slayer, will feature heavy music doses from supporting acts, Lamb of God, Behemoth and Testament.

Their latest (and final) tour comes after a highly storied, almost 40-year career, which included 12 studio albums, multiple live recordings, compilations, live video and two box sets, almost 3,000 concerts around the world, five Grammy nominations and two Grammy awards, an appearance on The Tonight Show, and their own exhibit in the Smithsonian museum.

The doors open at 4 pm and the show is set to kick off at 5 pm, which – even with a five-band lineup – should still leave plenty of room for a good night’s rest.

And if that’s not the most metal thing ever, we don’t know what is.