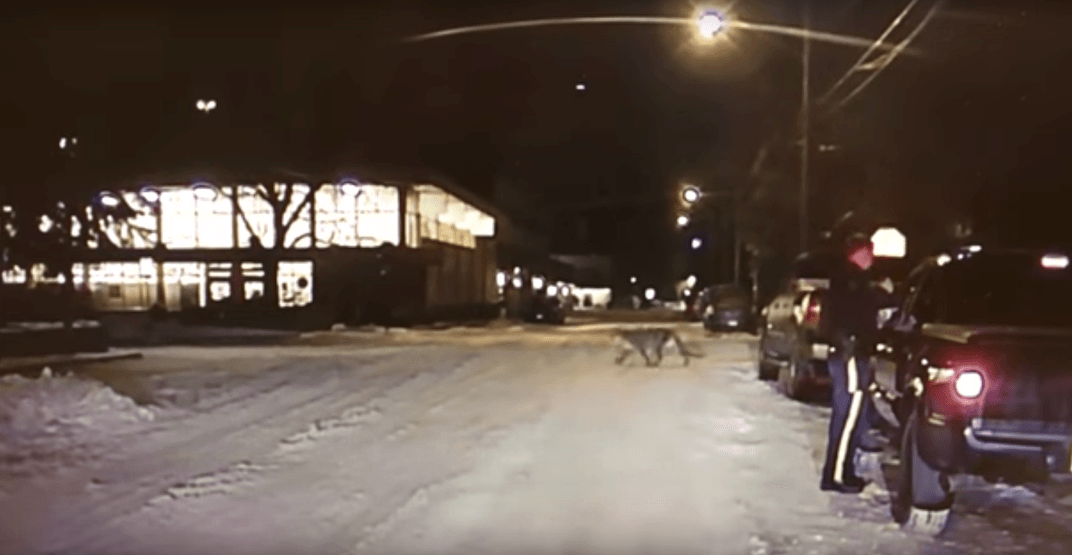 An RCMP officer in Banff National Park must have had quite the scare, as a cougar was spotted crossing the street just a few metres away from him.

The furry jaywalker was caught on the officer’s dashcam, and the way the large animal stalks across the snowy street makes it look as though it (thankfully) had better things to do than bother the police.

The officer, who is seen in the video talking to a person in a black pickup truck, seems to notice the animal just as it finishes crossing the street, though if he was frightened or startled, he did a good job of hiding it.

The video was uploaded by the RCMP-GRC Alberta YouTube channel on January 19, and has already received more than 37,000 views.

“A nosey neighbour was caught on RCMP VICS camera trying to see what one officer was up to,” the video’s description reads