The City of Calgary is warning Calgary commuters of potential traffic for anyone attempting to use Crowchild Trail.

According to a tweet from YYC Transportation, the City’s transportation news account, a sinkhole has caused the closure of two southbound lanes of Crowchild Trail just south of 26th Avenue. 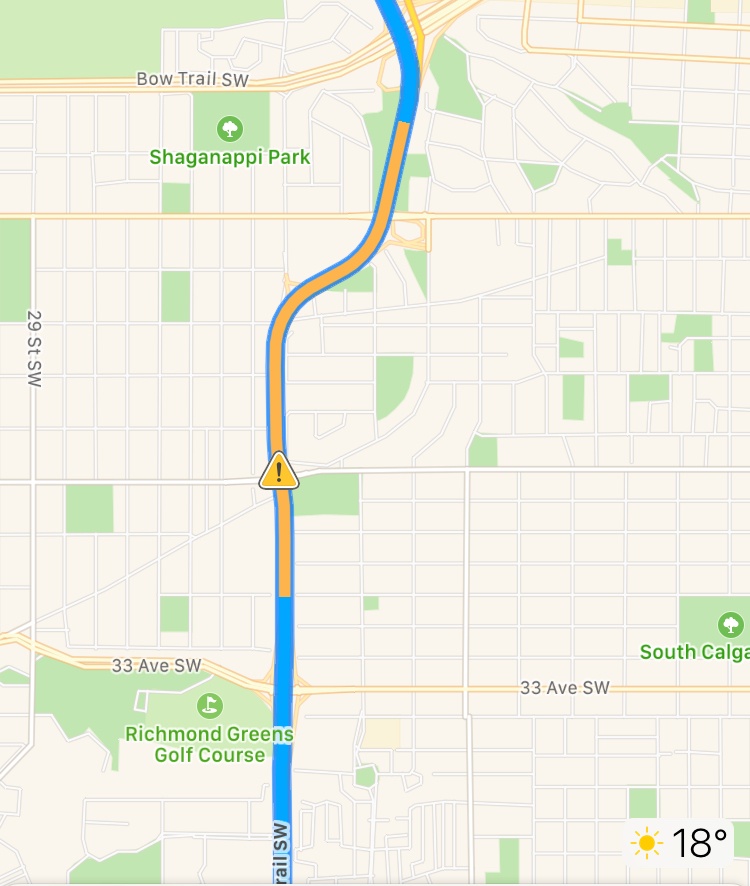 The City put out the warning at around 9 pm Thursday night, and the lanes will remain closed to road-users throughout this morning’s commute.

Significant traffic impacts are expected, and the City encourages drivers to simply avoid the area by using alternative routes.

Major closure: The two southbound lanes of Crowchild Trail south of 26 Avenue SW will remain closed during the morning commute due to a sinkhole. Significant traffic impacts expected. Avoid the area and plan and alt route. ##yyctraffic