On the banks of the Bow River in the heart of the up-and-coming East Village, the Simmons Building lies. As late as few years ago this handsome two-storey brick building, which was once the site of a mattress factory warehouse, laid empty and forgotten.

That was until a massive regeneration project to restore and repurpose the century-old building was established by the Calgary Municipal Land Corporation (CMLC). Now the one time abandoned building stands as a bustling cultural hub and a food mecca of sorts, thanks to the building’s new tenants.

This one-of-kind concept, which officially opened its doors in the summer of 2015, is home to three of the city’s most revered food and drink establishments, Charbar, Phil & Sebastian Coffee Roasters, and Sidewalk Citizen Bakery.

While showcasing a range of culinary temptations under one roof is by no means a new idea, what is a unique aspect of the Simmons Building is the collaborative approach the three independent establishments take; if you order a coffee at Charbar it will be made by one of Phil & Sebastian’s baristas and brought over to your table. Similarly, if you buy a pastry from Sidewalk you may dine in the Phil & Sebastian café.

With so many delicious things to chew and sip on at the rejuvenated Simmons Building, we’ve complied a list of what you can find within the walls of this industrial-chic gathering place. 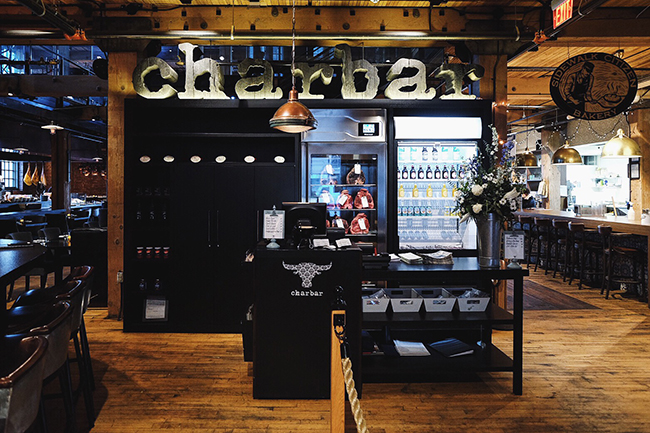 The restaurant has its own seating spread out over two floors, as well as an outdoor seating area and a rooftop patio, which offers spectacular views of the city skyline and the Bow River.

In addition to preparing mouthwatering wood-grill offerings from their sit-down restaurant, the team behind Charbar, also own and operate a pop-up window, which flips and sells one of Calgary’s most sought-after burgers, the Alley Burger. The food truck may be gone but Alley Burger still operates a casual grab-and-go system. 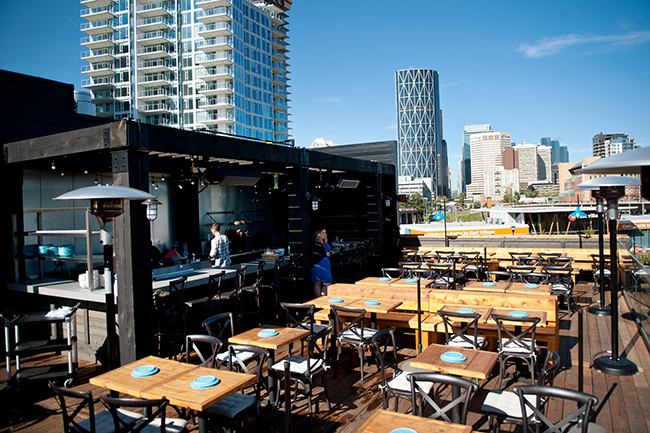 After an extremely successful 2015 summer season, Charbar’s rooftop patio will relaunch this year with a new name, “Rooftop Bar @ Simmons,” and its own unique personality and menu.

Under the guidance of chef Jessica Pelland, the menu will feature a variety of small plates and sharing platters, in addition to salads, sandwiches, and signature items from the rooftop’s grill, like a high-stacked, double patty burger. 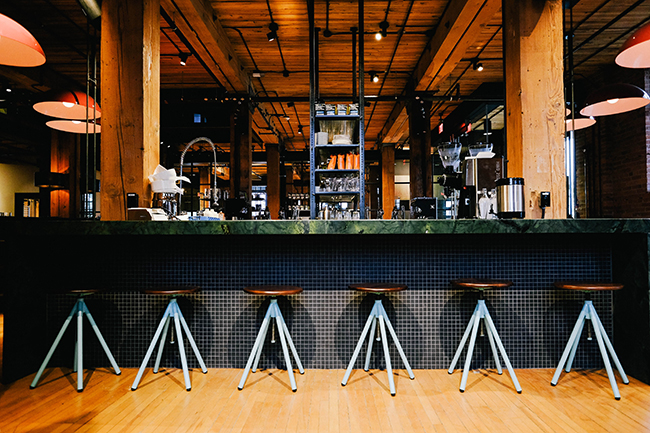 Calgary’s favourite locally-based coffee roaster Phil & Sebastian also resides in the Simmons Building, where they not only have a state-of-the-art concept café, but also their headquarters and future roastery.

The well-executed drink menu at Phil & Sebastian has a few different components: espresso-based drinks (cappuccinos, lattes, and mochas), brew-to-order coffees (single origin manually-brewed drinks using tools such as the V60 and Aeropress), and loose leaf teas from O5 in Vancouver.

Designed as a lab of sorts, the Phil & Sebastian’s Simmons Building locale also showcases new and innovative drinks across the seasons. Currently, speciality beverages on offer include the Irishman’s Cascara and Mulled Cascara. 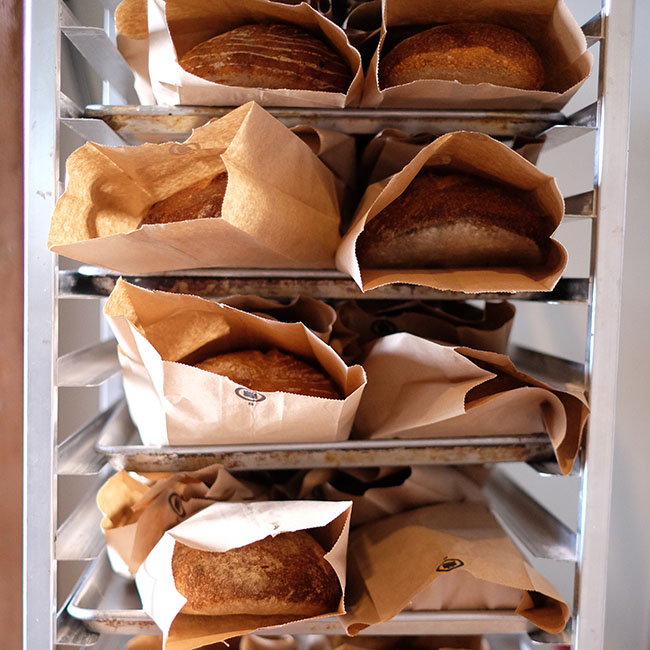 Aviv Fried and Michal Lavi have brought their renowned baked goods to the Simmons Building, along with an expanded Middle Eastern and Mediterranean menu.

At the Simmons locale, in addition to offering their sought-after organic, hand-cut and shaped, long fermentation sourdough bread; enticing pastries; salads; soups, and stews, Sidewalk crafts Israeli-style pita bread. A soft, pocket like pouch that can be filled with meat, veggies, and sauces. The menu rotates daily and changes entirely every three months.

Items purchased from Sidewalk can be packaged to-go, or devoured at the bakery’s lunch counter or cluster of tables. An open-view kitchen allows customers to see all the behind-the-scenes baking action unfold.