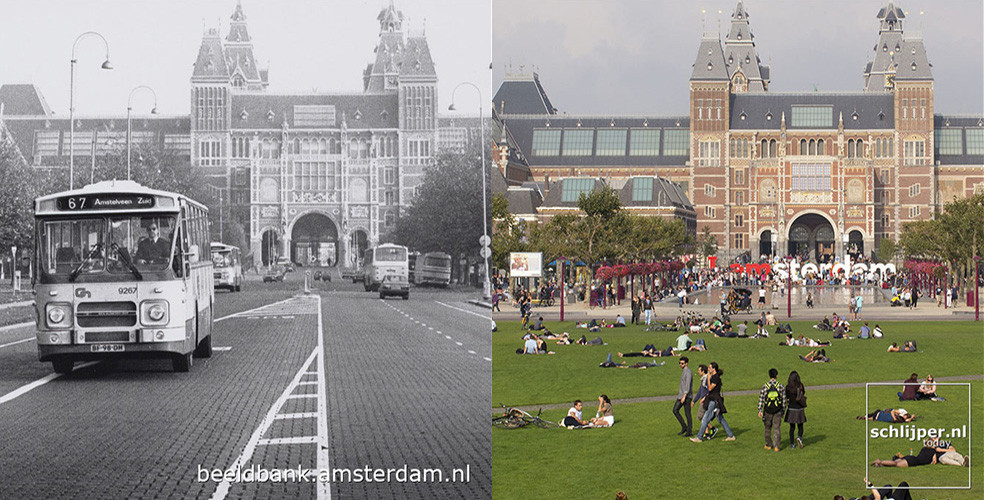 At first glance, Cornelia Dinca’s journey from the oil fields of Alberta to the bicycle-friendly streets of Amsterdam seems like an unlikely one. But the relationship between the way we design our cities, and the energy we use is one that has long fascinated her.

After immigrating to Western Canada with her Romanian family at the age of eleven, Dinca had a typical suburban upbringing in Calgary, and – with a Bachelor’s in Chemical and Petroleum Engineering from the University of Calgary – spent some time working in the fossil fuel industry before Europe began calling her to return. 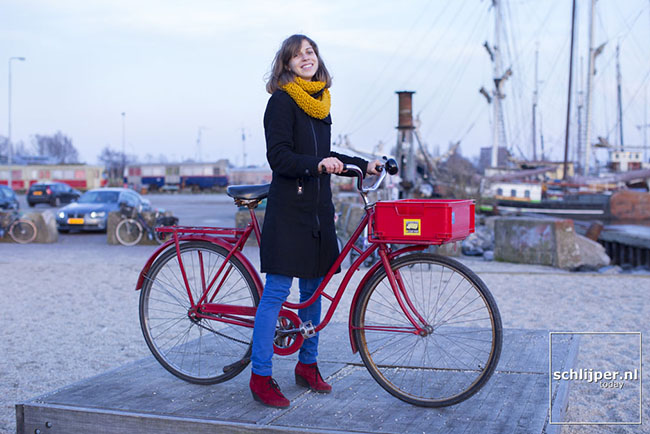 “I took a year off to live in France before starting university, and also completed a work term in Germany,” Dinca recalls. But it was a (poorly paid) internship crunching numbers at an Amsterdam climate change consultancy that ended up sealing the deal.

The experience of living and working in Amsterdam was transformational, shifting her focus from one of environmental sustainability to urban livability. Securing a job as a tour guide to supplement her income, she would show historical photographs of the city’s car-choked streets to tourists, and their reactions were almost entirely uniform: “They would almost always say the exact same thing: ‘That looks an awful lot like my city,’” remembers Dinca. 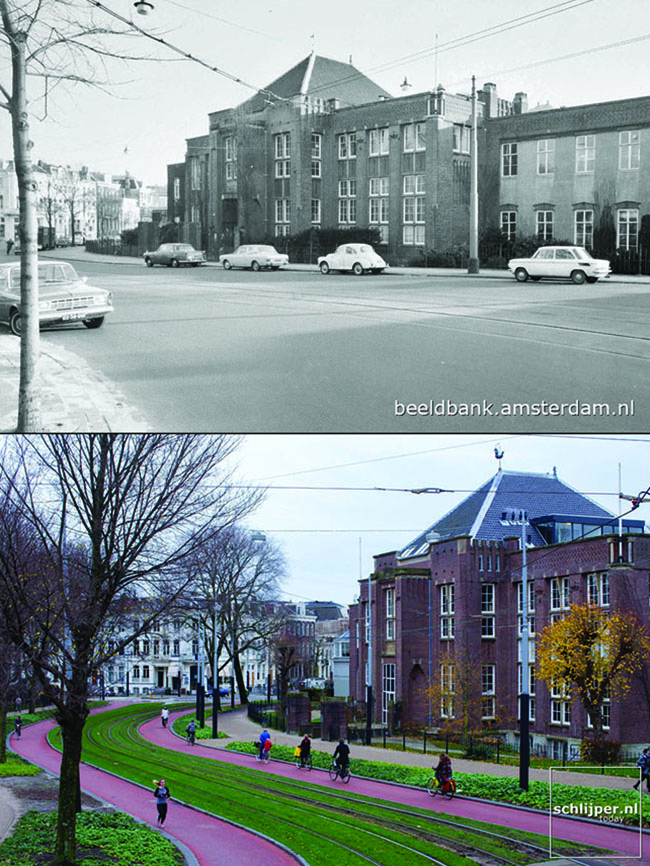 Dinca and her Californian partner briefly moved back to North America for nine months in 2013, drawn by Vancouver’s reputation for world-class quality of life and progressive politics. But a frustrated stint into the bicycle advocacy scene – including the fledgling Streets for Everyone – would often end in the same reaction from local leaders: “This isn’t Amsterdam”. But, drawing on those archival photos she had collected over the years, Dinca reminded them that, as recently as the 1980s, neither was Amsterdam.

And so, rather than continue down that rather unproductive and unsatisfying path, Dinca decided it was time to return to her adopted home, and complete her Master’s in Urban Planning at the University of Amsterdam, with an emphasis on exploring the (often undervalued) connection between transportation and land use planning. 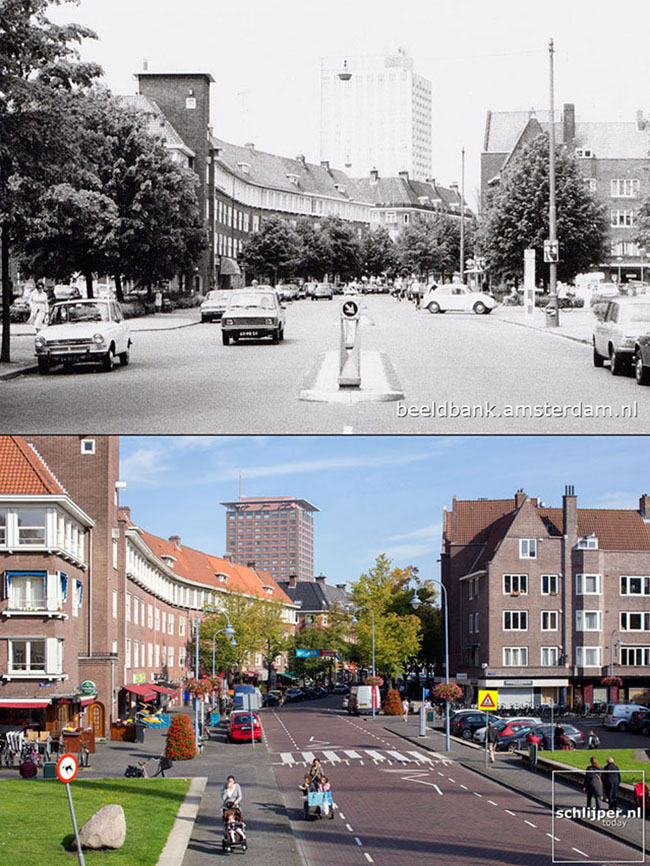 When it came time to select her thesis project, Dinca recalled the old black-and-white photos that she would show to tourists, and asked herself a compelling question: “Why don’t cities learn from their peers’ historical mistakes and successes?”

She knew, for example, there was intense opposition and outrage at the removal of car parking at the time, while, decades later, almost all Amsterdammers would enthusiastically agree it was a positive step. So she set about better defining and quantifying these dramatic steps towards a city for people, and the average person’s reaction to them. 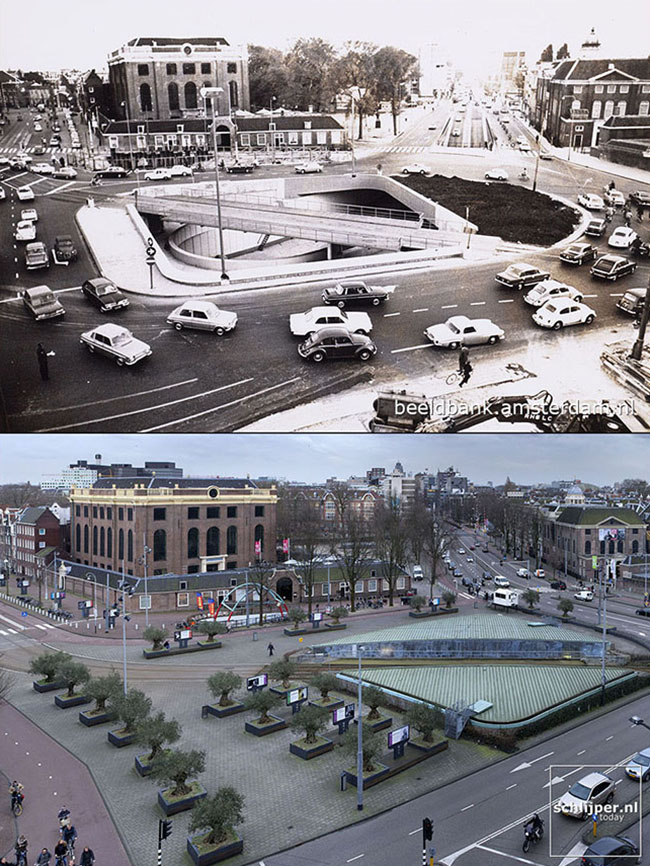 “Generally speaking, I identified three distinct periods in Amsterdam during the 20th century,” says Dinca. “I called them the pre-war, post-war, and post-car eras.”

The higher density, mixed-use streets built before the Second World War were undoubtedly the easiest to retrofit, whereas the post-war streets proved far more challenging because of their low density, inflexible zoning, and auto-centric design. 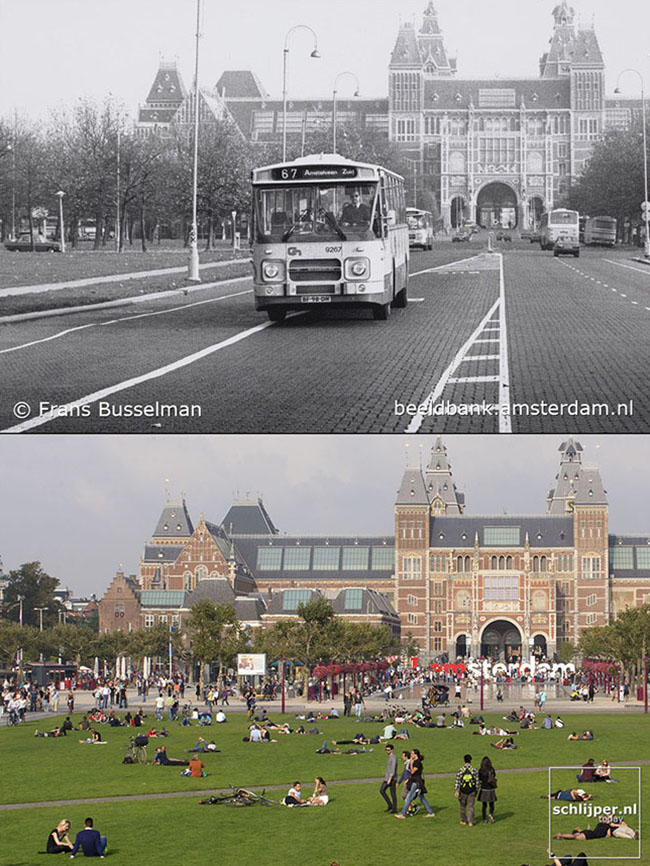 But no matter the original design intent, planners were simply retrofitting them to accommodate a diversity of users and uses, not unlike the period before the invention of the automobile. ‘”It wasn’t just about building bike lanes,” insists Dinca, “But building streets that act as destinations rather than traffic sewers, and slowing everyone down to a speed where people will chose to walk or cycle.”

It wasn’t until a viral tweet by University Professor Marco te Brömmelstroet, and a subsequent FastCoExist article, that Dinca began to understand the power and potential of using social media to share her work. She became far more active on Twitter, and resolved to take full advantage of the opportunities it presented her. 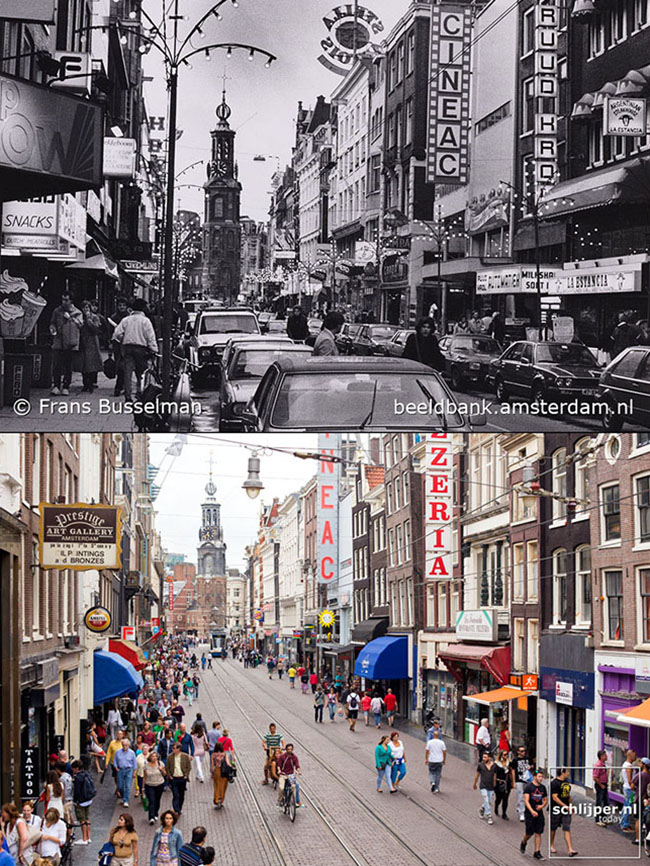 “I connected with Thomas Schlijper, often called ‘The Photographer of Amsterdam’, whose beautiful work I was using to illustrate the current conditions,” says Dinca, “And, after a couple of beers, we decided to collaborate on a social media campaign.”

Dinca and Schlijper officially launched their #LivableCities campaign in December 2015 under the Sustainable Amsterdam moniker, an organization Dinca started the previous year to make sense of what she was learning. The group now offers guided tours and study programs to visiting students, professionals, and politicians; each designed to communicate her passion for the city she calls home, and her desire to impart its successful approach to creating smart and vibrant communities. 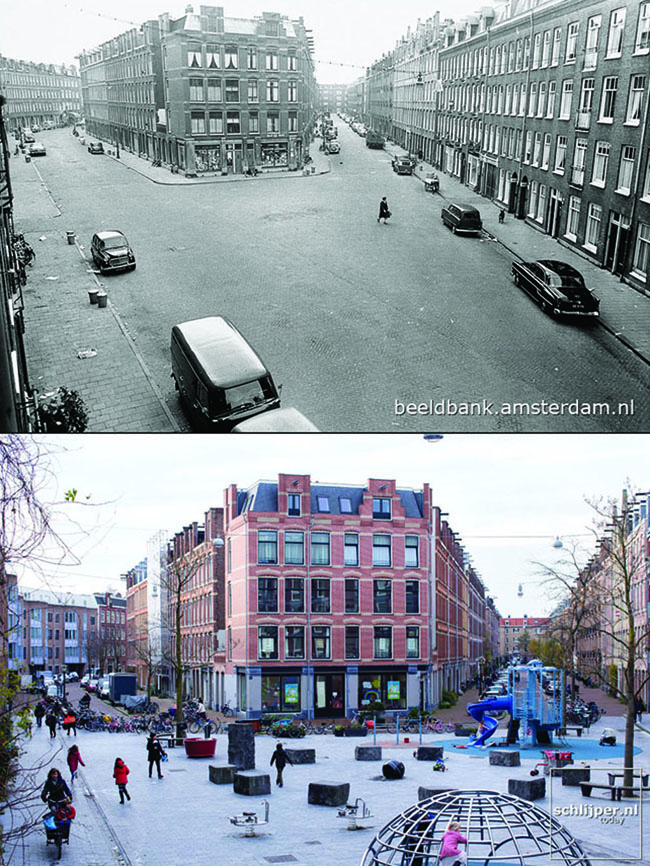 In addition to her collaboration with Schlijper, Dinca recently partnered up with artist, urbanist, and fellow Canadian Lucas Brailsford to create a wonderful animated video of her collages.

While Dinca and her American partner plan to remain in Amsterdam for the long-term, that certainly won’t prevent their wanderlust from taking them around the world, including a six-week tour of South American cities this summer.

“I am really passionate about sharing Amsterdam’s story of transformation,” Dinca says proudly, but is careful not to insist it has all of the answers. “Every city has its own unique conditions and challenges,” she admits. “It’s not about making all cities like Amsterdam. It’s about making them better versions of themselves.” 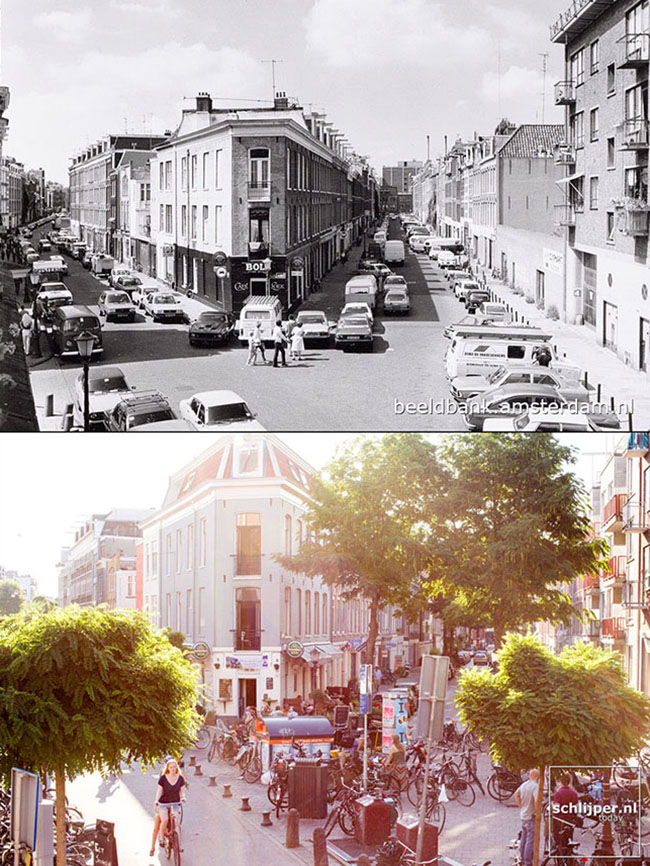 Did you enjoy this story? There will be many more like it in the coming months, as Modacity prepares for a five week, five city (Amsterdam, Eindhoven, Groningen, Rotterdam, and Utrecht) tour of The Netherlands this summer. Upon our return, we’ll be writing five exclusive articles for Calgary Buzz, each designed to tell the unique story of that Dutch city and its people. Read more about our impending adventure here, and – if you value the work that we do – please consider contributing to our crowdfunding campaign here.