The 2016 JUNO Awards take place in Calgary this weekend, and Calgary Buzz was invited to take a sneak peek at what audiences can expect when the curtain goes up on Sunday.

In a departure from the backdrop used for previous events, the set for year’s JUNOS features an LED light stage made up of 41 million pixels of video LED panels.

Roughly 10,900 tickets have already been purchased for the sold out event. But it’s not too late if you want to see your favourite stars in the flesh as Allan Reid, President and CEO of CARAS/JUNO Awards and MusiCounts, revealed that 1700 more tickets were released for the JUNOS today. 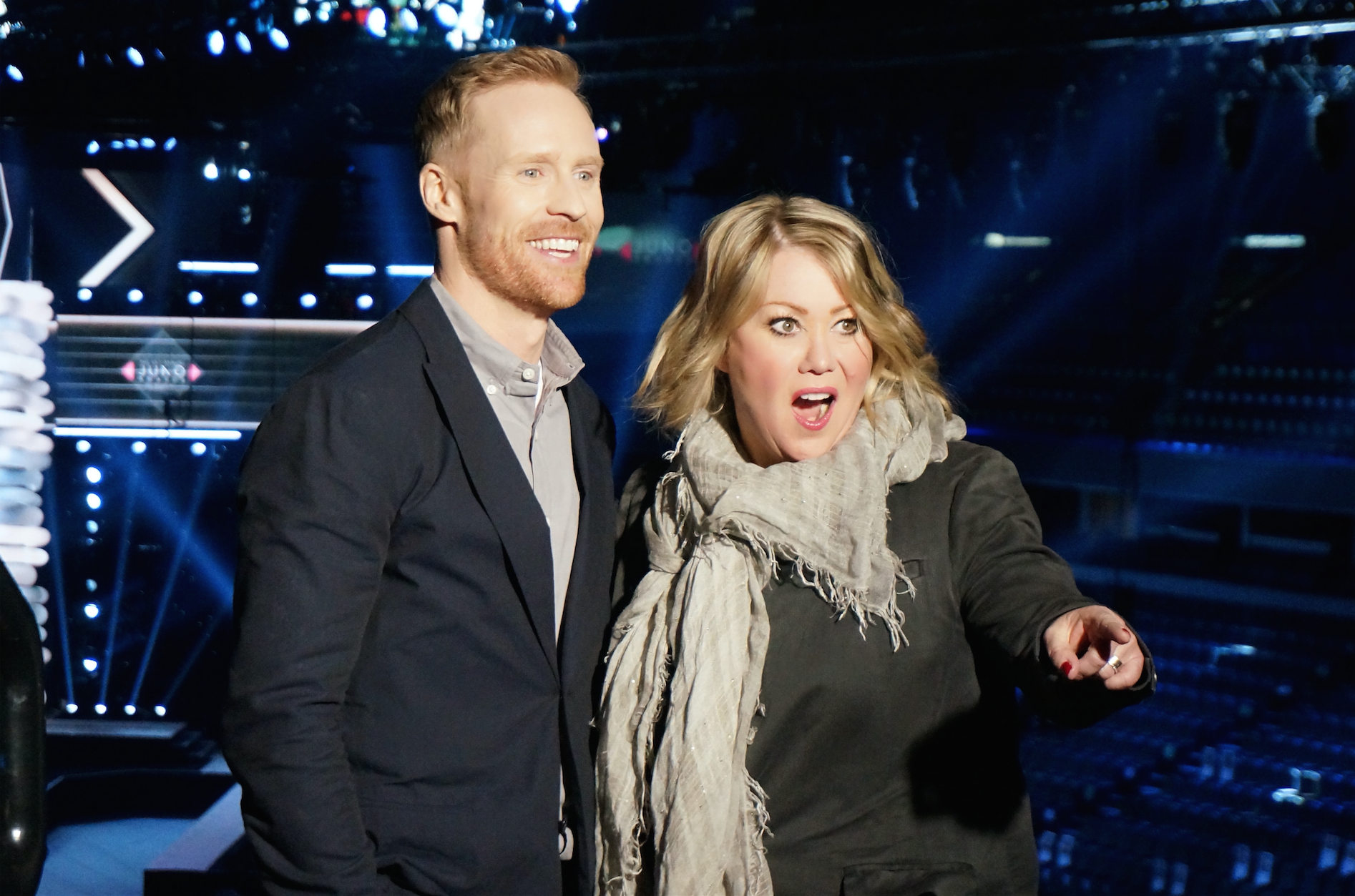 At the reveal Jann Arden and Jon Montgomery, co-hosts of this year’s broadcast, offered some good advice for young aspiring Canadian artists. “Don’t be an asshole! Now that’s something they won’t teach, or let them say in school eh!” She said laughing. “The industry is way to small and you end up meeting and working with people again even after years of doing something else.”

Great advice Jann. We can’t wait to see what you and Jon have planned for Sunday.