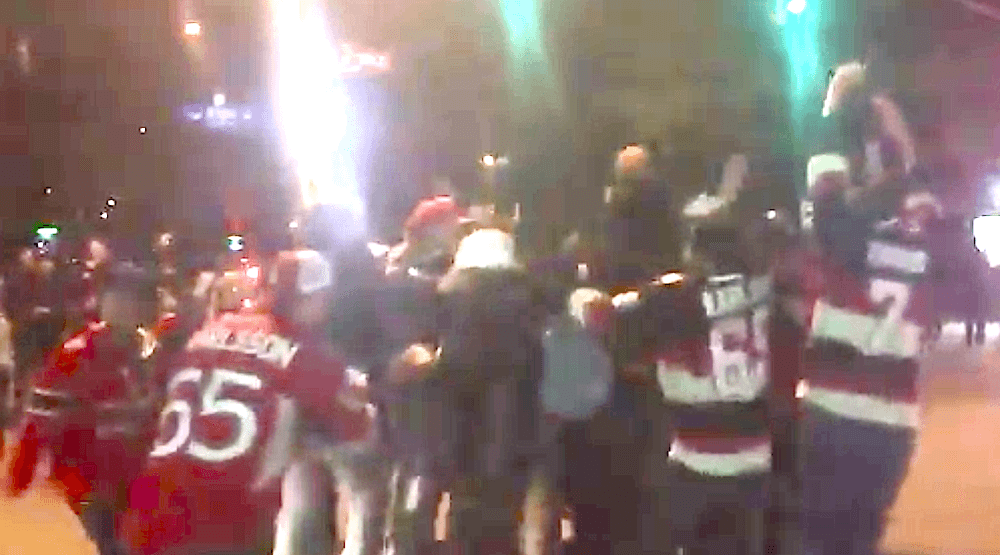 With a 4-2 win in Game 6 at Madison Square Garden in New York on Tuesday, the Ottawa Senators booked a surprise ticket to the Eastern Conference Final.

Sens fans, not surprisingly, were thrilled and poured into the streets in Ottawa to celebrate their first trip to the final four in 10 years.

And then the light turned red.

This the most Canadian thing ever: Sens fans partying in the street, but only when the light turns red. Back to the sidewalk on green. pic.twitter.com/rXDykia3BN

So energized, so rowdy! So polite.

Ottawa’s law-abiding fans will next see their team play either Washington or Pittsburgh, who play in Game 7 of their second round series tonight.