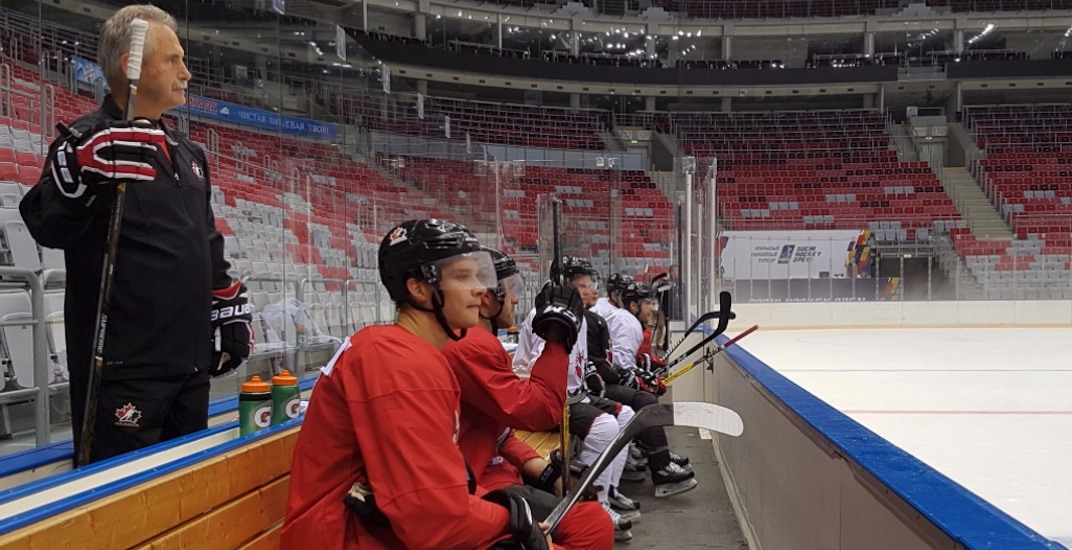 The NHL has pulled out of the 2018 Winter Olympics and the KHL could be next.

Amid a state-sanctioned doping scandal, Russia has been banned from PyeongChang 2018.

That’s obviously bad news for Russian athletes, though if shown to be clean, they may still compete with the “Olympic Athlete from Russia (OAR)” team – using the Olympic flag and anthem. This includes Russian hockey players, who could conceivably still form a team in February.

More Fasel: “We will see where things are tomorrow, in the next 48 hours. We have to see how Russia will react. We need to talk to our (IIHF) people, we need to talk to the Russians. It’s too early make statements.”

What remains to be seen though is if the KHL – the top Russian-run league – will pull its players from the men’s Olympic hockey tournament as they have threatened to do. If that happens it would affect more than just Russia, as players from numerous countries compete in the best league outside of the NHL.

That includes Canada, which was expected to have about half of its team come from the KHL. Former Canucks, Flames, and Kings forward Linden Vey is currently second in KHL scoring with 47 points (14-33-47) in 39 games. In total, there are six Canadians (Vey, Matt Ellison, Matt Frattin, Wojtek Wolski, Paul Szczechura, Gilbert Brule) in the top-30 in KHL scoring.

The best bet to start in goal for Canada is former Maple Leafs/Kings/Oilers/Canadiens netminder Ben Scrivens, who is enjoying a good season with Ufa in Russia.

Russia (or should we say “OAR”?) would be the hardest hit. Former NHL players like Ilya Kovalchuk, Pavel Datsyuk, and Andrei Markov continue to be star players in their homeland and are part of the 600+ Russian players currently in the KHL. Russia was the betting favourites heading into PyeongChang 2018 in what was supposed to be their best chance to win their first gold medal in hockey since becoming an independent nation after the fall of the USSR.

According to EliteProspects.com, 53 players from Canada currently play in the KHL, the most of any country outside of Russia.

IIHF position was any non-RUS player in KHL who’s asked to represent his country/federation (CAN, USA etc) MUST be released by KHL to play in Olympics because Olympic tourney sanctioned by IIHF and that the KHL/Russian Ice Hockey Federation are part of IIHF…

If any players from those countries chose to leave their club team they could face a suspension which, under IIHF rules, would make them ineligible for the Olympics.

Canada still has a number of notable names to choose from outside of the KHL, including Mason Raymond, Matt D’Agostini, Maxim Lapierre, and Andrew Ebbett (all playing in Switzerland), as well as Derek Roy and Rene Bourque in Sweden.