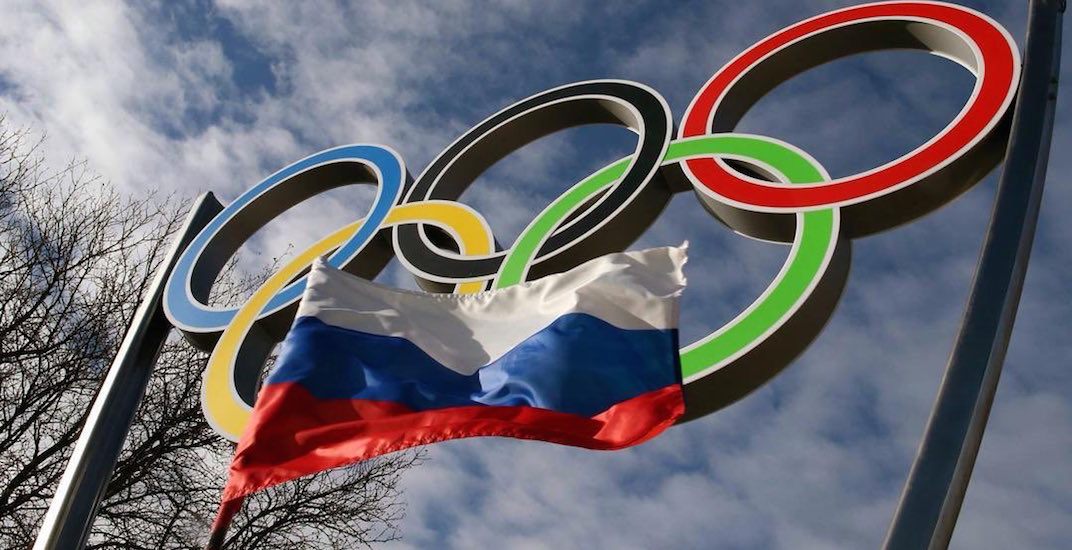 Russia will not compete at the 2018 Winter Olympics in PyeongChang.

The International Olympic Committee (IOC) made the harsh ruling to suspend Russia for the Games that begin in just two months after an investigation found “systematic manipulation of the anti-doping system” in their country.

Here’s the how the IOC summed up their findings:

The conclusions of the Schmid Report, on both factual and legal aspects, confirmed “the systemic manipulation of the anti-doping rules and system in Russia, through the Disappearing Positive Methodology and during the Olympic Winter Games Sochi 2014, as well as the various levels of administrative, legal and contractual responsibility, resulting from the failure to respect the respective obligations of the various entities involved”.

Clean Russian athletes (under “strict conditions”) will be able to compete, but under a neutral flag. The athletes, in individual or team competitions, will be allowed to compete under the name “Olympic Athlete from Russia (OAR)”.

Instead of a Russian uniform, flag, and anthem, athletes will wear an OAR uniform and will use the Olympic flag and anthem during competition.

“This was an unprecedented attack on the integrity of the Olympic Games and sport,” said IOC president Thomas Bach. “The IOC EB, after following due process, has issued proportional sanctions for this systemic manipulation while protecting the clean athletes. This should draw a line under this damaging episode and serve as a catalyst for a more effective anti-doping system led by WADA.”

After a disappointing 2010 Olympics in Vancouver, in which they finished with just three gold medals (11th-most), Russia clearly wanted to improve their performance as hosts at Sochi 2014.

They did just that, vaulting to the top of the table with 13 gold medals. Russia also increased their total medal haul from 15 in Vancouver to 33 in Sochi (more than any other country).

Medal winners from Russia have been getting caught with relative regularity since Sochi 2014, as 11 medals (including four gold) have been since stripped due to doping infractions.

“As an athlete myself, I feel very sorry for all the clean athletes from all NOCs who are suffering from this manipulation,” Bach added. “Working with the IOC Athletes’ Commission, we will now look for opportunities to make up for the moments they have missed on the finish line or on the podium.”

Here’s the full list of decisions made by the IOC executive board:

This isn’t the first time that the IOC has banned a country from competing at the Olympics.

Russian athletes from four sports (athletics, rowing, weightlifting, canoeing) were banned from competing in the 2016 Summer Olympics in Rio due to state-sponsored doping.

Afghanistan wasn’t allowed to compete at the 2000 Olympics in Sydney due to discrimination against women while under rule of the Taliban. South Africa was banned from 1964 until 1992 during the apartheid regime.

Five countries (Austria, Bulgaria, Turkey, Hungary, Germany) weren’t allowed to compete at the 1920 Olympics because of their involvement in the First World War. Germany was also banned in 1924, while both Germany and Japan were excluded in 1948 and 1952 for their involvement in World War II.

Yugoslavia was banned from the 1992 Summer Olympics, while Rhodesia (Zimbabwe) was expelled in 1972.

Russian athletes last competed under the Olympic flag as the ‘Unified Team’ at the Summer and Winter Games in 1992. The Unified Team consisted of six of 15 former Soviet republics after the fall of the Soviet Union. The Russian Federation has competed at every Olympic Games since 1994.

The Soviet Union boycotted the 1984 Olympics in Los Angeles, as a retaliation for the United States boycotting the 1980 Moscow Games during the Cold War.