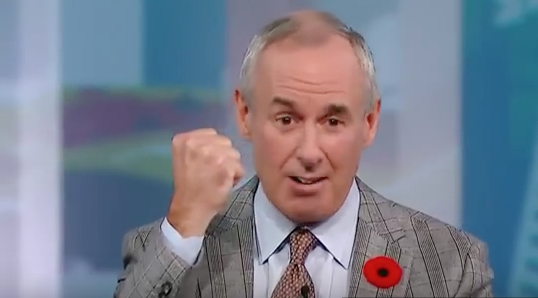 According to a report from the Toronto Star, Ron MacLean will return to host Hockey Night in Canada next season.

MacLean will replace George Stroumboulopoulos, who replaced him when Sportsnet took over HNIC’s rights two years ago. According to Sportsnet, Stroumboulopoulos was brought in to connect to a younger audience. Clearly the move didn’t pan out.

The returning host has been a part of Sportsnet’s hockey crew all along, as he continued doing Coach’s Corner with Don Cherry and Sunday’s weekly Hometown Hockey show.

For many Canadian hockey fans, the move couldn’t come soon enough, as they wondered why MacLean was replaced in the first place.

Some fans lamented a drop in HNIC’s production since Sportsnet took over, and the ratings fell this past season as well. The fact Canada didn’t produce a single playoff team surely contributed to this.

While many would like to see changes to other parts of the HNIC panel as well, changing the host is the biggest move Sportsnet could make. You can’t argue Sportsnet’s taken a step in the right direction.