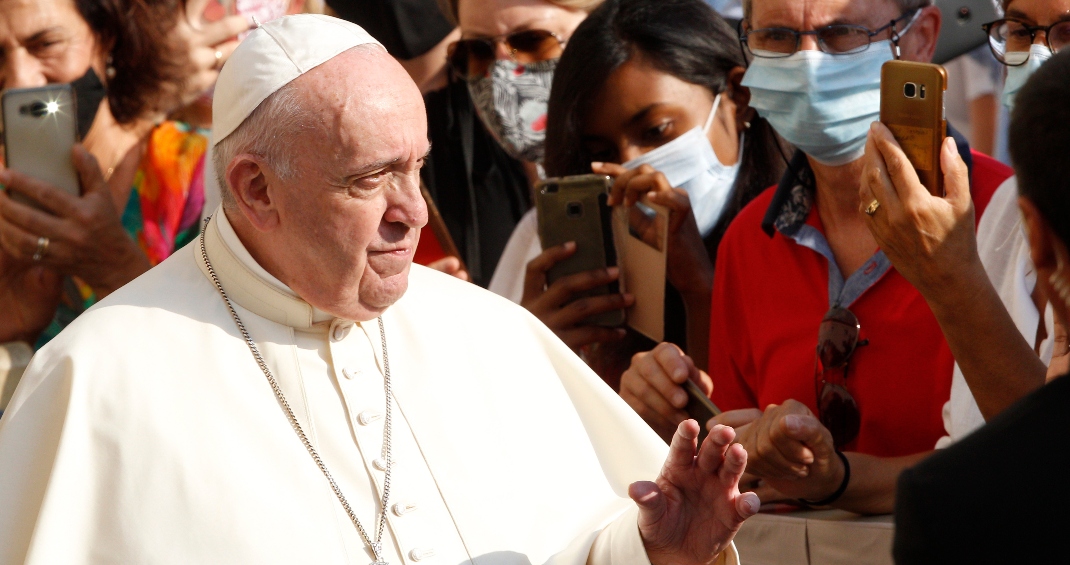 Pope Francis is travelling to Maskwacis on Monday, resulting in massive rolling road closures across central Alberta during his visit.

On the morning of July 25, Pope Francis will travel to Maskwacis for an event at 10 am that will result in rolling closures along the Queen Elizabeth II Highway southbound.

This means the highway will be closed along the route before and after the motorcade passes through, according to the Alberta government.

The QEII Highway northbound between Maskwacis and Edmonton will be closed when the Pope returns to Edmonton.

Travellers can expect short-term delays to accommodate the rolling closures and should consider alternate routes if possible.

To accommodate the movement of guests to the event, traffic impacts and restricted access to Highways 611 and 2A will occur in the vicinity of Ponoka, Maskwacis, and Wetaskiwin.

Travellers can expect closures, significant delays, and limited access along portions of Highway 2A, northbound and southbound, between Wetaskiwin, Maskwacism, and Ponoka all day on July 25. Please consider alternate routes, including the QEII Highway.

Travellers can also expect closures, significant delays, and limited access along portions of Highway 611, eastbound and westbound, all day on July 25. Please consider alternate routes, including Highways 53 and 13.

Highway closure information will also be posted on electronic message boards along the QEII Highway and Highways 2A, 16, 43, 611, and 633.