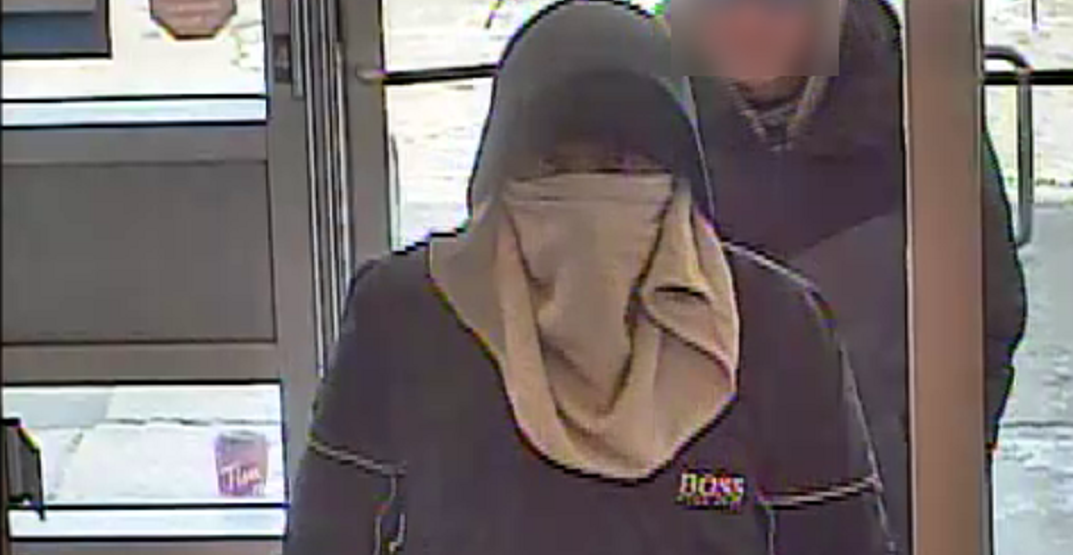 The Calgary Police Service is trying to identify and locate the man responsible for a NE Calgary bank robbery that occurred earlier this week.

A release from CPS states that the man had walked into the Bank of Montreal at 3690 Westwinds Drive NE at around 2 pm on Wednesday, April 1, made threats, and demanded money.

The man is described in the release as in his 30s, between 5’8″ and 6′ tall, around 165 pounds, and wearing a black “Boss” jackets, white latex gloves, jeans, and a white towel covering his face. 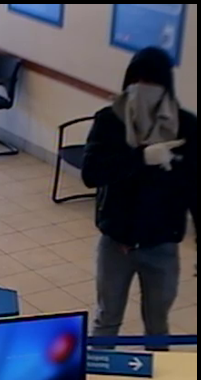 No one was injured during the incident, the release states.

Anyone with information about the bank robbery, or the identity of the suspect, is asked to contact the Calgary Police Service at their Robbery Unit by calling 403-428-8787.