You bitches better have your money! Singer/songwriter/shade-thrower Rihanna is coming to Calgary tonight with her highly anticipated ANTI World Tour, and tickets are selling like tortuga rum cakes (those tasty treats hail from Barbados just like the singer does).

So what’s all the fuss about? For starters, her latest album ANTI is a smash and generated the hit single “Work”, which is still the number one song on Billboard’s Hot 100 chart as we speak.

The NSFWWWWW (Not Safe For Work Work Work Work Work) video features a cameo from rapper Drake, who joined Rihanna onstage at her Toronto concert two weeks ago. The pair performed “Work” and Drake called her “the greatest woman I’ve ever known in my entire life”.

We had a peek at Rihanna’s setlist and are stoked to report that her Calgary show will feature an equal mix of new stuff and classic tracks. Her EDM stomper “We Found Love” made the cut, and the diva made headlines when she joined Calvin Harris on stage at Coachella last weekend to perform the song live with him.

Harris likely won’t return the favour on Thursday night, but it’s possible that rapper Travi$ Scott might join Rihanna for an impromptu duet. Scott is serving as Rihanna’s opening act and co-wrote “Woo” for the singer, who he called his “muse” in an interview with Complex magazine.

The Barbadian beauty is also expected to perform “FourFiveSeconds”, her epic 2015 collaboration with Kanye West and Paul McCartney. Calgary fans with front row tickets should be aware that Rihanna might offer her mic to you during the song so don’t forget the lyrics.

A few tickets are still available for Rihanna’s concert here. 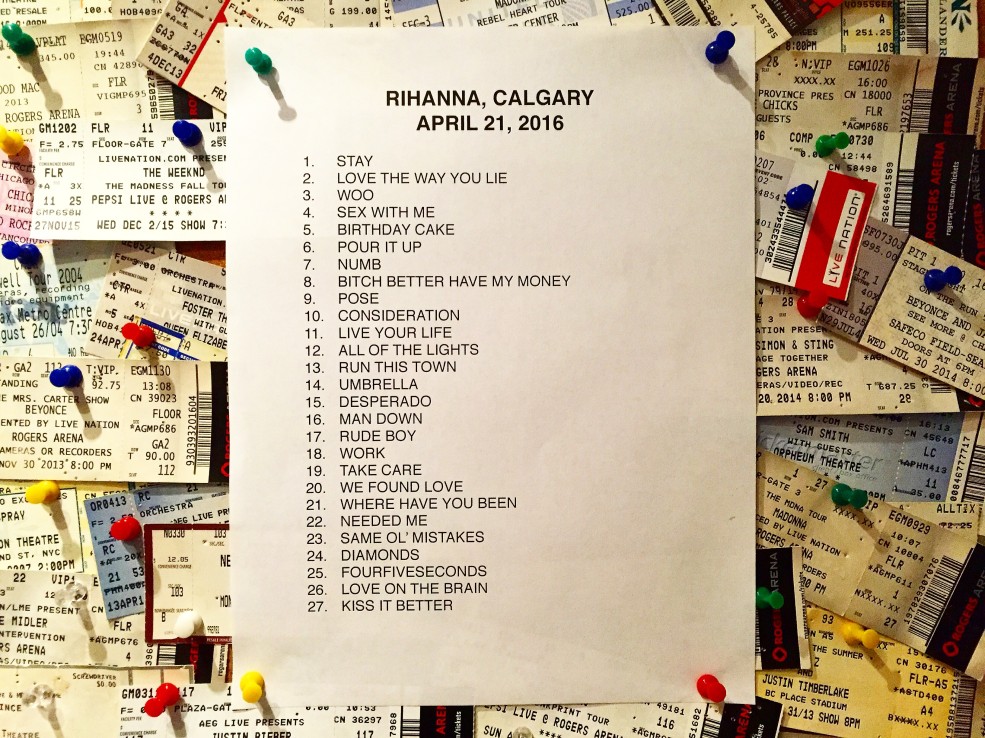