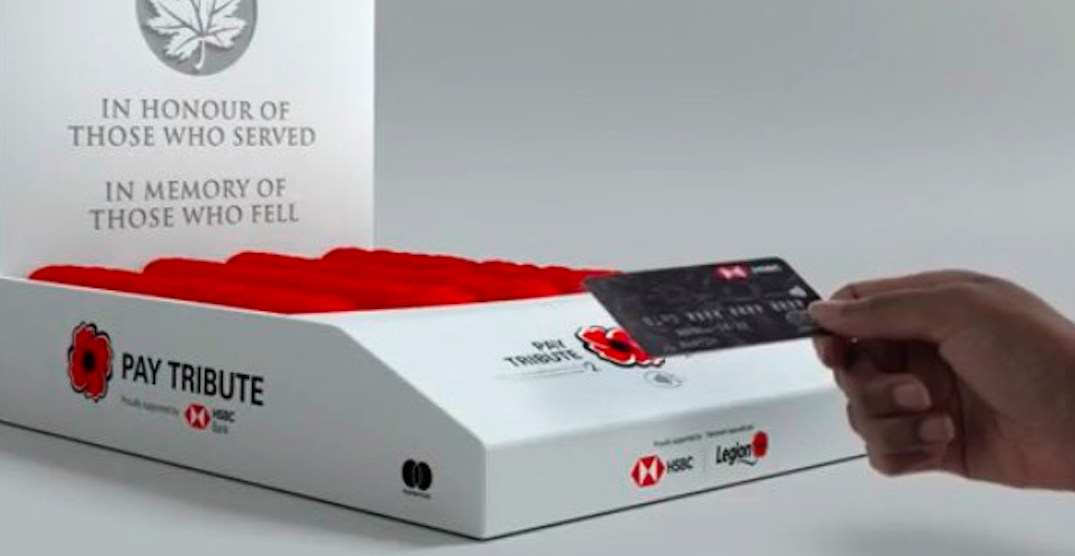 While the tradition of wearing a poppy on Remembrance Day will continue this year, Canadians will have a new option when it comes to getting one for themselves and donating to the Royal Canadian Legion in return.

“We are excited to present this new way to make it easier for Canadians to donate during the National Poppy Campaign,” said Thomas D. Irvine, Dominion President, the Royal Canadian Legion, in a statement. “We are pleased to partner with HSBC Bank Canada on this innovative initiative and hope that it will grow in the years to come.” 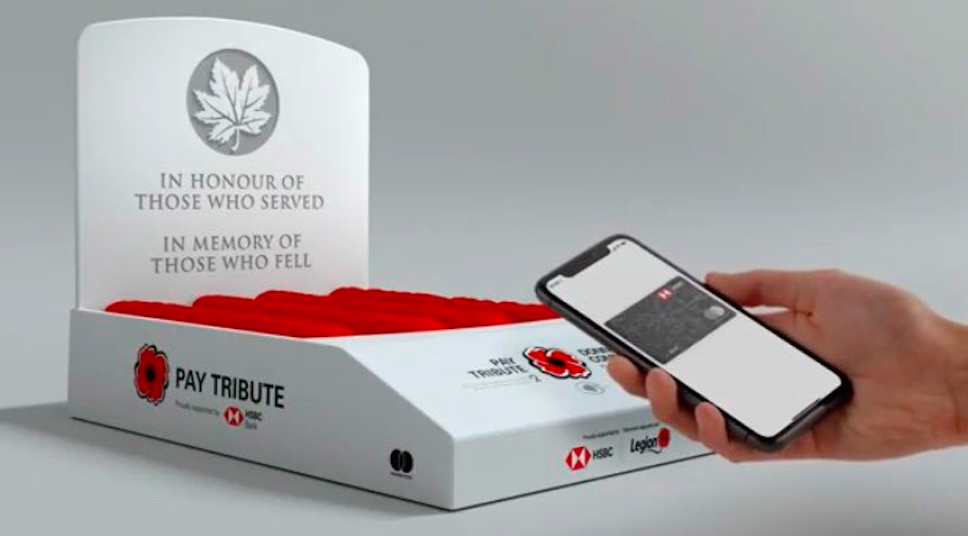 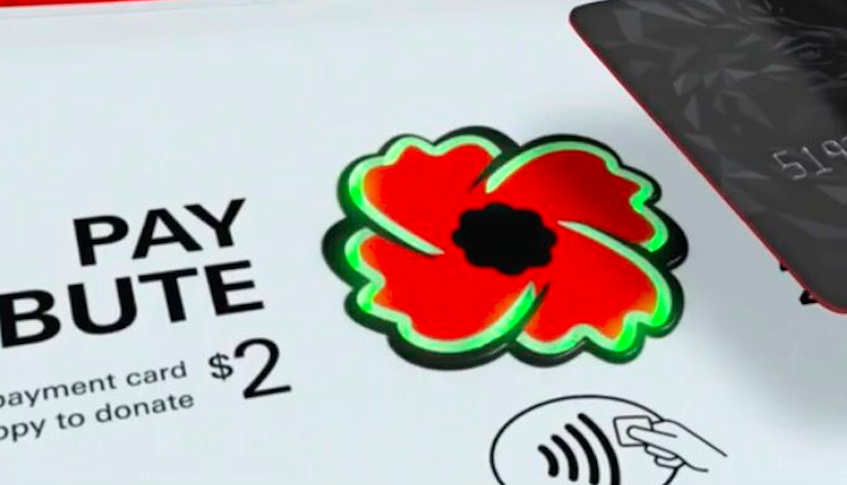 “I can’t think of a more honourable community to support,” says Larry Tomei, Executive Vice President and Head of Wealth and Personal Banking at HSBC Bank Canada. “We’re proud to work with the Royal Canadian Legion, to help serve the veterans that served our nation at time of conflict and while maintaining peace.”

With a “little ingenuity and care, we’ve been able to bring our team and partners to the table to design something that we think will continue to contribute to the success of the Royal Canadian Legion’s poppy campaign now and for years to come,” he added.

Amongst the traditional poppy boxes found coast to coast, a total of 250 HSBC “Pay Tribute” donation boxes will be distributed nationally across the HSBC Bank Canada branch network starting Friday, October 30, and within select Royal Canadian Legion branches and other locations.