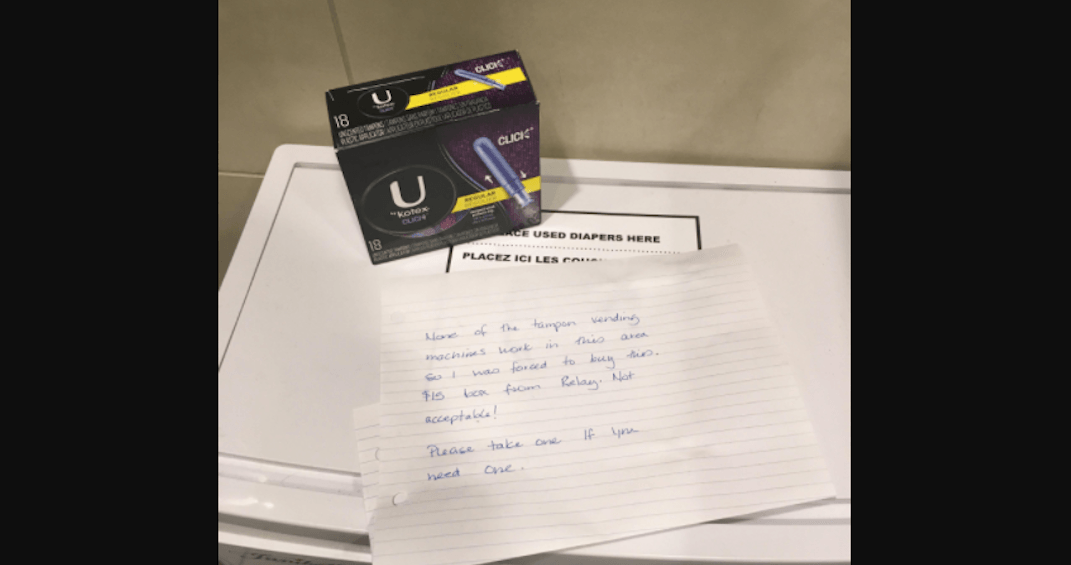 A woman who thought to do a good deed for a few people at the Calgary International Airport unknowingly helped out thousands down the line.

The woman decided to leave behind the box of tampons she had to purchase at the airport after finding all the vending machines empty or out of order. According to a note left with the tampons, the box of 18 was selling for $15, so she figured she could help some out others who may be in the same boat.

“None of the tampon vending machines work in this area so I was forced to buy this. $15 box from Relay. Not acceptable! Please take one if you need one,” the note read. 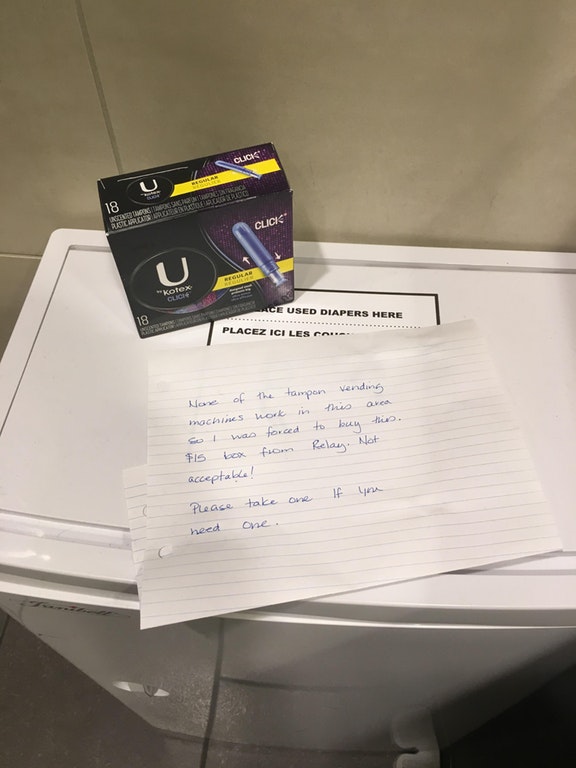 A fellow traveller, Reddit user carleefries, found the box and decided to share the good deed on the internet.

“Lady bro in the bathroom of the Calgary Airport! I appreciate you!” she posted to the subreddit /r/humansbeingbros.

They responded to the original post stating that prices have been reduced on boxes of tampons at the airport, and that the vending machines have been filled.

“Update: our maintenance team has checked and filled all vending machines in the washrooms, and our retailer Relay has adjusted the price of tampons to $6.25, effective immediately.”

Dean Paddock, the director of corporate communications for Calgary Airport Security, said that the vending machines are being checked, and that guests in a similar situation can also visit the airport’s information desks.

“The vending machines located in the washrooms are checked regularly to ensure they are in working order and fully stocked. We also have essential items available free of charge at each of our information desks.”

Paddock also stated that the airport is glad that Relay decided to drop the price.

“We shared the customer feedback found on Reddit with our retail partners and we were pleased with their response,” he said in an email to Daily Hive.

“We’re committed to providing a positive experience for our guests, as such we value the feedback we received.”

The woman who originally left the box may not even know it yet, but her simple act of kindness went a long way.