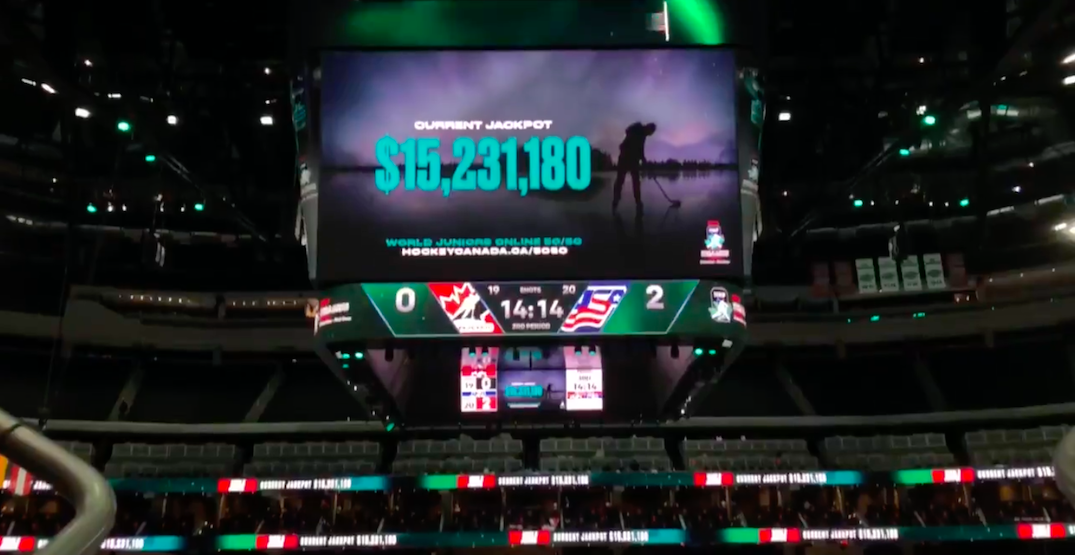 The final winning 50/50 ticket for the World Juniors is a new all-time high.

After Canada’s upset loss to the United States in the gold medal game, Hockey Canada announced the final 50/50 jackpot had surpassed $17 million.

Alberta, we are blown away by your generosity through the #WorldJuniors. You have made a major impact on the hockey community! Check your tickets.

Both the final total jackpot as well as the winnings are all-time highs for the World Juniors 50/50, which was held entirely online this year for people in Alberta.

During the tournament, the 50/50 total exceeded one million dollars four times, with the final two 50/50 prizes getting a $1.9 million boost because of a previous unclaimed prizes. Combined jackpots during the entire Edmonton-hosted tournament totalled over $34 million.

Half of the money raised goes to the Hockey Alberta Foundation, a not-for-profit organization helping grassroots hockey in Alberta.