Raw Eatery & Market is a collaborative project founded by Ali Magee and Megan Pope, whose vision is to connect community and earth in a sustainable cycle. Their Kickstarter page, which is genrating funding for their new project, has raised over $14,000 in just over two weeks.

“We chose Kickstarter because it gives everyone a chance to join and build our project with us from the ground up. The reward system is awesome, because unlike a traditional loan or investment we don’t give up any equity, and rather than be weighed down by debt during our first while, we can actually be serving the meals, or other rewards, that were purchased,” says Magee.

The founders originally began as food bloggers, starting with Restorative Raw and eventually turning to The Collective Raw. After meeting at the University of Edmonton, they moved to Toronto for a few years before landing back in Calgary, where Magee is from. “It’s home for me, a major agricultural hub, and it’s just on the edge of the healthy eating trend that other cities like Toronto and Vancouver are already saturated with.” 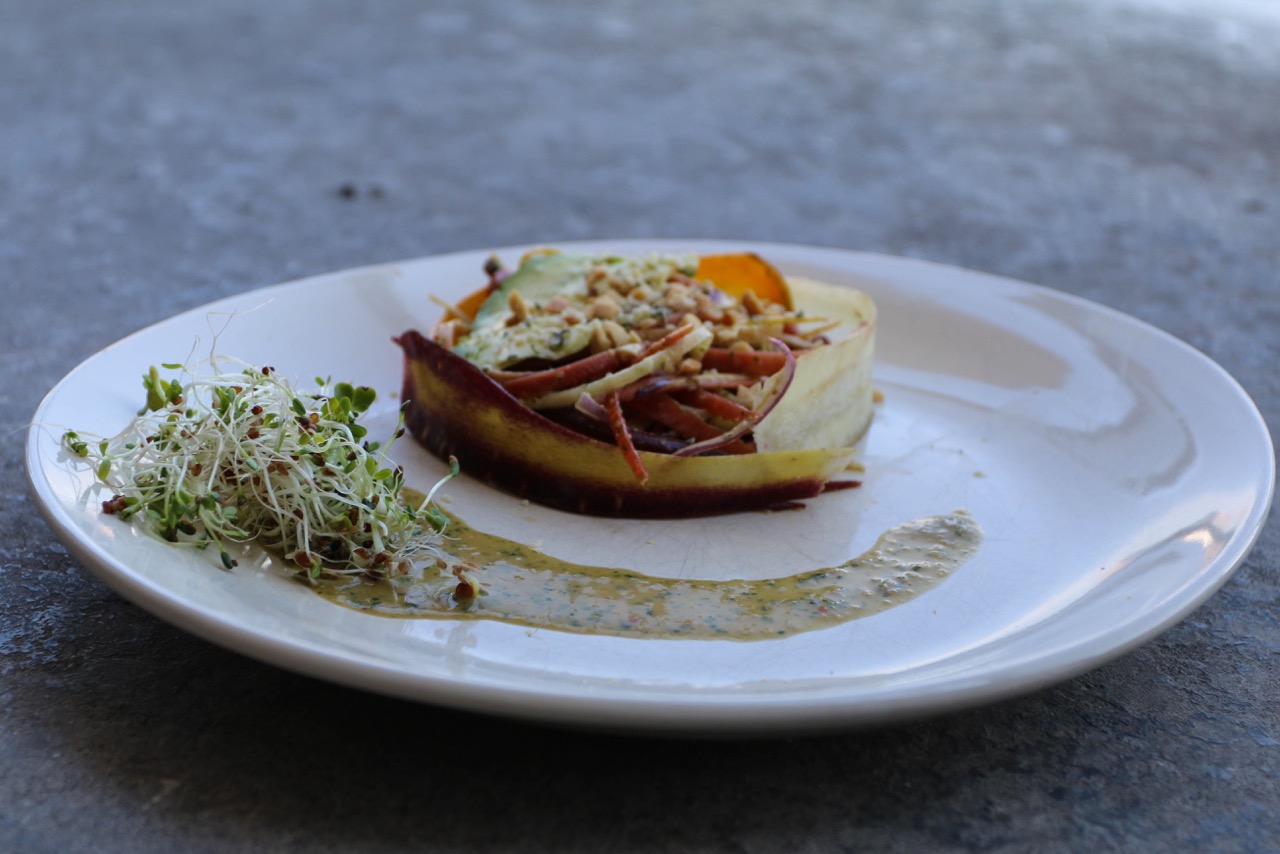 While looking for a home for Raw, “a real stroke of luck” landed them in the high traffic neighbourhood of Kensington. It is there they hope their funding will be used for renovations and for purchasing appliances, furniture and inventory. But Magee says that although the campaign focuses on the restaurant, they are going to be offering more that what’s on the menu.

“We will also be hosting cooking and nutrition classes, as well as be serving as a retail for other locally made, or specialty health products/foods,” she adds. “We want to draw a big focus to sustainability with our foods. We want to do this by involving the community as our suppliers, and also to start some city-wide sustainability initiatives.”

Their target goal crowdfunding goal is $38,000 by March 5. Their Kickstarter page outlines edible rewards, as well as the risks and challenges they may face. This includes that the raw lifestyle is in the preliminary stage of development in Calgary and Alberta.

“There is a risk that the trends will not progress, or that they will progress at a slow rate. However, evaluation of restaurant and health trends has displayed the movement is swiftly gaining popularity. We strongly believe the innovative and young population in Calgary will be driven to same tendencies as other major Canadian cities,” they state on the page.

With Calgary’s food scene always expanding, this may not be a far-fetched idea.

“Calgary’s culinary scene is definitely growing,” Magee elaborates. “We think there are a lot of great spots open, and we want to add to that mix. We think that Raw will add to the diversity of healthy options, and it will provide people the opportunity to eat food prepared in a way that they might not be used to, and hopefully they’ll find it delicious.”