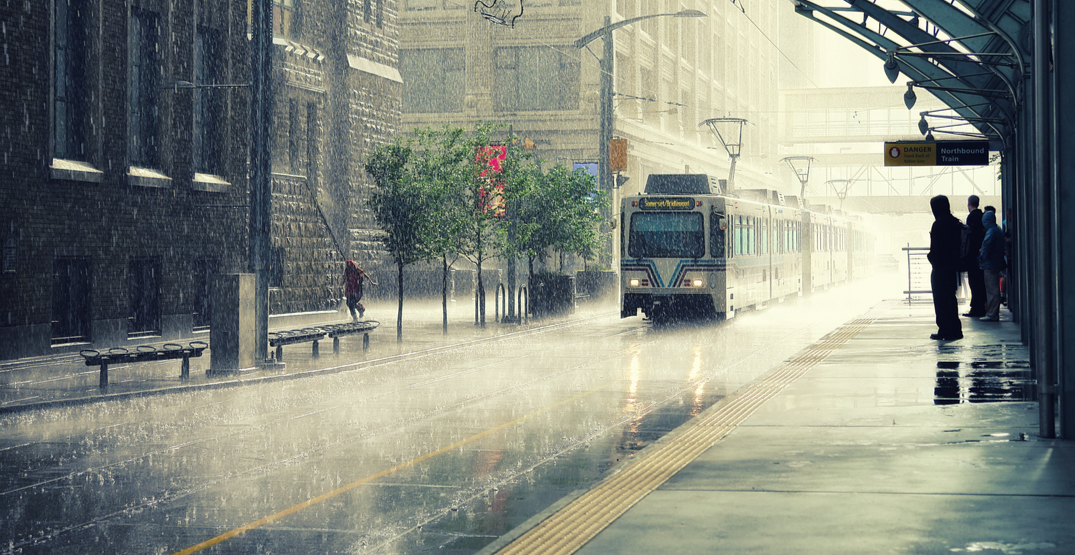 Rainy days are on their way to Calgary.

…As well as the chance of thunderstorms, highs hovering around 20°C, and one particularly nice day to enjoy throughout the coming week, according to The Weather Network’s seven-day forecast.

But before we get to all that, here’s what Calgarians can expect to see in the forecast for the rest of the day.

This Tuesday keeps its sunny streak going, with highs of 22°C this afternoon and a partly cloudy overnight dropping down to around 10°C.

Wednesday follows up just a little wetter, with less than 1 mm of rainfall coming down on an otherwise warm and sunny day with a high of 24°C.

Thursday is the real standout this week, however, with mainly sunny skies, just a 30% chance of precipitation, and a high of 25°C that is apparently going to feel a little closer to 29°C. 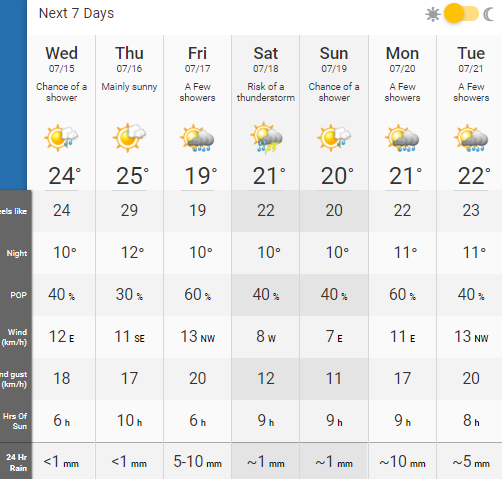 If only those types of temperatures could stick around into the weekend… but Mother Nature has some other plans in store for us.

Friday brings around 5 to 10 mm of rainfall and a POP of 60%, though Saturday is when you really need to be watching the skies, as a risk of thunderstorms for Calgary could prove dangerous.

Still, temperatures remain reasonable all throughout the weekend, at highs of 19, 21, and 20°C for Friday, Saturday, and Sunday, respectively.

This is Calgary, though, so keep in mind that weather forecasts can chance at the drop of a hat out here — so here’s hoping that it’s a change for the better, rather than the wetter.