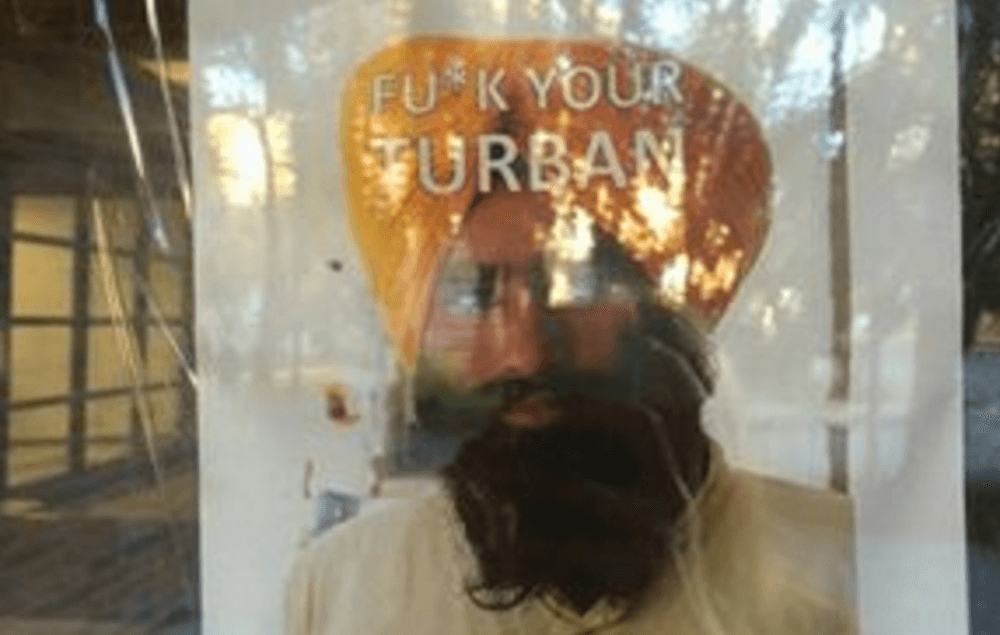 Posters set up around the University of Alberta campus stating racist remarks have started a national conversation.

Members of Parliament, University of Alberta staff, students and Edmonton Mayor Don Iveson have all taken to twitter to condemn the posters.

Here’s hoping there’s a camera at Rutherford that got a good look at whomever put that up. That would #MakeItAwkward https://t.co/GMnzGNRs1o

For those of you who can’t read the fine print, below the poster someone has taken the time to write: “If you’re so obsessed with your third-world culture, go the fu*k back to where you came from!” Then they’ve included the hashtags “Non-Integrative” and “Invasion,” because they, douchebags can be social media savvy too.

While ImmigrationWatchCanada.org is also written across the bottom of the poster, that site, despite it’s own issues, has released the following statement:

We wish to inform our supporters that we strongly condemn this flyer, and permission was not sought from our board for this to be circulated. We strongly believe in dissecting the immigration issue with constructive arguments, supported by irrefutable facts. We do not support flyers taking on a strictly vulgar and emotionally-charged narrative!! Using our URL and/or trademark without proper approval will not be tolerated, and violators will be pursued.

Pleasure to speak in the House against anti-turban poster found at UofA. I stand proud with @HarjitSajjan and all other Canadian Sikhs. 👳✌

…and we’re proud of the enormous contributions Sikhs make to this country every day. #MakeItAwkwardhttps://t.co/qjDK4TKe2W

“Earlier today, disturbing racist posters were discovered on our campus. As soon as they were brought to our attention, the posters were removed. Any new posters found will also be removed immediately. Unfortunately, similar posters have also been found on other Canadian university campuses. We are working with University of Alberta Protective Services to find the parties responsible. The University of Alberta is a space that is open to all people and we take pride in the strength of our diverse community.”