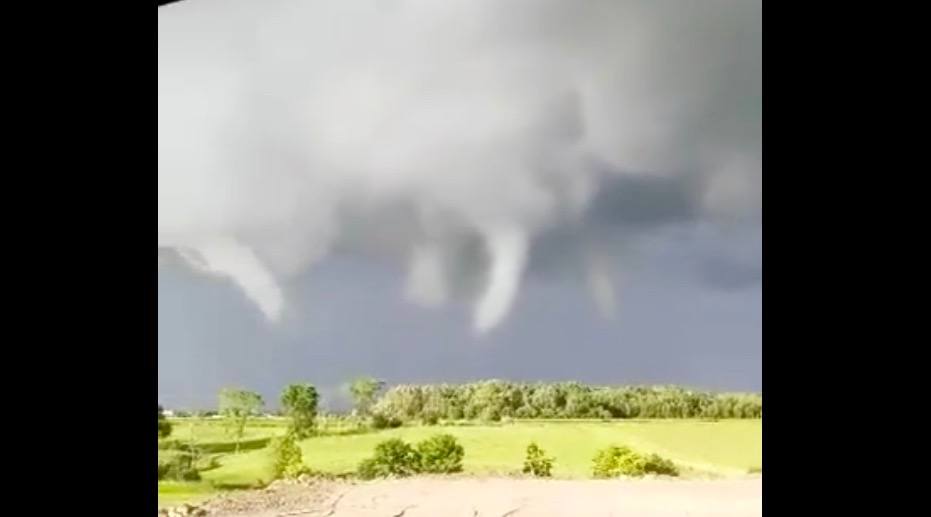 St-Ubalde is approximately 2.5 hours northeast of Montreal and just over an hour west of Quebec City. According to The Weather Network, “Archived radar velocity (see below) shows a supercell formed Wednesday just after 7 p.m., which is about the time Rouleau posted the video to Facebook.” 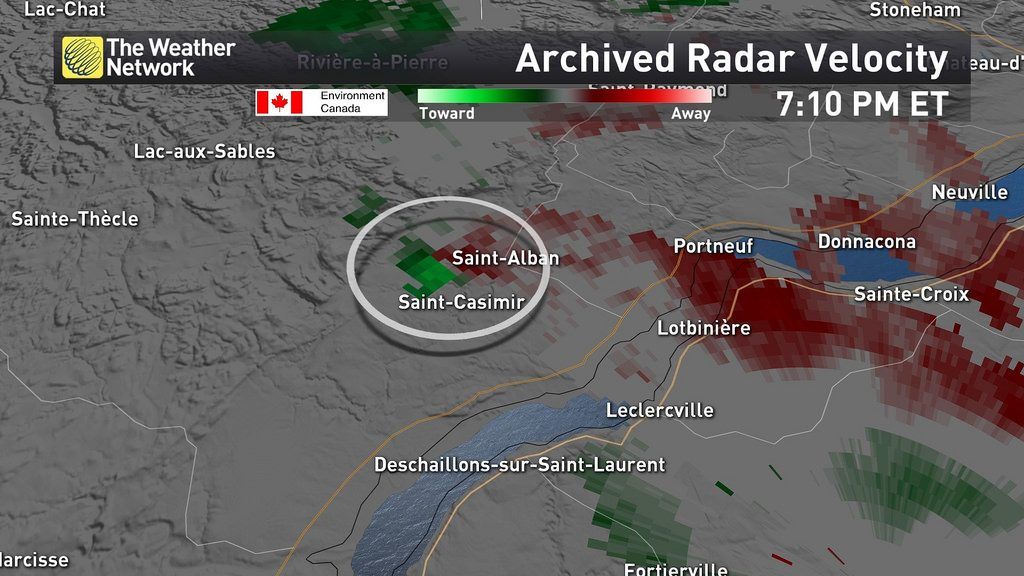 The Weather Network reports that the four funnels captured in the video are not dangerous on their own but that if they maintained their form long enough to touch the ground they would be capable of forming a full tornado.

Watch Rouleau’s incredible footage below, which has already been viewed nearly 30,000 times since being shared on Facebook last night.