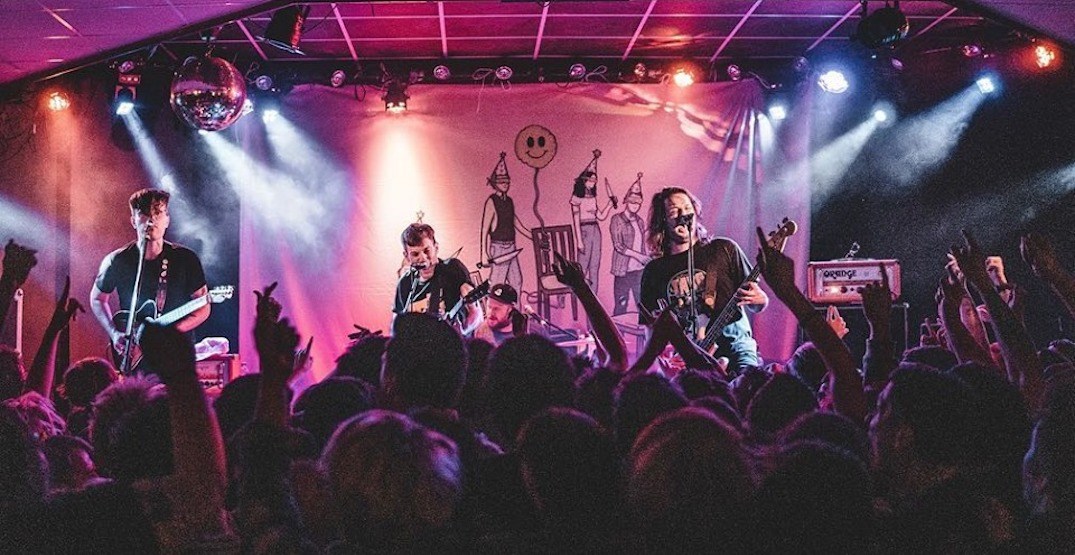 When it comes to high-energy bands, you’d be hard-pressed to find a more adrenaline-filled concert than a PUP show.

The punk rock band hailing from Toronto, Ontario has been fuelling mosh pits and surfing crowds since their Topanga years in the early 2010s and will be bringing their music back to Calgary for a show this fall.

The band is set to see the stage at MacEwan Hall on Friday, October 11, with the concert kicking off at 7 am.

PUP will be accompanied by guests Charly Bliss, who will get the crowd going before the main event.

The concert is coming hot on the heels of the band’s most recently released album, April 2019’s Morbid Stuff —  though we’re sure that PUP mainstays like “If This Tour Doesn’t Kill You, I Will,” “Kids,” and “Reservoir” will all (likely) be in the night’s setlist alongside the newer offerings.

Tickets to the show are currently available at Eventbrite for $25 a head, with all ages being welcome to attend.

Here’s a taste of what to expect come October: