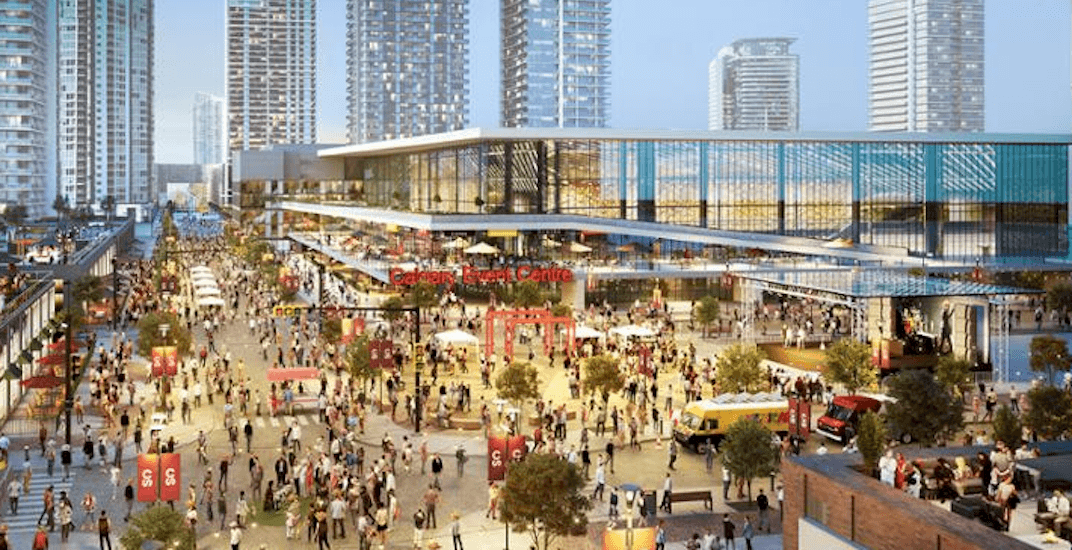 The wheels are turning on one of the largest construction projects Calgary has ever seen.

After years of deliberations between the City of Calgary, the Province of Alberta, the NHL, and the Calgary Flames, a deal was finally struck to erect a new event centre to act as the home of the Calgary Flames.

With construction set to begin in August 2021, the Calgary Municipal Land Corporation (CMLC) — the organization overseeing the project — has announced the project team it has chosen to take on the momentous job.

According to a release from CMLC, local multi-disciplinary design firm DIALOG and global design, architecture, engineering, and planning firm HOK have been brought on to design the Saddledome’s eventual replacement.

The firms CANA Construction and Mortenson Construction have also been tapped to turn the renderings into reality over the coming years, according to the release.

“The event centre will be a year-round entertainment facility that will serve as an extraordinary civic amenity for Calgarians and visitors to enjoy for generations to come,” said Kate Thompson, President and CEO of CMLC, in the release.

“First and foremost, we were looking for a team to work alongside us for the next five years, we’re confident in our selection of DIALOG + HOK and CANA + Mortenson based on their collective experience, capabilities, and understanding to deliver a venue that demonstrates Calgary’s pride and spirit.”

Construction will begin in 2021 with the completion of the $500 million event centre expected for May of 2024.