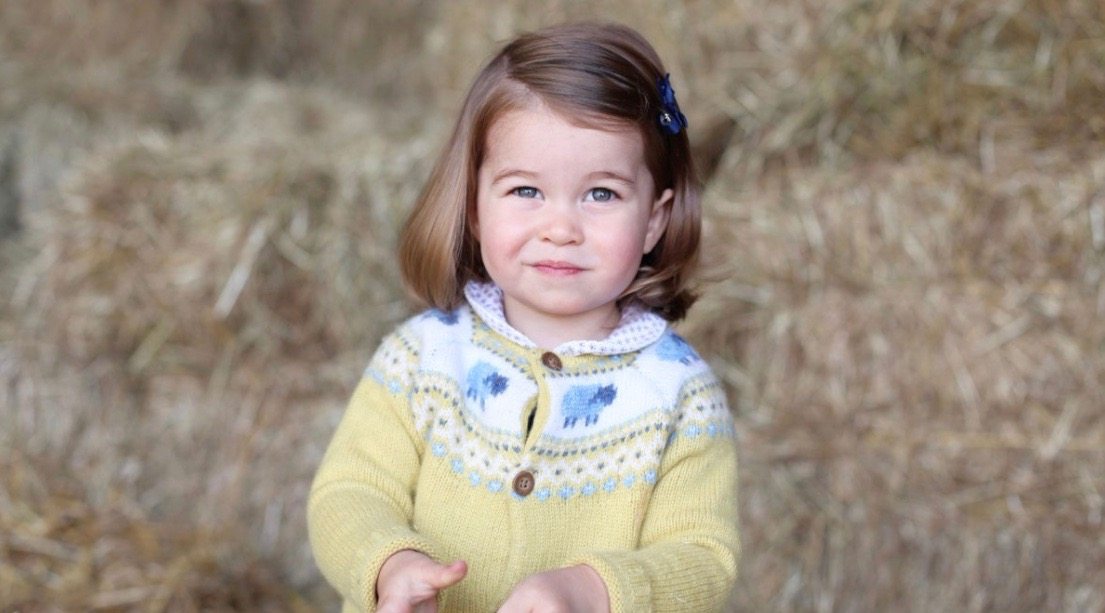 Well, that is, this is what she will look like at 2 years old as long as she doesn’t change too much between now and tomorrow.

To celebrate Princess Charlotte’s 2nd birthday tomorrow, Kensington Palace has released an official (and adorable) photo of the littlest royal.

The Duke and Duchess are delighted to share a new photograph of Princess Charlotte to mark her second birthday tomorrow 🎈 pic.twitter.com/0Xftc3EFPz

The tweet has already been liked more than 30,000 times since it was shared early this morning London time.

Photos of Princess Charlotte of Cambridge or Charlotte Elizabeth Diana, have been rare due to her parents’ desire to keep her out of the media limelight.

It is worth noting that the tyke is in fact 4th in line to the thrown behind her grandfather Prince Charles, her father Prince William, and her old brother, Prince George.

And being the youngest, it’s not impossible to imagine that one day Queen Charlotte may in fact reign. But for now, it looks like she’ll have to settle for just being royally cute instead.