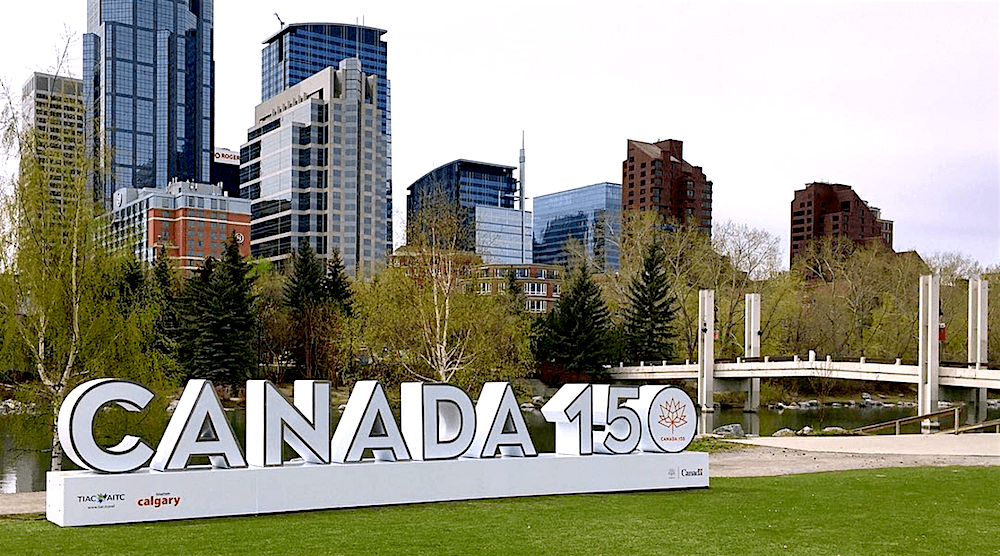 A new three-dimensional Canada 150 sign has been unveiled in Calgary at Prince’s Island Park to celebrate the 150th anniversary of Confederation.

As one of the 18 other signs installed in provincial and territorial capitals and a number of iconic tourist destinations, the 3D sign is creating vibrant gathering spaces across the country for Canadians and tourists alike to celebrate this special moment in Canada’s history.

“I invite all Canadians to experience these pieces of public art in their own communities. Bring friends and family to take part in the many festivities during this exceptional anniversary year!” said Minister of Canadian Heritage, Mélanie Joly in a release.

Signs will be on display until at least the end of 2017 with all structures featuring the word Canada and the number 150. Cool bonus, the sign lights up for those night time pictures.

Amazing day with amazing people! Thank you to all who came out and hung out with us on your holiday Monday. #crossfit #canada #canada150 #holidaymonday #sunnyday #teamwork #lovethatkettlebell

Sunrise 6k to celebrate the upcoming marathon this weekend @calgarymarathon and 150 years of this melting pot of cultures and diversity! These humans are fast AF. Get your most confused, mismatched, perplexed outfits, Wednesday is YEAR BOOK PHOTOS! #justshowup #novemberproject #yyc #noexcuses #freefitness #yycfitness #yycliving

I wanted to do a handstand on the 5 of the 150; I settled for a handstand beside the sign instead.🙈 #HandstandCity 🤸🏼‍♀️ • • • #handstand #canada150 #canada #calgary #yyc #downtown #maylong #sunshine #sunny #blueskies #sundayfunday #whynot #alberta #travel #travelalberta #riverside #upsidedown #gymnastics #fitness #fitgirl #150