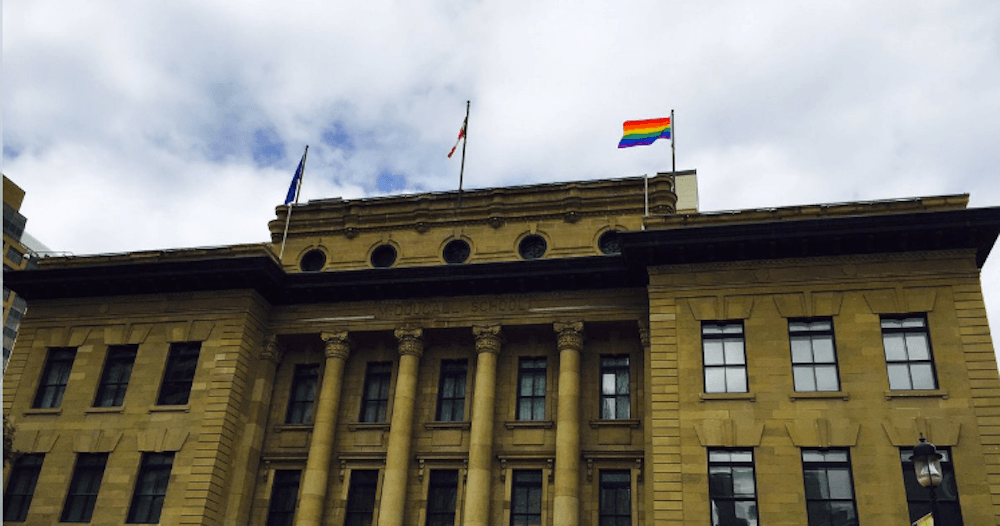 Calgary based MLA’s are ecstatic about today’s historical raising of the Pride Flag at the Alberta Governments’ Calgary office.

“Today I had the great honour of raising the Pride flag at McDougall Centre as part of Calgary Pride celebrations, marking the first time the flag has flown at the home of the provincial government in Calgary. I’m very proud to be part of a government that has three openly gay MLAs and a cabinet minister and has taken historic steps to create a more inclusive and welcoming province. In the last year, we have amended the Alberta Human Rights Act to include gender identity and expression, and worked to create safe and caring schools for LGBTQ students and staff,” said Miranda in a statement.

flag is raised! What an honour. Thank you to @abndpcaucus mates for being here for historic moment! #YYCPride #ableg pic.twitter.com/OFc2GpU8AY

For the first time ever the Pride flag has been raised at McDougall Centre, happy #YYCPride! #ableg pic.twitter.com/2i965kB0d8