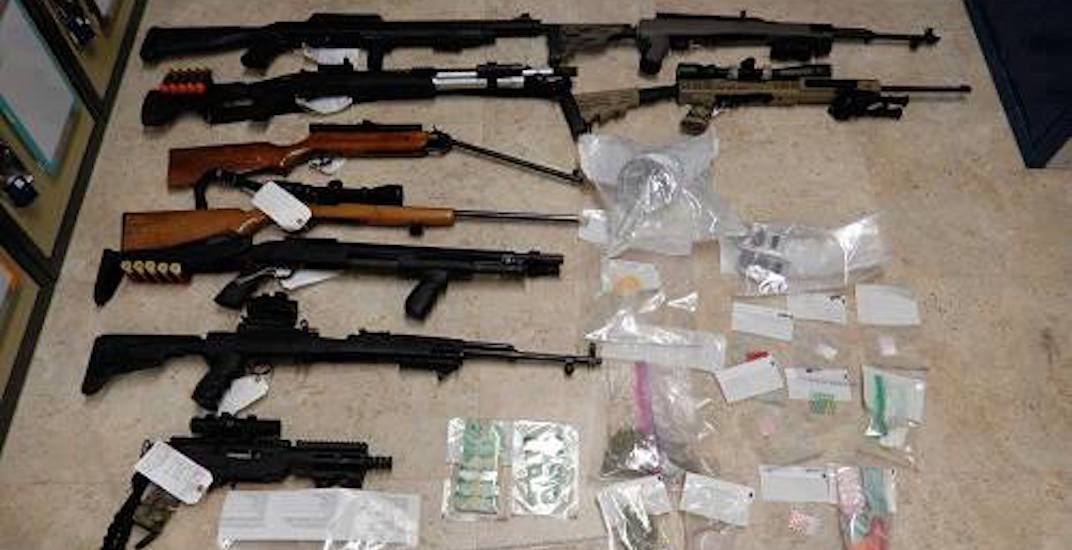 It’s a good thing they didn’t try to put up a fight.

Three Airdrie residents were arrested during the traffic stop of two vehicles on October 12, after an investigation into drug trafficking targeted them as suspects, according to a release from the Airdrie RCMP.

The police found drugs in both the vehicles, which led to a search of the suspects’ home on October 13. The search warrant “resulted in the seizure of eight firearms, ammunition, cash, suspected cocaine, methamphetamine and marijuana as well as two imitation firearms and evidence of drug trafficking,” according to the release.

Their next court appearance will be on December 7, while Hagel’s will be on November 23.