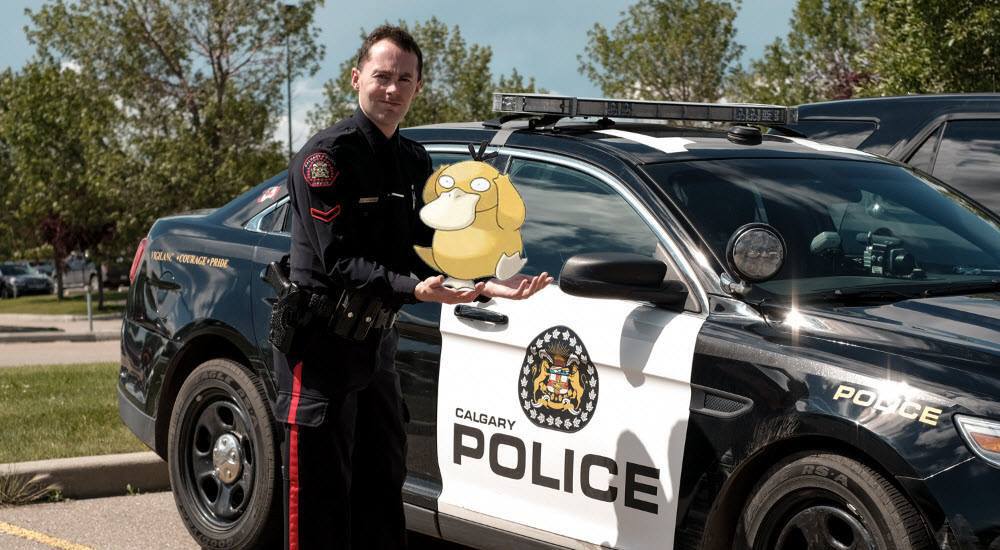 Even the Calgary Police have gotta catch ’em all it seems… at least if a recent tongue-in-cheek Facebook post about Pokémon GO is anything to go by.

“In the past couple of days, staff members at Calgary Police Headquarters began reporting a presence of suspicious creatures and shadowy figures lurking along the corridors,” reads the post.

“Constable Mark Smith initiated an investigation and found the culprits to be a Psyduck and a Weedle. The ‪#‎Psyduck‬ was safely captured into a Poké Ball but ‪#‎Weedle‬ managed to escape and is still on the loose.”

There’s also a pretty awesome photo of Const. Smith (embedded in full below) proudly holding the Psyduck in custody. Should we tell him the Weedle is right behind him?

Of course, the post is an attempt to lure Pokémon players into reading some safety tips, after Calgary Police had to respond to calls involving Pokémon trainers.

So, according to Calgary Police, if you ‪#‎GottaCatchEmAll‬, please heed these safety messages: