Over the next month, for the first time in approximately a decade, five planets will be bright enough to see with the naked eye.

The rare astronomical event will allow residents in Calgary to see Mercury, Venus, Mars, Saturn, and Jupiter lined up in an arc within the span of a few hours during the late evening and early morning pre-dawn periods.

Clustered over the southern skies, it begins with Jupiter just after 10 p.m., followed by Mars at 2 a.m., Saturn at 5 a.m., Venus at 6 a.m., before finishing with Mercury at 7 a.m. – shortly before sunrise, according to Earth Sky. The brightest planet is Venus, followed by Jupiter and Saturn; Stargazers are advised to find Venus and Saturn first as points of reference for pinpointing the location of the other planets.

Depending on weather conditions, the planets will be visible nightly until February 20, when Jupiter disappears below the horizon leaving four remaining planets in the sky.

The best locations to view the phenomenon are away from light pollution with a southward orientation. 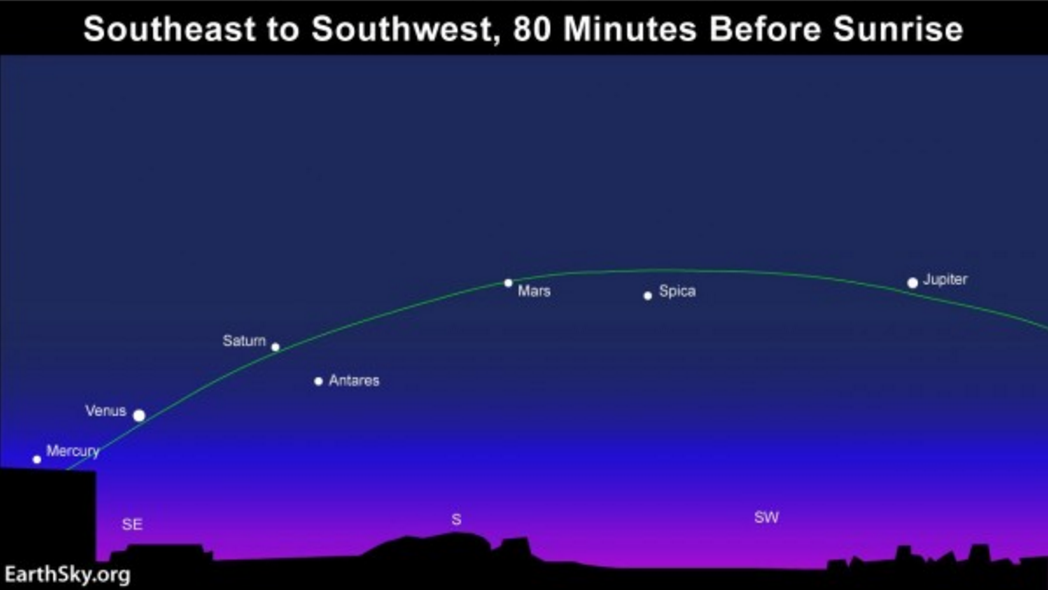